Once Upon a Time in Italy 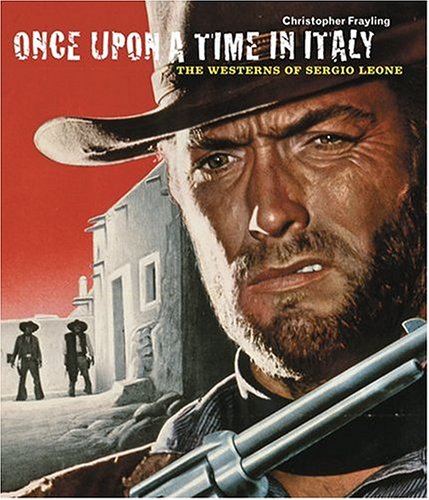 From Amazon: In the mid-1960s an unknown Italian film director named Sergio Leone was given $200,000 and some leftover film stock, and he went to make a Western. With an American TV actor named Clint Eastwood and a script based on a samurai epic, Leone wound up creating A Fistful of Dollars, the first in a trilogy of films (with For a Few Dollars More and The Good, the Bad, and the Ugly) that was violent, cynical, and visually stunning. Along with his later masterpiece, Once Upon a Time in the West, these films came to define the "Spaghetti Western," a genre that has influenced such contemporary filmmakers as Martin Scorsese, John Woo, and Quentin Tarantino.

Written by the preeminent Leone scholar, this is the first illustrated book to focus on his Westerns, illuminating his visual style, offbeat sense of humor, and sophisticated, elliptical way of telling stories. Augmenting the text are a wealth of visual materials, as well as interviews with Leone, Eastwood, Eli Wallach, Lee Van Cleef, Bernardo Bertolucci, composer Ennio Morricone, designer Carlo Simi, and others. The book accompanies an exhibition with the same title opening in July 2005 at the Autry National Center's Museum of the American West in Los Angeles.