Once Upon a Time in the West review by Phil H 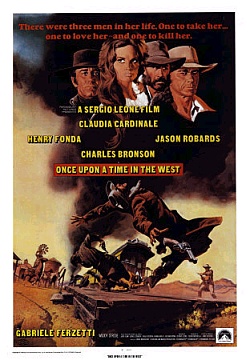 How do you begin to review a film of this magnitude? In a way, to discuss it in the same terms as other Spaghetti Westerns (love them though I do) is almost a nonsensical endeavour. Certainly it was directed and written by Italians, shot in Almeria and Rome and contains many of the conventions we expect from a eurowestern. But to compare it to the average western produced in europe in the 60's and 70's is like equating a weasel with a race horse. They both have 4 legs and a tail but they are very different animals.

Let me make it clear that I do not mean to denigrate the average Spaghetti Western. It is merely that Once Upon a Time in the West is an opus of such magnitude, on such a scale that it defies comparison to almost anything, let alone a low budget action picture. No, this film is something else entirely.

By 1968, when the film was made, Sergio Leone's reputation was firmly established. The financial and popular success of his three 'Dollar' films had made him the toast of the italian film industry and gained him admirers all around the world. As a result, the time was ripe for him to extend his wings and gain the substantial backing he required to realise his dream and make the western he had always wanted to. Not just another action fest, but a filmic fairy story. An homage to all the westerns and western film makers he had loved for so long. At the same time, he could step away from the genre, having said everything he wanted say in it.

This extra funding allowed him to cast actors he had always wanted but could never afford before. Henry Fonda, Jason Robards and Charles Bronson were all luxury items. It also allowed him to shoot some footage in the U.S. Something unthinkable a couple of years earlier. But mostly it allowed him the freedom to work on a canvas far larger than anything attempted in a european western before or since. And it is here that the real contrast between this film and other Spaghettis becomes apparent. At close to 3 hours in length, and with a storyline which includes greed, revenge and the end of the frontier, this is an epic in every sense.

At it's core Once Upon a Time in the West is a film about change; of changing times and its protagonists ability, or inability, to change with them. Harmonica (Bronson), Frank (Fonda) and Cheyenne (Robards) are all men of the old order of the west. Their time has passed and although Frank attempts to create a new place for himself in the business world of the crippled Morton (Gabriele Ferzetti) it is clear that there is no place for any of them in the new civilised society that is rising in the wake of the railroad. Their characters can only help the transition of the west. They cannot survive in it. Jill (Cardinale), however, finds the opportunity for a fresh start as she reinvents herself in the changing new world and is offered as an example of a clean face born of dirty roots. 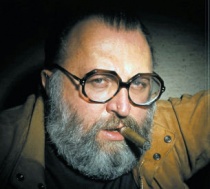 For me though this film will always be memorable for its individual scenes which stand as iconic examples of how to shoot a great western. The opening scene in particular, which runs for something like 11 minutes with no more than a handful of lines of dialogue, is akin to a filmic short story. From the moment that Woody Strode enters the station ticket office with Jack Elam and Al Mulock we are in for a cinematic treat of peerless visual framing and masterfully used sound effects. For a film maker acclaimed for his marriage of music and pictures Leone doesn't use a single note of music in this opening scene. Yet the sound effects of dripping water, squeaking windmill and buzzing fly create an atmosphere and build tension in a way that even the genius Morricone would struggle to match. If you never actually watch this film throughout, do yourself a favour and watch this opening 11 minutes anyway. It is a mini masterpiece.

But it is by no means the only memorable scene in the film. The murder of the McBains family, the entry of Cheyenne in the isolated bar room and the final shootout between Frank and Harmonica are all great scenes and act as high points in a magnificent production.

So is this the perfect western? Well, no, not really. It is a wonderful film and has many magnificent qualities but it also has one unavoidable flaw. In allowing himself the freedom to paint on a bigger canvas without the budgetary constraints he had always faced in the past Leone was always going to be faced with the dilemma of balancing that freedom with the correct level of self discipline. In films, as in all artforms, more is not neccesary best. There is a value in tightness and succinctness. A value often forced on an artist working in a commercial genre environment but one which is often helped by the very nature of that clear framework. Leone, sadly, could have benefitted from such a restraint. Brilliant though it is, Once Upon a Time in the West, as a western, could move along at a brisker pace and would probably have benefitted from being at least twenty minutes shorter.

Now this criticism is difficult for me to give. This is, without doubt, one of my favourite films of all time. I have watched it repeatedly over the years and always with absolute delight. But it is still not my favourite Spaghetti Western and the reason is its length, pace and more sentimental tone. As an example of the genre I believe both The Good, the Bad and the Ugly and For a Few Dollars More are better westerns. They are tighter and more stirring and ultimately more satisfying. But, as I suggested at the very beginning of this review, I feel it is almost unfair to compare Once Upon a Time in the West with other genre films. It is in so many ways a different article. More of an epic than an action adventure. More of a work of art than a commercial piece of cinema. On those terms it is peerless and a masterpiece not be missed. A film that doesn't so much set the benchmark for a genre as for film making in general.