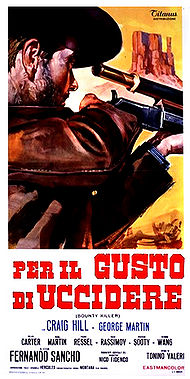 Tonino Valerii worked as an assistant director on For a Few Dollars More, and when he had the chance to direct his own western, he reused many of the familiar actors and locations of the Leone westerns, as well as trying to work in his own style. He remained a good copyist, albeit he lacks the deeper inspiration, in this likeable and entertaining, but also not too remarkable SW. - by Stanton