Hagen (Klaus Kinski), the vicious leader of a bunch of brutal bandits, regularly frightens the inhabitants of New Mexico to death. When his two brothers get killed during a raid on Hamilton farm, Hagen vows bloody vengeance and orders his henchman Tamayo (Hunt Powers) to wipe out the entire family. But there's one Hamilton still alive. George "Nevada Kid" Hamilton (Jeff Cameron), a Confederate soldier, returns home from fighting in the Civil War and finds his family massacred. With the help of a stuttering Bounty-Killer (Gordon Mitchell), Nevada sets out to mercilessly hunt down the murderes.

If Spaghetti-Western fans hear the name 'Fidani', Warning bells usually start ringing in their heads. No Spaghetti-Western director terrifies more than Demofilo Fidani. He was responsible for the bottommost trash, could not deliver a decent movie despite the participation of Kinski. In comparison with many others (who often failed to deliver even with a high budget), he did not even try. The actual contribution to the genre is declared as Fidani's best, what qualifies the movie to be a C-product (as is mentioned on the DVD's back side). 'A Barrel Full of Dollars' is really not a good movie because it's full of cheap scenery, trashy facilities, uncompassionate costumes, cheesy effects, clumsy script, wooden dialog, and forgettable music. Even Simonetta Vitelli with her innocent air and Klaus Kinski can't save this movie. As a matter of fact the only interesting thing about it is the variation of the 'vengeance for a slaughtered family' theme. The bandit leader avenges the death of his two brothers and in return the victims' survivor takes revenge on the bandits while both exploit a pocket watch. However this theme ultimately fails because of the screenwriters' dullness. It remains a mystery who killed the brothers and the characters' backgrounds continue to be a secret. What is left over is an entertaining tedious little movie that you will watch once and never again.

Koch Media honors this movie more than it deserves. The picture is almost flawless concerning the movie's age and does look superb apart from slight dullness and a difference in quality towards the end (different material?). An open-matte transfer was used wherefore the movie is presented in fullscreen. That is still better than to take an inaccurate widescreen transfer as in Shoot the Living and Pray for the Dead . But that's only on the side. The audio is also awfully good. Anyway the movie's presentation is terrific.

Luleys three-sided liner notes are very good once again (but in German only), to be added are the German and Italian trailers together with a short featurette with Fidani's daughter, and a picture gallery. The featurette is basically a well made interview that lasts about twenty minutes (unfortunately no English subs). Simonetta Vitelli has much to talk about the movie but doesn't impart any (new) genre knowledge. 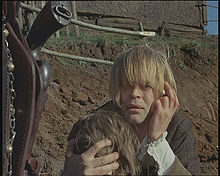 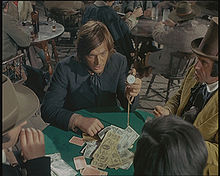 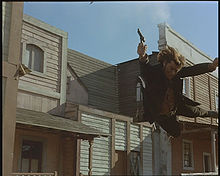 A technically impeccable converted DVD but a technically terrible converted movie. If you really would want to watch a Fidani, may it be just out of masochism, thirst for adventure or further education, I think you should choose this one. Another good Koch Media DVD in a collection that, with this movie, is now a lot more representative concerning the whole genre. Buy recommendation for completists and people full of curiosity only.

This is a translation of the review by