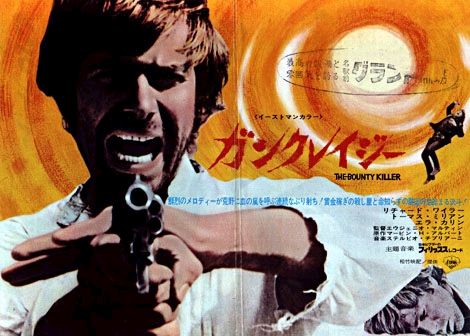 Tomas Milian’s first ever Western is simple and effective. The basic story of town torn between loyalty and justice gets turned on its head when the man they wish to protect is in fact the person the law says he is. Milian himself gives an understated performance that’s wrongly been labeled overacting and hammy, and in fact shows Milian’s Actor’s Studio training served him well, and gets audiences to first sympathize with him, and then slowly come to loath him While not completely original, the characters and story are interesting, the characters having to come to terms with hard truths about a man they love and admire. Richard Wyler is no Lee Van Cleef, Franco Nero, or Giuliano Gemma, but he’s highly underrated in the role of the Bounty Hunter, a man who, while he knows the truth and believes in justice, also realizes that sometimes the law and justice aren’t clear cut, and people suffer no matter what. Eugenio Martin does a fine job with his directorial debut, weaving a fine tale of betrayal, love, hate, and revelations, keeping the audience interested and intrigued. Highly recommended.