Return of Ringo – my soul was born

Archimedes was having a bath, Newton was sitting under a tree when it happened. All of a sudden these two men knew how the problem that had been tormenting them could be solved. In science and religion the experience is called epiphany, the moment of sudden insight.

Most of us are neither a Newton nor an Archimedes, and even though we eat apples and have a bath from time to time, we don’t make any scientific discoveries. And yet we have moments of epiphany. The secular, every-day-experience owes a lot to the descriptions of it by Irish novelist James Joyce (1882-1941). In his stories and novels, characters often experience a moment in which things become manifest to them: a veil seems to be lifted, as if this person’s life is literally revealed. Joyce called these experiences “the moment the soul is born” (*1). 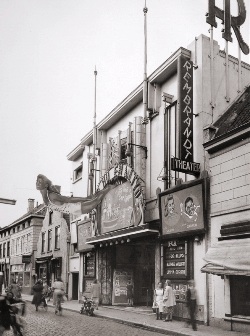 I had this experience when I first watched a spaghetti western. In Dutch (movie titles were translated in those days) the movie was called Ringo Keert Terug, meaning Ringo’s Return or Return of Ringo (*2). What attracted me most, was the high publicity board above the entrance of the theatre (Cinema Rembrandt in my birthplace, Eindhoven). It was a painting, in harsh colors, of a cowboy, handling his gun with his left hand, supporting his shooting hand with his wounded right arm. The title was also fascinating: Return of Ringo: Where had he been to? Why did he return?

I was a fan of TV-westerns like Rawhide and High Chaparral, and had already seen a couple of westerns in cinema, but this film was different from anything I had experienced before. It looked different and it sounded different. It took me a while to get used to it – a couple of minutes, a quarter of an hour – to realize that this music and the deliberate style of film making were putting me in a trance. Before the film was over, I felt hypnotized.

A couple of weeks later, I saw my second spaghetti western in cinema: Sergio Leone‘s Once upon a Time in the West. Even Giuliano Gemma‘s most devoted fans won’t be offended when I say that the experience was even more overwhelming. The Man with the Harmonica haunted my daydreams and nightmares for months. In an interview, director John Carpenter once confessed that one question went through his head all the time when he first saw the movie:

“What the hell is this?”

I had no idea either, but I knew these two movies had changed my life. I had found my favorite genre, my favorite style of film making. My soul was born (*3). 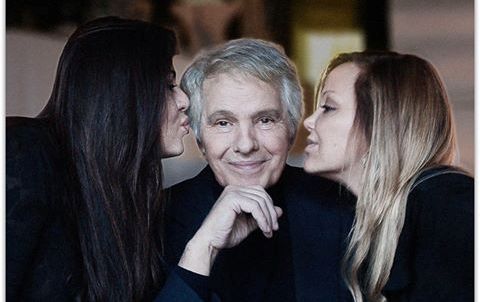 Sergio Leone would always remain my favorite film maker, Giuliano Gemma my dearest childhood hero. He was not the first though. My first true hero was Old Shatterhand, the noble friend of all Indians from the Karl May stories and movie adaptations, but Old Shatterhand was a school master, a man who told boys to behave well and always be polite, even to their enemies. I was a bit fed up with schoolmasters by this time (I was fourteen) and needed a man to look up to, a role model. When I wasn’t watching cowboy movies, I was thinking about girls. Bello Giuliano was the perfect role model: he could shoot straight, even with his (wrong) left hand, and if I only had his looks, all the girls would be crazy about me. I dreamt of becoming a movie star in those days.

Most Gemma western got an 18 rating in Holland and Belgium, so I wasn’t allowed to see them, but I was able to pick some of them up a decade later, when the genre became popular for late night showings. I’ve seen all Gemma westerns by now, some of them more than five or six times, if possible in all available languages. I even have a Thai release of Arizona Colt. Giuliano Gemma speaking Thai. Just imagine.

Life is short, like a brief candle, Shakespeare tells us (*4), but according to those who believe, the soul is an eternal flame. I’m not a believer, but for a childhood friend I make an exception.

R.I.P. Giuliano
And may the soul live forever 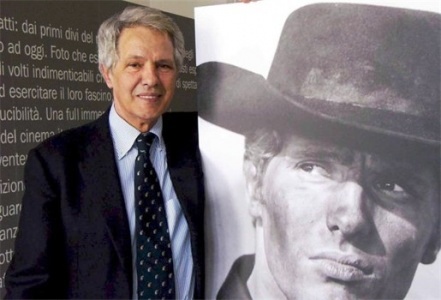 – For Giuliana and Vera

Simon Gelten is a long time contributor to the SWDb. "I'm not as old as Tom B. but I'm working on it. I hope to catch up with him by the end of the next decade.", he says. Simon saw all Leones and several of the Corbuccis in cinema, most of the time in Eindhoven, the city where he was born. Currently Simon is living in Turnhout, Belgium. Simon's names in the database are scherpschutter and Tiratore Scelto.
Retrieved from "https://www.spaghetti-western.net/index.php?title=Return_of_Ringo_–_my_soul_was_born&oldid=113489"