Return of the Seven Review 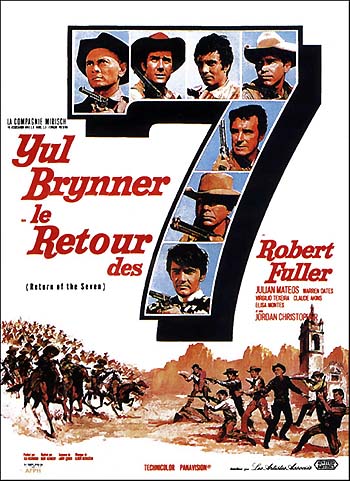 The first of two official sequels to John Sturges’ legendary Kurusawa adaptation, The Magnificent Seven (1960). Like the second one, Guns of the Magnificent Seven (1969, Paul Wendkos), it was shot in Spain (1). It offers a few real Mexican actors such as Rodolfo Acosta and Emilio Fernandez alongside several Spanish actors who used to play Mexicans in spaghetti westerns: Fernando Rey once again plays a priest, Ricardo Palacios is a warden, and Julian Mateos and Elisa Montes are a lovely young couple.

Chico, one of the original seven, lives in a small Mexican town with his wife Petra. The town is raided and all men are kidnapped. Petra makes the trip across the border to ask Chris for help. Chris puts together a new group of seven, and off we go (yes, on the tones of Elmer Bernstein’s heroic score). The emphasis is more on action than in the original, but it’s standard Hollywood action fare with a lot of pop, bang, fire and horse-tripping. The depiction of Mexico is closer to the image that would be created by Peckinpah in The Wild Bunch than to the Mexico of any of the Zapata westerns. The difference, both with Peckinpah’s and the Italian Mexico, is that the Mexicans, for their safety and protection, nearly completely depend on the goodwill of their neighbors from the north. This could be interpreted as a (questionable) political motive, but otherwise the movie seems free from any deliberate political subtext (3). There’s neither a cynical European mercenary, nor a greedy American businessman. The Americans, or at least some of them, are noble, unselfish men, upholding a moral code that is not that different from the bushido respected by Kurusawa’s original samurai. 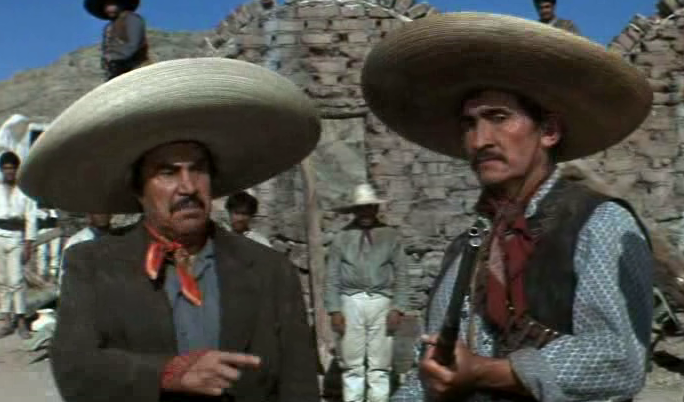 Brynner is the sole returning cast member from the original movie. Fuller steps into Steve McQueen’s boots, Spanish actor Mateos takes over from Horst Bucholz as Chico. The other actors, among them Claude Akins and Warren Oates, play new characters. Several of them have been given melodramatic background stories. The main villain, Francisco Lorca, is a wealthy rancher who has hired 50 gunmen to kidnap the entire male population of a town. The men are forced to build a church in the middle of nowhere for his sons, who have died for Mexico. This all seems a little far-fetched: If he is wealthy enough to hire an entire army of gunmen, why didn’t he simply pay workers instead?

Like most sequels, Return of the Seven wants to offer more of the same, but instead it offers less of the same. This doesn’t mean it's unwatchable. It’s by no means great, but it’s enjoyable if you’re in for some unpretentious western action in shoot ‘em up fashion.

Retrieved from "https://www.spaghetti-western.net/index.php?title=Return_of_the_Seven_Review&oldid=113616"
Categories:
Cookies help us deliver our services. By using our services, you agree to our use of cookies.