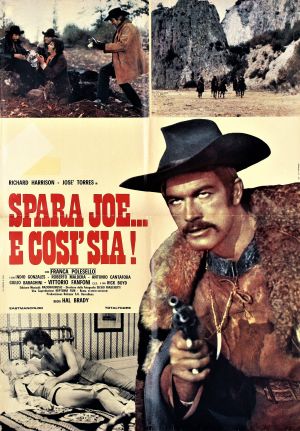 Ted, the boss of a gang, invented an inventive way to rob the bank. The townspeople have come out to see a huge gold prospector machine being transported through town. It turns out to be a set-up when the gang puts the machine against the building of the bank. The bank is robbed, but shortly after five gang members are arrested. Ted knows to get a away with the money. Moments later, the gang members escape from prison and set out in search of Ted. They find him where they thought he would be, in a saloon with a woman. Ted manages to escape again but is mortally hit. Almost dead Ted arrives in Joe’s (Richard Harrison) camp. With his dying breath, he tells Joe that $100,000 is hidden in a place "where the trees have been cut down." And he gives Joe a map with the exact location.

The bandits arrive at Joe's camp and ask what happened to find out what Joe knows. Joe tells them that Ted was already dead when he found him. They don't believe him and two bandits stay behind to keep an eye on Joe. At night Joe manages to escape and the chase is started. Moments later they can catch Joe in a ghost town. Joe is beaten up and accidentally blinded by a flaming stick. Now he can no longer direct them to the money. The beautiful Rosy (Franca Polesello) is hired by the gang to care for Joe, gain his trust and lead them to the money. But will she succeed and can she be trusted… 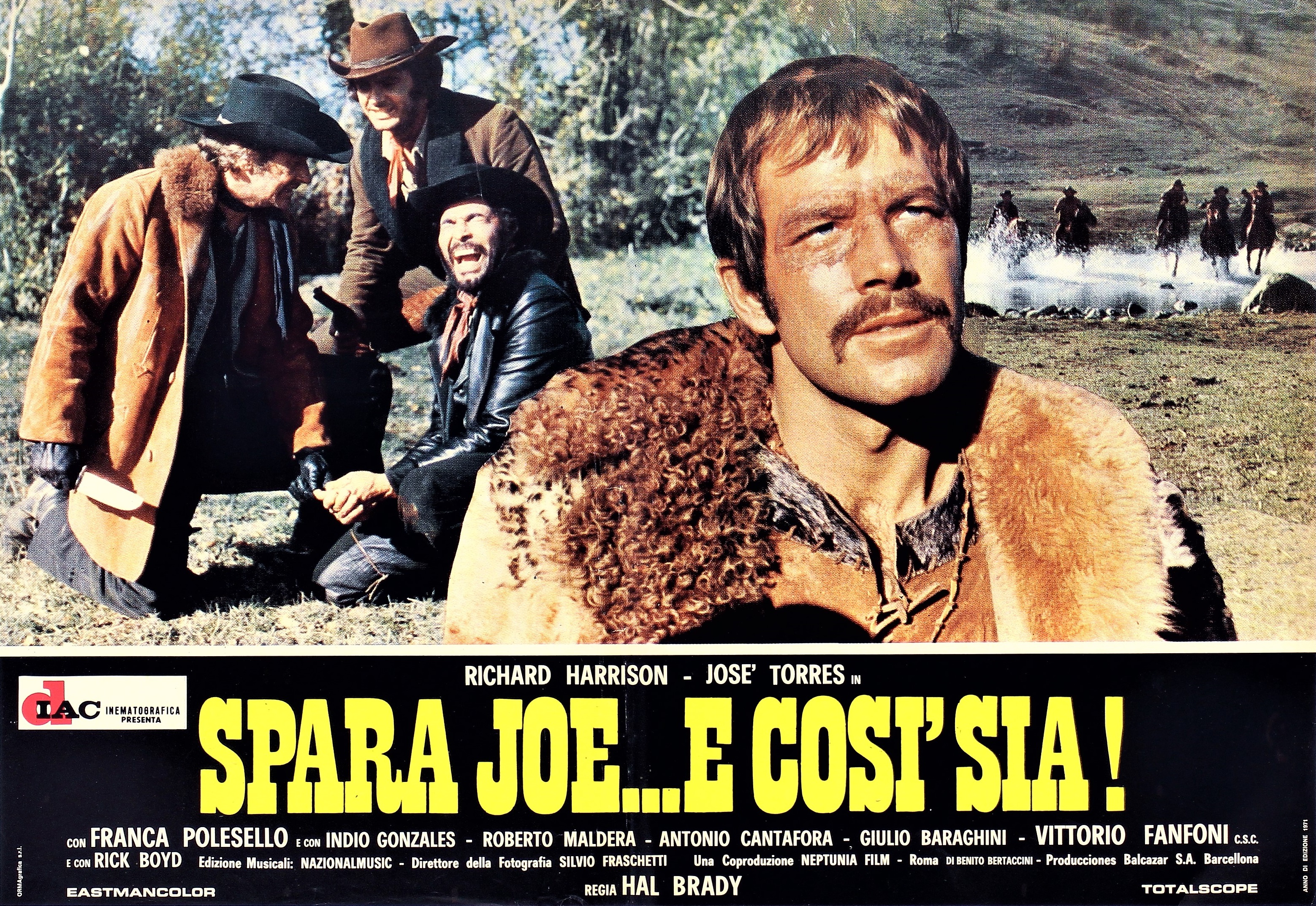 The opening scene, with the inventive robbery, is the best part I think. Time has been taken for this scene. It’s original and the action is nicely combined with humor. The cinematography in this movie is beautiful, although it’s pretty dark sometimes. We get to see different landscapes, but most of the time it’s wooded. So I think this movie fits the autumnal SW subgenre. After Joe is blinded he is wandering in the ghost town in his fur coat. It’s a beautiful fragment with a low sun. I wish they got more out of it. And this feeling came to me a few more times. Not enough use has been made of the beautiful locations. There is one shot, taken from the ground, with the bandits above it, that could have been an inspiration for Quentin Tarantino.

The acting is superficial and sometimes remarkably bad. It may be that the terrible English dubbing has made it worse. Only José Torres stands out in a good way. He plays Lou, the leader of the gang after the boss disappeared with the money. The first time we see Joe (Richard Harrison), we see him camping out, playing a doctor and being criticized by his wife because he doesn’t have money. The role he plays and the performance he gives is not title role worthy. You hope to see a hero you can root for, but it never develops this way. To me he's more a victim of circumstances. 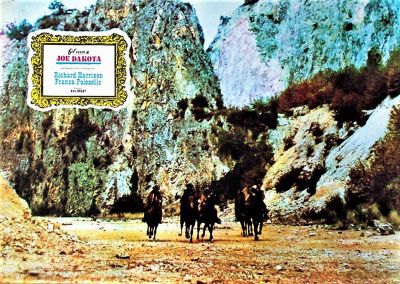 The music is okay and supports the film well. The movie has some nudity and some scenes are quite violent. This makes it a true spaghetti western. After the opening scene the story is not very original and compelling anymore. And not everything makes sense. Final Verdict: 5/10.

Director Emilio Miraglia directed six movies in his career. This is his only spaghetti western. Miraglia is known for his two giallo films; The Night Evelyn Came Out of the Grave (1971) and The Red Queen Kills Seven Times (1972). The first stars Anthony Steffen! Giallo is an Italian genre, you can read more about it here.

Joe Dakota, as it is also called, is a true spaghetti western with some nudity and violent scenes. The cinematography is appealing and varied, but mostly wooded. Unfortunately, not enough use has been made of the beautiful locations. The acting is superficial and the terrible English dubbing seems to make it worse. The role Richard Harrison plays and the job he does is not worthy of a title role. Only the opening scene is original and well executed. After that the story seems to be something missing and not everything is making sense. The cinematography keeps it a bit interesting.

Retrieved from "https://www.spaghetti-western.net/index.php?title=Review_of_Shoot_Joe,_and_Shoot_Again_(1971)&oldid=132536"
Category:
Cookies help us deliver our services. By using our services, you agree to our use of cookies.