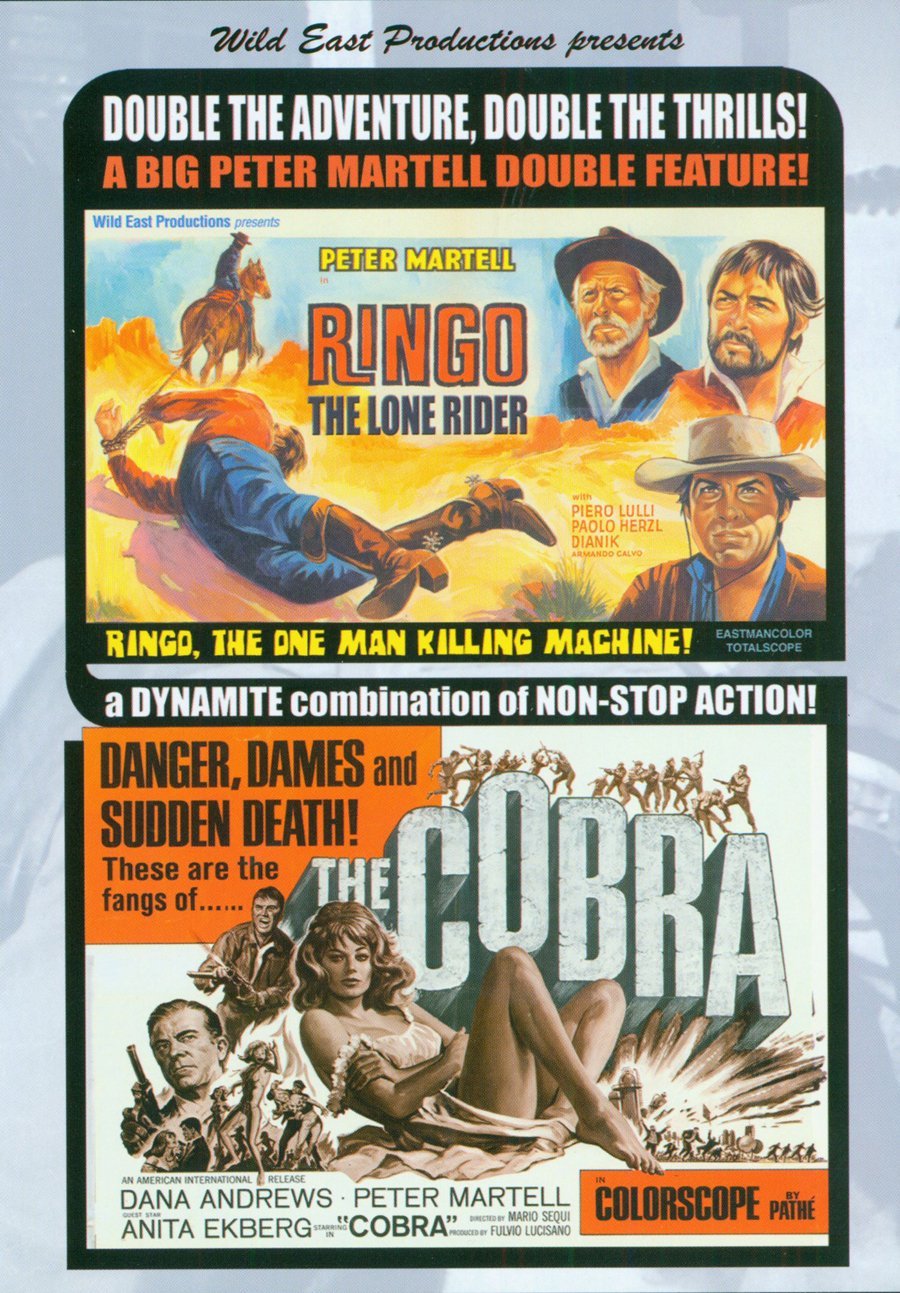 A town is being terrorized by a gang of marauders led by Bill Anderson (Calvo), a clever bandit boss. The town's leadership is deciding to do something against the problem, but it does not believe bringing in the military will be a solution. It is agreed upon that they will request help from the well-known Pinkerton agency. At the same time, Ringo (Martell), a gunslinger, is chasing after the bandits. He suspects a deeper-sitting conspiracy than random bandit assaults. He joins forces with the newly arrived under cover Pinkerton agent, to uncover a plot between a local businessman, the Mexican revolution and bandit's heist loot of gold. But the bandits have long planned to move on. Disguised as Mormons, they are moving west to start a new life of farming during the day and robbing stage coaches at night. Ringo and the agent track them down....

Comments
To cut it short, I liked this movie a lot. I consider it a little gem discovery. Although many reviews I've read about this film attest a certain â€œdoes not know what it wants to be, confusing storyï¿½? aspect, I think it is a very well made, underrated and unjustly lesser known representative of the genre. The film boasts some nice acting (minus Martell), which seems especially good with the outstanding American dubbing. The film has a nice soundtrack and very good visuals, especially in terms of composition. The directing, while it seems routinized, is just very well done, the film hardly gets boring and offers lots of surprise moments, tells the story in an interesting way and in so many little details is a step ahead of many cheap competitors.

Wild East brings you this gap filler in conjunction with a Eurospy classic called â€œThe Cobraï¿½?, which I have reviewed on our sister site The Deuce, you can find a link in our new column about non-western movie reviews. In terms of video quality, I have to repeat myself. Wild East does an outstanding job at releasing movies that were previously hard to get and they should be applauded for what they are doing. Yet on many levels the transfer is not up to modern standards. The picture looks a bit grainy, it lacks sharpness and has a washed-out VHS feel to it. It is a colorful, anamorphic widescreen copy though and it gets the job done. If you're familiar with Wild East's work, you'll know what I mean if I say it's a regular Wild East presentation. The sound, while the constant static/noise was really bugging me, was acceptable. The great English dub is presented in a good way. As for extras, only a few tiny things have found their way onto this disc, the trailer and some pictures being the things to mention here.

Overall, Wild East did a nice job bringing this movie out of the shadows where it lingered undeserving. The film, and especially the high-quality dub, is a joy for the fan, and I recommend checking this movie out, it certainly entertained me and it has a lot more to offer than many many other below-average Spaghettis.

Retrieved from "https://www.spaghetti-western.net/index.php?title=Ringo_The_Lone_Rider_DVD_review&oldid=37933"
Categories:
Cookies help us deliver our services. By using our services, you agree to our use of cookies.