This article was written as a result of telephone conversations with Robert Woods and Marc Fiorini in June 2009 during which the topic of El Puro kept coming up. The main article based on the interview with Robert can be found here, but as both men shared memories of El Puro at some length it seemed a good idea to compile a separate article dedicated to this cult classic.

My thanks to Robert and Marc for their kindness, time and raconteurism.

The creation of a cult film is often an indefinable process. The people involved are rarely aware that what they are creating will have a lasting appeal or notoriety. Yet during my recent talks with Robert Woods and Marc Fiorini it became obvious to me that El Puro, the film in which they co starred and collaborated on back in 1970 was a project seemingly touched by kismet and almost predestined to be something special.

To begin with, the casting of Fiorini in the part of Gypsy had something of the weird and serendipitous about it. Being flat broke and with his mind on more existential matters Fiorini had just spent some time meditating and considering life and the universe in general. Making up his mind to leave Rome and join an ashram in India for a while he was literally at the point of closing his door to leave when a ringing phone called him back.

MF: I was in the mountains for 3 months having a spiritual cleansing. I came off the mountain thinking there must be more to life than show business and with that in mind I close up my apartment in Rome and I’m going to hitch hike to India. And as I’m closing the door from outside the apartment about to leave, the phone rings. And it rings and rings and I really don’t want to go and answer it. But eventually I go back in and answer it and it was the producer, Hakohen, who both Robert and I had worked with previously. He was about to make El Puro with Edoardo Mulargia and Mulargia had seen me in something before and wanted to meet me personally. So I figured a couple of days work and a few shekels in my pocket wouldn’t hurt so I go down there. I walk into the room with the producer and director and Edoardo walks up to me with his hand out and says” bene” and walks right out. So I look at the producer and say ‘what happened here?’ and he says “It’s the strangest casting I’ve ever seen for Christ’s sake. You got the part.” So I say great, how many days? And he says “What days? Fiorini you’re the bad guy. You’re the bad guy in this one. 8 weeks.” We talk money on the spot and I ask for $2000 a week . He hits the ceiling but I don’t care because I was going to India anyway. So I gave him a kiss on the forehead and go to leave and he grabs me by the shoulder and gives me the contract to sign and a $2000 advance.

Amazingly, on the way out of the building Fiorini was stopped by a frantic American producer who needed an Italian actor for his co production which was short of quota personel. Taking him into a room he explained, ’there are six principle roles. Choose the one you want’. As coincidence would have it, this film turned out to be another film with Robert Woods (Which Way Do You Dig?). So in the space of an hour Fiorini had landed two lead roles, had two cheques in his pocket and had decided that India could wait.

Meanwhile, Woods had plans for the script beyond its original form. This was why he had requested Mulargia for the project initially. Because, as he puts it, Mulargia as a director “was more malleable”. With Fiorini and Woods on the same page as to the direction they saw the film going the pair collaborated on a rewrite of the script which blended a ‘life and death of a gunfighter’ narrative with a Buddhist theme. All helped along by a certain amount of Marijuana. A substance which also helped them get Mulargia around to their way of thinking.

RW: I was asked if we were stoned when we made El Puro and I said no, no. I don’t work stoned. I was stoned when we wrote it. And we got Mulargia stoned when we pitched it to him. We had to because he had no idea what page we were on.

With the director successfully won over, the collaborative process continued throughout filming and led to the most famous and notorious scene in El Puro. The first gay kiss ever in a western was not included in any version of the script but was, instead, a purely instinctive and impromptu act on the part of Fiorini.

RW: So Aldo Berti is beating up on my girlfriend in this scene and then Marc just goes over and kisses him and I’m saying ‘Wait a minute Man, you can’t do that! This is a western’. Meanwhile, the guy who he kissed, who actually was gay, says ’I didn’t like it. Can we do another?’ So I really didn’t think we should use it but Marc said no it‘ll be great let’s keep it.

For Fiorini it was an obvious step for the character to take and he was sure it was the right thing for him to do. Woods and Mulargia were not easily convinced right off.

MF: I said ‘Guys, look, it’s only natural that my character who is psychotic and a sociopath and all of the ‘otics’ that you want can bring it to that level. Simply because the situation calls for it. And they argued. Bob said “Are you kidding? I’m a macho guy, I’m an actor and I’ve got fans.” And I said yes, and you’re also a fucking asshole. Both of you. Because if we put this scene in it’s going to be talked about for the next 50 years. Or... it will come back to haunt us. Which it did.

Woods and Mulargia were won over but the producers weren’t so sure. Keeping the scene in was still not a done deal there.

RW: They did keep it but they didn’t keep it. They didn’t release it with the kiss but then they put it back in and it became a cult film all because of the kiss. Cult films are like that. You never expect their impact or longevity. Jess Franco films are like that. For years I left them off my resume because my parents were still alive and I knew that Jess put a double version in and I didn’t want them thinking I was in porn movies. Now I get calls from people saying how much they love them.

El Puro’s place in the pantheon of classic spaghetti westerns has been earned slowly and while it may not often be talked of in the same terms as the higher profile films of the three Sergios its cult status was solidly confirmed at the standing ovation it received at the Venice retrospective in 2007 along with the Gay Film Festival held in Turin in the same year. Now all we can hope for is a DVD release which does the film and its ground breaking content justice. Something which the film and its risk taking collaborators richly deserve. 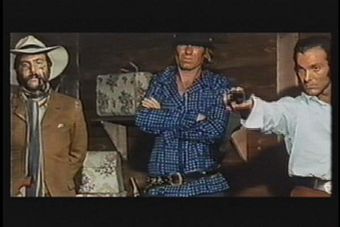 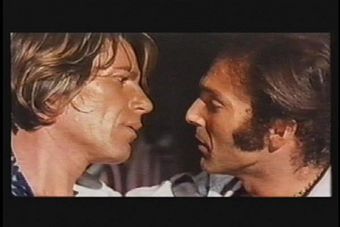 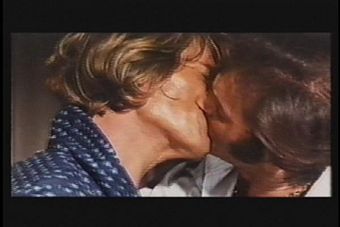