A western set on the pampas, the Argentine grasslands, home of the gaucho. It was one of the last productions of Samuel Bronston, the man behind large scale epics like El Cid and 55 Days in Peking. The failure of The Fall of the Roman Empire had almost ruined his production company. To turn the tide, he teamed up with a couple of South American entrepreneurs for this large-scale remake of a classic 1946 Argentine movie, Pampa Barbara. Robert Taylor is Captain Martin, an officer in the Argentine army who’s in command of a frontier garrison in the Argentine interior, dominated by Indians and bandits. His main problem: a bandit called Padron pays off the men sent out to capture him, not with money, but with women, the one thing the men don't have (and miss most) in their remote army base. Martin is then granted permission by his superiors to boost morale with the help of prostitutes. When a group of nine is released from jail, Martin selects a group of soldiers to escort them to the fort, but it’s a long and perilous journey across the pampas …

The film was released worldwide, but wasn’t very successful. It simply fell short to impress as one of those large-scale Bronston spectacles, and as a western movie, it got lost in the flood of spaghetti westerns. There are similarities to William Wyler’s Westward the Women (also starring Robert Taylor), but the virtuous women who are destined to marry single frontiersmen have been replaced by prostitutes who are supposed to entertain lonely soldiers. Because of these prostitutes, some have even drawn parallels with Ferdinando Baldo’s Blindman, but the similarities seem fortuitous and this is definitely a movie of a different nature. According to most reference books the film was shot in Spain (where Bronston had filmed most of his spectacles), but IMDB says Argentina. I’m not sure. To me the landscape doesn't look Spanish, but I’m not familiar with every corner of the Spanish countryside, and I’ve never been in Argentina. Anyway, the cinematography is superb and the film looks stunning.

A cast from all four corners of the world is headed by a handful of (minor) American stars, still a sine qua non for making a western in the mid sixties. Fregonese had also directed the 1946 version. He was an Argentine of Italian descent, who had worked in his home country as well as in Hollywood and Europe (*1). Savage Pampas has some of the charm of a Hollywood cavalry western from the fifties, but also some of the violence of the American or British pseudo spaghettis shot in Spain in the late sixties (some of the action reminded me of Shalako). The ending – two leaders fighting it out while their men are watching – seems inspired by the Karl May westerns. And yes, Fregonese was hired to direct one: Old Shatterhand (1964) (By the way: Shalako has a similar Karl May ending). In other words: Savage Pampas is a mishmash of styles and influences, and yet it manages to be refreshingly different. 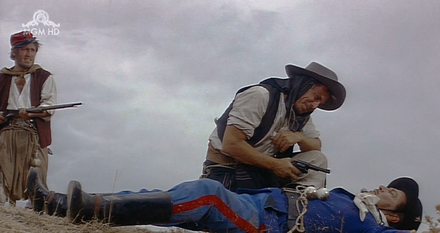 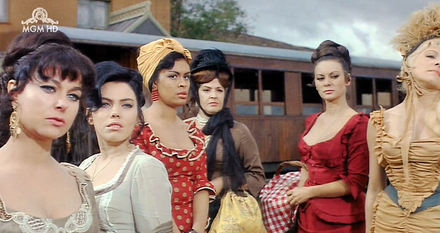 Actually, this is not a bad movie. It's a bit long-winded, but it has good atmosphere (*2). Taylor is in the twilight of his career and looks a bit old for his physically demanding role, but his stoic appearance suits his character very well. His Captain Martin is an uncompromising military man, yet one with a heart for the rugged men under his command and the women he’s trying to get safely to the fort. Ty Hardin is also quite good as a journalist and anarchist (who’s been given a choice: army or jail), who slowly wins the captain’s trust and friendship. His hat and coat are remarkable, making him look like some sort of South American version of Abe Lincoln. Even the prostitutes are all but one-dimensional. This clearly was a prestigious movie for the Argentine film industry. The costume design is impressive, even if some of the hats and headscarves may have some unintentional comical effects. The score was written by (a then still relatively unknown) Waldo de los Rios. He had composed a symphonic score with choral pieces and a special percussion section with instruments created by himself, but in the studio most of his compositions were shortened and De los Rios was very disappointed. He later prepared an album with six suites using the original compositions. Fans of the composer say it ranks among his best work (*2).

Simon Gelten is a long time contributor to the SWDb. "I'm not as old as Tom B. but I'm working on it. I hope to catch up with him by the end of the next decade.", he says. Simon saw all movies by Sergio Leone and several by Sergio Corbucci in cinema, most of the time in Eindhoven, the city where he was born. Currently, Simon is living in Turnhout, Belgium. Simon is active within the database as both Scherpschutter and his alter ego Tiratore Scelto.
Retrieved from "https://www.spaghetti-western.net/index.php?title=Savage_Pampas_Review&oldid=105464"