This film is not a western but a pirate movie with western themes, set in the old west of California. 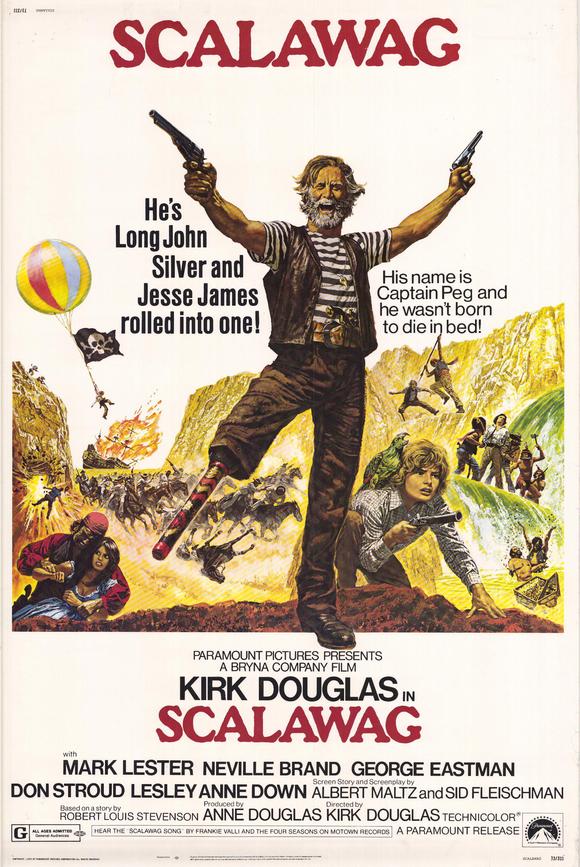 A crew of land locked pirates, led by the aptly named Peg, go in search of burried treasure hidden by the treacherous Mudhook and his twin brother. They meet up with good natured landowner, Don Aragon, who goes along for the ride with his sister and a young boy, Jamie. Along the way, Peg and Jamie form a father son relationship that is put to the test due to Peg's naturally dishonest ways.