Review of The Sheriff of Rockspring (1971) 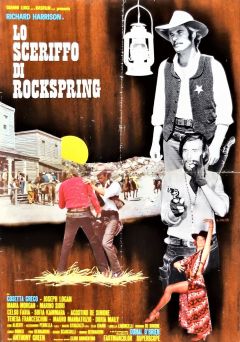 Last night, I once again reached into the vault at random, and Mario Sabatini's 1971 effort, The Sheriff of Rockspring came up. I knew nothing about the film other than it had Richard Harrison in it. It was a rip that was apparently off of Greek television, so I had the feeling it was rare, too. I could find almost no information about the film, and as usual, Thomas Weisser's book was of no help, as he had the director wrong, and the plot summary is of a completely different film. He probably didn't see the film, which is par for course for that book.

Anyway, the film opens with a guy petting a rabbit (Marino Sidri? Not sure.) who is busted out of jail, and goes on the run. We then cut to the town of Rocksprings, where a bizarre yearly ritual is about to take place... the children of the town vote on a "little sheriff," one of their own, who gets to be sheriff for a week. For some reason, everyone seems to think this is super-important, and it has something to do with "peace and harmony" with the Protestants and Mormons. The Mormons still face a lot of prejudice in the town, so I'm not sure about how this silly ritual is promoting aforementioned harmony.

Genre regular Richard Harrison plays the sheriff, who, for some strange reason, appears as though he is incredibly stoned throughout the movie. Perhaps Harrison found this the only way to tolerate making the film, who knows? 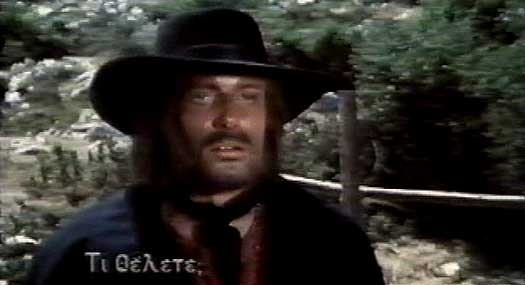 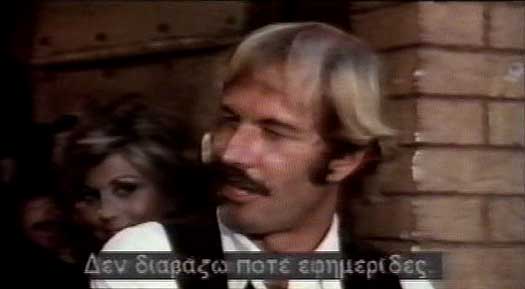 Our escaped convict appears at the house of the one of the Mormons, Mr. Jones, played by another genre regular, Donal O'Brien, in his usual cantankerous way. I like O'Brien to an extent, perhaps because he plays every role like a guy who's slightly hungover and irritable. The convict holds the wife and kid hostage, while he makes Mr. Jones get him some ammunition. He then kidnaps the girl. Harrison, in the meantime, is out on a posse, leaving the "kid" sheriff in charge. Frustrated by this, the kids of the town form their own posse to rescue their friend, apparently thinking they can subdue him with a lasso and a slingshot. This sets up one of the more hysterical scenes I've seen in a spaghetti, with the convict beating the crap out of all of the kids after they try to rescue their kidnapped friend.. Of course, Harrison rides in at the last minute and saves the day, in one of the most anticlimactic endings I've ever seen in the genre.

As you can probably gather, this film was quite the turkey. Inane dialog (and voice acting), ridiculous plot devices, and a general low-budget quality contribute to that fact - half of the cast looks like they belong in a hippie or biker film. Harrison seems to be the only one having any fun. It had little to no bloodshed (no one was killed). I assume this is because of the kid factor. There was also a saloon brawl scene early in the film, which is undoubtedly the worst-choreographed one I've ever seen. To top it off, the saloon girls, who are supposed to be distressed at this brawl, can't contain themselves, as we see most of them laughing hard at the scene, even as we hear terrified screams on the audio. As I watched this film, I couldn't help but wonder if it was a Demofilo Fidani film- it was that incompetent. 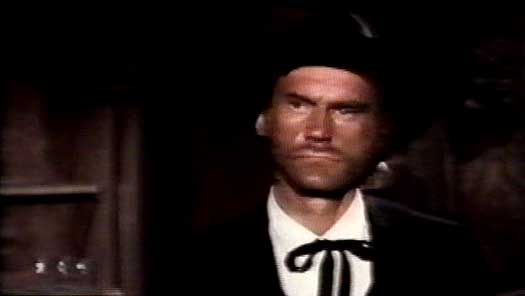 The likelihood of you seeing this film, unless you download it from a torrent site, is slim. It's okay; you're not missing anything other than an hour and sixteen minutes of your life that could be better spent doing something else.

Retrieved from "https://www.spaghetti-western.net/index.php?title=Sceriffo_di_Rockspring,_Lo/The_Sheriff_of_Rockspring_(J.D.)&oldid=132531"
Category:
Cookies help us deliver our services. By using our services, you agree to our use of cookies.