Six Bounty Killers for a Massacre (1973) 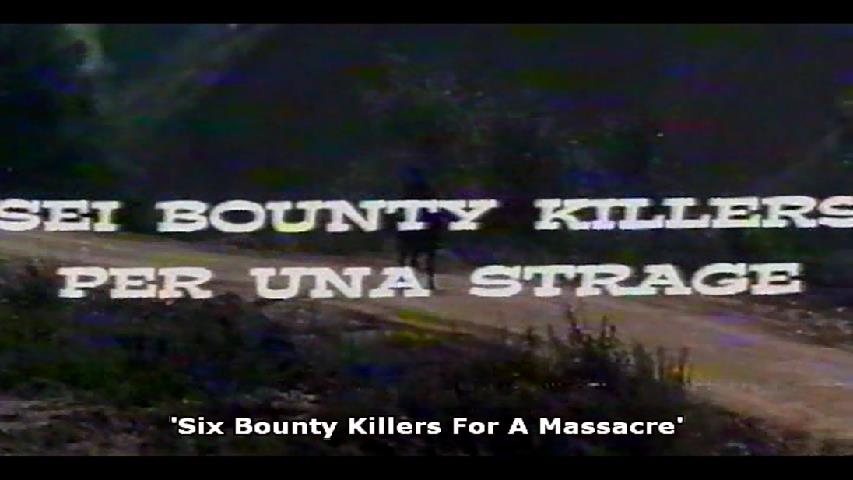 A film that had to be produced on an ultra-low budget and quite possibly cobbled together with what pieces were shot, before the production was halted. The plot is another take on the banding together of professional characters, this time bounty killers, to try and kill a madman and take back control of the besieged town of Abilene and rescue the wife and the daughter of the Governor of Texas. Of course, being bounty hunters, they are interested and enlist for this job, with the lure of a chunk of a reward of $300,000 to be split among the men. Each man is given a piece of a coupon that states “State Department of Texas coupons,” to be redeemed if the mission is successful.

The town of Abilene is being ran by a man they call “ Frank the Irishman" (Donald O' Brien), and he rules the town with an iron-fist and allows no one to enter or exit the town without his men’s consent. Even blocking the main road into town with a gate. The Irishman runs the bank and prints his own money, duping people when they deposit in the bank by exchanging the legitimate currency with that of his own design, there being one big catch though… that is the money cannot be spent outside of the town of Abilene, another way of ensnaring the depositors in his bank in his fortified town. As one scene can attest, when two townsfolk are put on trial for trying to collect the bounty on a couple of the Frank’s goons, that Frank is judge, jury and executioner. Even allowing the two men a chance to duel it out with him, but, their guns returned to them to use in the duel are without bullets. 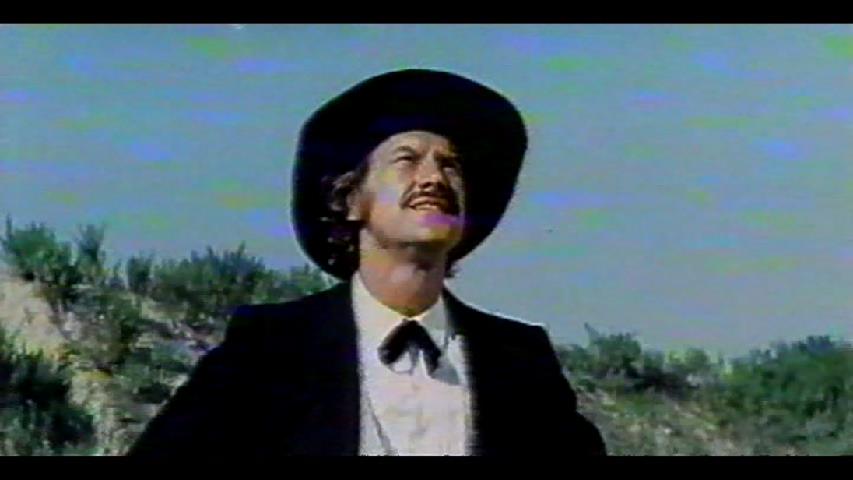 So, the six bounty killers arrive in town and figure out whom the others are and come up with a plan to save the hostages and whisk them away to safety. Frank though is no fool and has been taking the money from the bank and the territorial robberies and hiding them in a town he refers to as “Dead City, leaving the money with a man who he calls his brother, and who is introduced attempting to rape a young woman, and when her mother saves her, he rapes the mother instead. The ending is then set for a showdown with the Irishman, his gang and the six avengers.

The film tries to integrate the six bounty killers in separate introductions, leading up to their assembling in the town, but, this attempt while afforded a few characters, does not materialize for the whole group, leaving this angle undeveloped. The bounty killers only become a combined unit, after around the fifty-minute mark, and no comradery is developed for an emotional pay-off. Each is a solitary entry in the film and no connection is made between any characters, even beyond the bounty killers. Scenes of inactivity abound throughout this film, and uninspired actors, who do nothing but stare blankly and have trouble delivering their lines, this screaming out amateurism, that is besides the name actors in the cast, who do their best to bail out this sinking ship. 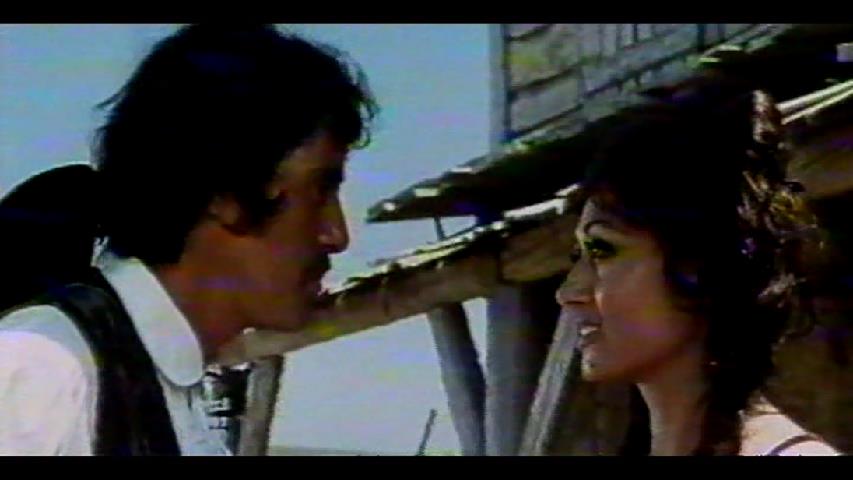 Robert Woods character is introduced briefly and promptly disappears again until the last thirty or so minutes. George Wang’s character does the same, even Donald O’Brien does disappearing acts throughout it for stretches. The direction is lazy and uninspired, and the cinematography is dull and lackluster, and the film is cut and edited badly, making the already disjointed proceedings appear even more so. The night scenes are very dark, with the lighting at time atrocious. Not much to recommend here except the fleeting glances you get of the genre regulars Robert Woods, Donald O’ Brien and George Wang.

The film is directed by Franco Lattanzi, who directed four films in total including Giustiziere di Dio, Il and The Tiger from The River Kwai, and is noted by at least one source as the producer of Six Bounty Killers for a Massacre [1]. The Cinematographer on the film Giovanni Varriano, also worked in that capacity on the equally inept Gianni Crea western Finders Killers. The fine character actor Attilio Dottesio, appears as Cemetery and was in many westerns including such notable ones as Run Man Run (Corri, uomo, corri), Shango, and uncredited in The Good, The Bad and The Ugly and The Big Gundown. Robert Woods, a prolific Italian western actor, appeared in many films, including; My Name is Pecos (Due once di piombo), Pecos Cleans Up (Pecos è qui: prega e muori), Black Jack and Gatling Gun. Donald O’Brien is probably best known for his acting turns in Run Man, Run, Keoma, Mannaja and Silver Saddle, among many other films. The music is another troubling issue, as it is credited to the very proficient Piero Piccioni, who has composed some brilliant scores in many movies, but this is not one. Like the rest of the film, the score is cut up and does not belong in the proceedings and I find it hard to think Piccioni, had any clue how his music was used in this film.

Thanks as always to the spaghetti western expert Tom Betts and Carl Black.

Article written by Michael Hauss, author of reviews and articles for Monster magazine, We Belong Dead, Multitude of Movies, Divine Exploitation, Exploitation Retrospect, Weng's Chop and various blogs that include Multitude of Movies, Theater of Guts and the SWDb. He has a love of film with particular interest in the Spaghetti Western and Horror genres. Michael lives in the United States where he resides with his daughter and their two cats Rotten Ralph and Fatty boo-boo.
Retrieved from "https://www.spaghetti-western.net/index.php?title=Sei_bounty_killers_per_una_strage_review&oldid=108851"