Sergio Corbucci and his westerns

“If Sergio Leone was the ‘father’ of the SW than Sergio Corbucci was his ‘uncle”.

This phrase by a critic sums up very well the distance between those 2 directors who are the most influential of the sub genre. Corbucci started earlier with westerns and made a lot more than Leone, but only for the price of a strong variation in quality. Sloppiness was often a reproach aimed at his work and is best summed up by another phrase: “ There is no Corbucci masterpiece without one sloppy scene, but there is also not one of his weak films without one brilliant scene.”

"When Leone created something like -in the context of SWs- epic westerns, than Corbucci was the protagonist of the dramatic Italian western and it's (also social) pathology. Thereby it was maybe excactly the fact that Corbucci was the less "serious" director of both (who plays more with the effects than to fathom them, like Leone always tried to do), which was responsible that he was able to succeed in creating at times the more "risky" constructions, the stronger provocations." (Georg Seeßlen)

Sergio Corbucci entered the film business early in 1948 as assistance director and made his feature debut at the age of 23 in 1951 with Salvate mia figlia. In the 50s he directed a few comedies and melodramas without leaving a great impression. Several more genre parodies followed through to 1964 featuring popular local comedians like Toto or the duo Franco & Ciccio.

In 1959 he took over the second unit for The Last Days of Pompeji as a favour for Sergio Leone who had just become the unofficial director of this film. The film was shot in Spain and featured, along with Leone, Corbucci, Enzo Barboni, Duccio Tessari and Franco Giraldi; a lot of the key personal who would be responsible for most of the early successes of the SWs in the mid 60s. There the young men dreamt of shooting in this meagre countryside westerns instead of Sword and Sandal films. In the early 60s Corbucci also directed 2 contributions to the then very popular peplum genre, and it was most possibly here where he discovered his talent for action films.

It was a screenplay for a comedy called Il magnifici tre (1961) which brought him first in contact with the western genre and it was another screenplay which gave him 2 years later the first chance to gather experience in directing westerns. When producer and director Alfredo Antonini (alias Albert Band) got in trouble with directing Massacre at Grand Canyon (1963) Corbucci took over the director’s chair (but according to himself only for "some scenes"). Credited to Stanley Corbett the co-directed film is a rather clumsy affair, which showed almost nothing of the talents for framing and dynamics Corbucci had already demonstrated e.g. in the lively Romolus & Remus (1961).

So it’s not wrong to call Minnesota Clay (1964) his real genre debut, the first SW to be released not under an amercanized pseudonym. Shot at the same time as A Fistful of Dollars, and released shortly thereafter without much success, Minnesota Clay showed most of the staple marks which would characterize the sub-genre in the following years, even if the derivation of it’s American models was still visible.

Around 1966 he made 4 westerns in quick succession and it was the second of them (the first to be released) which would establish his name. Typical for the early phase of SWs, with it’s naive mixture of American influences and a newly found freedom in creating then outrageous outbursts of cinematic violence, only the 1st scene of the otherwise ordinary Johnny Oro (1965) was an indication of the things to come. So it was Django (1966) which made Corbucci famous and notorious at the same time. The sheer power of it’s unusual ideas and images swept aside the shortcomings in the weaker second half and the limitations of a shoestring budget. It was the bleak atmosphere, the morassic photography, the black humour, the bizarre ideas (Django on foot dragging a coffin behind him), and the excessive, often sadistic presentation of violence which made Django one of the most influential films of the genre. The character himself became so popular that he spawned dozens of unauthorized successors, many of them only connected by using the name of the unsurpassed original.

Two more westerns, made or released in 66, were more of a step back for Corbucci. The sometimes lazily structured Navajo Joe (1966) was a straight revenger benefiting from the well filmed action scenes and from Corbucci’s newly developed image framing by using the tele lens. I crudeli (The Hellbenders, 1967) reunited him with producer Antonini, but again the work wasn’t very fruitful, as plot and characters were too flat to make the intended character drama work.

After directing a thriller in 67, Corbucci made those 2 films which brought him in the spotlight of the critics. Released within a month in late 68 The Great Silence and The Mercenary showed the director at his most assured. It was the same month, the same short space of time in which Leone’s Once upon a Time in the West was released.

Corbucci’s virtuosity in directing, which had come now to full bloom with breathtaking framings and images, together with a social critical (but ambivalent) possibility to interpret them, and his readiness to play with the expectations of the audience helped them to become cult movies , at least in Europe. The existentialistic The Great Silence was something like an endpoint to the bleak, dirty, violent phase of SWs, while The Mercenary summed up the genre’s stylistic grandeur and paved the way for a new cycle of more tongue in cheek westerns constructed around elegantly dressed weapon experts. And even if rather different looking, both were as cynical as SWs could become without denying their popular basis.

With the underrated The Specialists (1969) and the often still brilliantly directed Companeros (1970) Corbucci made two more remarkable westerns, which weren’t as coherent as their predecessors, and therefore couldn’t unfold their full potential. By replacing irony more and more with flat jokes in combination with an increasing lack of interest towards a stringent direction, both marked, despite their undisputed qualities, the beginning of his decline, which took place thereafter amazingly fast.

It’s not easy to say why Corbucci chose the westerns he actually made over the next years as his projects, instead of creating more promising films. The rather confused Sonny and Jed was followed by another Zapata western called meaningfully What Am I doing in the Middle of the Revolution?. This became the most “Italian” of all his SWs, but the unusual idea of an unlikely pair of Italians, a priest and a ham actor, being caught in the turmoil of the revolution, was executed without any enthusiasm. Corbucci meanwhile had shifted his interest finally back to comedies and the often awful The White, the Yellow , the Black (1974) ended his SW career with a sad note. Albeit it was a huge success, even the most successful of all his westerns, in terms of quality he was back with this mostly unfunny comedy where he started with Massacre at Grand Canyon.

His directing career lasted for another 15 years until his death in 1990, and was mainly determined by comedies. Some of them, made with stars like Adriano Celentano and Bud Spencer and Terence Hill, became his most successful films, before in the 80s his fame began definitely to pale with lots of unknown films which seemed to be aimed mainly at the domestic market.

Sergio Leone called him early in 1969 the most creative Italian director, and added: “If only he had realised all his ideas, he could have become one of the greatest.”

Francesco Rosi once asked him: “Aren’t you ashamed making all these bad films?” And Corbucci answered: “Yes, I’m ashamed, but when I go to the bank counting my money, I’m not ashamed anymore.”

If Sergio Corbucci hadn’t been able, for whatever reasons, to make another film after 1968 (or let’s say 1970), he surely would have become a cinematic myth. But instead of the man, at least his best films have gained a deserved cult following.

Django - The Great Silence - The Specialists

The nightmare version of the western (not the west) 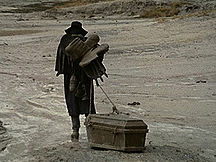 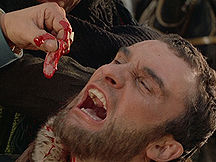 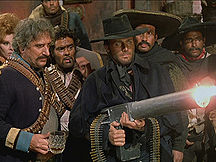 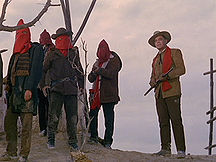 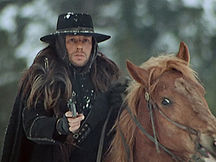 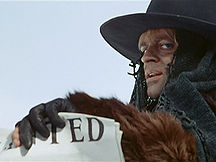 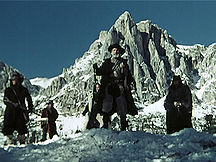 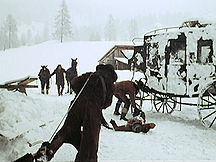 The Mercenary - Vamos a matar, Companeros

Formal brilliance and playing with politics