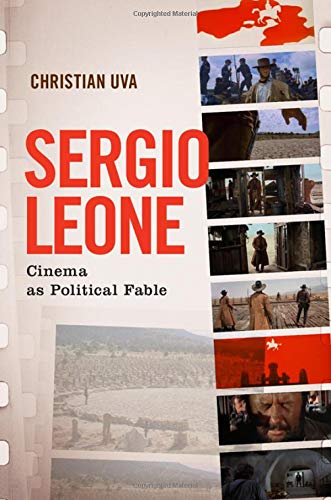 Spectacle, myth, fable - these words instantly leap to mind when considering director Sergio Leone's celebrated films. His popularization of the Spaghetti Western genre, through works like A Fistful of Dollars (1964) and Once Upon a Time in the West (1968), continues to have a profound impact on filmmakers worldwide. In this exciting new study, Italian film scholar Christian Uva explores a side of Leone's works rarely before discussed: the political. Grappling with the contradictions between Leone's politically critical cinematic eye and his aversion to ideological classification, Sergio Leone: Cinema as Political Fable makes sense of how the director's internal political tensions shaped the radical themes of his Western fables.

Looking at Leone and his films through a number of lenses, the book examines the elements of Italian history and identity interwoven in the director's stories, provides cultural context for a career spanning from Italy's fascist regime to Leone's death in 1989, and discusses the influences that formed Leone's directorial identity. Uva focuses in particular on the postmodernist theory behind Leone's works, revealing the critical basis of his stylistic and narrative innovations and newly analyzing the most iconic sequences from The Good, the Bad, and the Ugly (1967), Duck, You Sucker! (1971), and Once Upon a Time in America (1984). An admirably thorough take on the man and his works, Sergio Leone: Cinema as Political Fable provides fresh perspective on a director long-established in cinema canon.