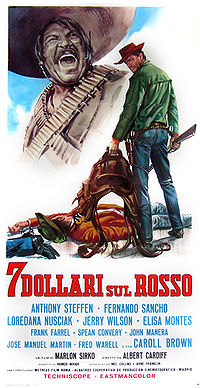 The bulk of the movie was shot in 1965, but for some reasons the works were suspended. The film is still tributary to the Hollywood style of film making, but some of the characteristics of the spaghetti western genre start to shine through. Nothing sets it apart among the stream of spaghetti westerns that deluged the market in the mid-sixties, until the last twenty minutes, that are truly memorable. - Scherpschutter