A Spanish western set in revolutionary Mexico. It's an average achievement, but noteworthy for its antipathetic depiction of Pancho Villa and the Villagistas. The story, partly based on fact, is set in 1916, shortly after Pancho Villa's historical attack on the town of Columbus, New Mexico. The raid was successful, but Villa was shot in the leg and forced to leave the loot behind in a small border town. Villa therefore asks an adventurer, Diego Avalardo, who can pass for an American - his knick-name is the 'Gringo' - to retrieve the gold and selects six of his most loyal soldiers to keep an eye on him. Alavarado has accepted the job because he holds the army responsible for the death of his wife, but in reality she was killed by the Villagistas, during a murderous frenzy in which many aristocratic families were slaughtered. When Diego finds out the truth the events lead to a bloody climax ... 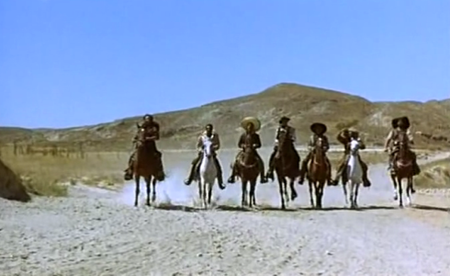 The movie is well-shot, with a good use of locations and sets, and the score is a pleasant mix of familiar Spanish/Mexican tunes, but the script is a grab bag of ideas that aren't developed properly. There are too many scenes with the traveling companions chatting, quarreling and laughing out loud, often for no reason at all. They make an occasional stop in a Mexican village, where the señoritas are beautiful and the wine flows freely, but it all feels a little aimless until Don Diego is told the truth, by a widow whose husband was killed by Villagistas as well. The action picks up in the final third and the finale is not bad at all (if not particularly exciting either).

This is an odd movie. Spanish critics often expressed their dismay at the way Mexicans (after all brother people) were portrayed in spaghetti westerns, but this Spanish oater suffers the same defects: the Mexicans harass women, are loud and abusive, and the only person who knows how to behave, is the Gringo in their midst (*1). But the most striking detail, is the depiction of Villa and his men as greedy cutthroats. Few scholars would uphold the idea that Villa was some kind of Robin Hood, but he's still considered by many as a man with a mission who truly believed in his cause. The movie was co-financed by American producer Sidney W. Pink and maybe he insisted upon a unfavourable depiction of the famous revolutionary leader. After all the Raid on Columbus was a violation of the territorial integrity of another state and cost many innocent people's lives (*2) 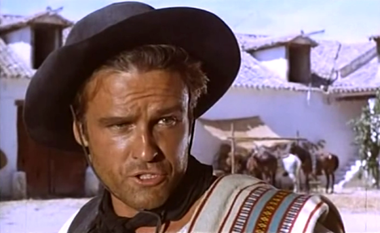 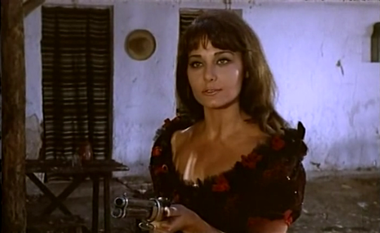 Simon Gelten is a long time contributor to the SWDb. "I'm not as old as Tom B. but I'm working on it. I hope to catch up with him by the end of the next decade.", he says. Simon saw all movies by Sergio Leone and several by Sergio Corbucci in cinema, most of the time in Eindhoven, the city where he was born. Currently, Simon is living in Turnhout, Belgium. Simon is active within the database as both Scherpschutter and his alter ego Tiratore Scelto.
Retrieved from "https://www.spaghetti-western.net/index.php?title=Seven_for_Pancho_Villa_Review&oldid=110650"