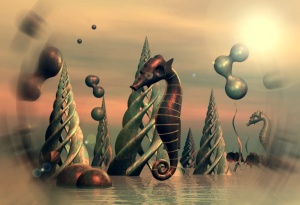 Every film genre has films that sit rather oddly within it or really test the boundaries of the genre. I guarantee that every film genre has these films. Especially Spaghetti Westerns. Which were in turn, subgenre films to the Western as a whole. So being a subgenre, it of course has odd films or films that stick out like a sore thumb when examining the genre from afar. Some of these films are considered oddities because they are genre benders that also contain other film genres in them. Some are odd because of their individual attributes such as surreality, fantasy, or 3D. But though many are not widely discussed, they were very important to the genre.

A good film to start with might be Django Kill. Django Kill is a violent and grotesque film. It was widely banned in Italy and its graphic is shocking even by today's standards. It revolves around a stranger who comes to a western town to exact revenge but soon ends up in a war between two local leaders. The Stranger plays both sides against each other for his own benefit but by the end, no one wins.

Many of these "oddities" are very surreal and dark. Django Kill uses its advanced editing techniques to create horrific montages of greed and obsession to great affect. Creating a surreal feel in the process. Matalo! is perhaps the most surreal. It is filled with unusual camera techniques and echoing sound effects which create a haunting and often horrific atmosphere. For a film to be considered an oddity does not mean it has to be surreal. It is just that many of the stranger ones are surreal and stick out because of this. Another type of surreal is that of Get Mean. There is nothing dreamlike or dark about its surreality. But it is far from probability and crosses the border into dreamland so I suppose this is somewhat surreal.

A film that very closely resembles Django Kill is Cut Throats Nine. A story about nine people who struggle to stay alive amidst the cold and dreary landscape of the Rocky Mountains. The film is the most violent Spaghetti Western and even outdoes Django Kill in gore and violence. It is most known for its violence and when watching it, you'll soon find the only reason you're watching it is because of this fact. But because of its extreme violence, it is something of an outcast among the many other Spaghetti Westerns. Not to mention the fact that it is a Spanish production making it a "Paella" Spaghetti Western. 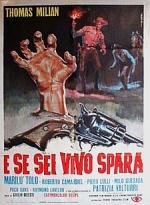 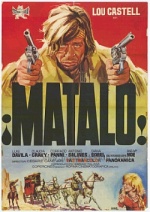 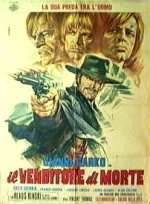 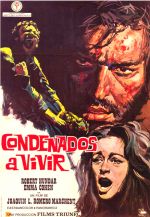 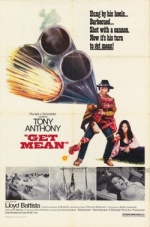 What is interesting about Cut Throats Nine is that it is what you might call a genre bender. A film of one genre which includes aspects from other genres. In this case, it borrows heavily from horror. Gothic horror to be exact. It often gives you a feeling as if a ghost or monster might appear somewhere. This feeling is so strong that I would offer little resistance if Horror was included as one of the genres it belongs to. Many Spaghettis are like this. Beyond Horror, these films can include Giallo, Romance, Comedy, or some type of Art film. Most of the better known genre benders are relatives of Gothic Horror. Italy had many directors contributing to the Gothic Horror genre. Among them, Mario Bava and Antonio Margheritti. So it is no coincidence that these similarites are sometimes obvious.

One film I personally consider a genre bender is Price of Death. This is nothing more than my opinion here and is not officially a real oddity but it is soemthing of an oddity and genre bender. This time, the mixture is Spaghetti Western with murder mystery. Hired gun, Silver, is hired to find the real culprits behind a saloon murder to save a falsely accused murderer from the gallows. The film may be called Gothic with much of the action taking place at night but is a little more practical. It has all the elements of a Mystery with witnesses, witness killing, chases, etc. It is more a murder mystery than Spaghetti Western. For this reason, I call it an oddity.

And I suppose I should explain my rules for these films inclusion. If a film has many strange and defining characteristics that set it apart from other Spaghetti Westerns, then I consider it an oddity. Films which come close to the oddity label might be Requiescant or Cemetery Without Crosses. I also believe that a film does not have to be weird necessarily, to be an oddity. If it is different than the rest, I call it an oddity. A good example of this is Shoot the Living, Pray for the Dead. It is slow paced unlike most, it is set in mostly one location unlike most, and the villain is given slightly more humanity, definitely unlike most. Again, not widely considered odd but this is my belief.

But one film which is most definitely an oddity is Matalo! A small group of bandits occupy an old ghost town as their hideout after a robbery. Soon, a young stranger comes by and eventually kills them. That is basically it for the plot. But that is only part of the film's genius. It tells a very interesting story. And that is just it. It is more story orientated than plot. More time is given to character interactions than action. The plot only consists of about 40 minutes of the film. The rest is dedicated to the pure weirdness. It is also a film made mostly to coincide with the style at the time. It is filmed in the acid western style. More allegorical than upfront. It is an acid trip of a film and is often called the weirdest Spaghetti Western there is. This is definitely true. 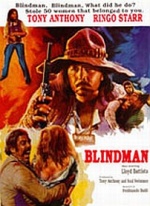 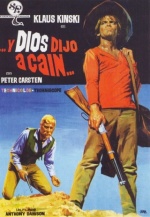 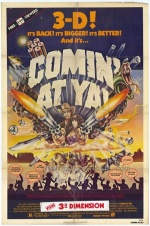 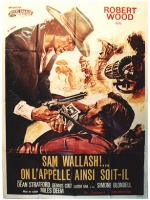 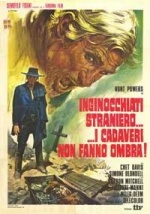 One area that most of these films excel in is pure weirdness. Get Mean is set in Medieval Spain with the Stranger battling Barbarians with an ivory handled Colt, a four barreled shotgun, and a box full of dynamite. Not your usual Spaghetti Western to say the least. With Matalo! there are hippies who ride to the sound of acid rock, butterly belt buckles, 60's style fringe clothing and boomerangs! Very strange. But the strangeness of some of these films sometimes only lies in their setting or technology. Get Mean is mostly a straight forward western and the only thing setting it apart is Spain and Barbarians. It doesn't have the substance of an acid trip film. But those that are strange through and through do have the substance. Matalo!, Django Kill, and Cut Throats Nine all have substance. All have these aspects that make them strange. But again, it doesn't have to be strange to be an oddity.

Get Mean is only strange for the reasons I have already stated. A Stranger is hired to escort the Princess of Spain back to her country and fight an evil horde of Barbarians. The film was the last in the Stranger series. It is also the weirdest. It definitely outdoes Matalo! in weirdness but Matalo's substance leaves Matalo as the strangest. If there is a difference between the two. But the film is very wild and is one film that is unanimously considered an oddity. Its director, Ferdinando Baldi, has a history with genre oddities. He previously directed Blindman, a strange tale of a sightless gunslinger who manages to destroy an army of Mexican Bandidos with only hearing and wits. It is known for its strong nudity and violence.

There are many films beyond those listed here that are oddities. But what we have in this article is some of the strangest or weirdest. We have those that are definite oddites and some that are only oddities by personal defintion. But I feel safe in saying that somewhere at 70% of Spaghetti Westerns go against normal film conventions. They created their own world. Free to elaborate and exaggerate. A fantasy land where almost anything and seemingly everything can happen. This is the world of the Spaghetti Western.

Retrieved from "https://www.spaghetti-western.net/index.php?title=Spaghetti_Western_Oddities&oldid=84877"
Category:
Cookies help us deliver our services. By using our services, you agree to our use of cookies.