The SWDb Staff favorites are a list of films that hold a certain place in the hearts of our editors. This is not a best-of list, but an eclectic selection of personal recommendations by our staff. Click here for recommendations of former contributors. 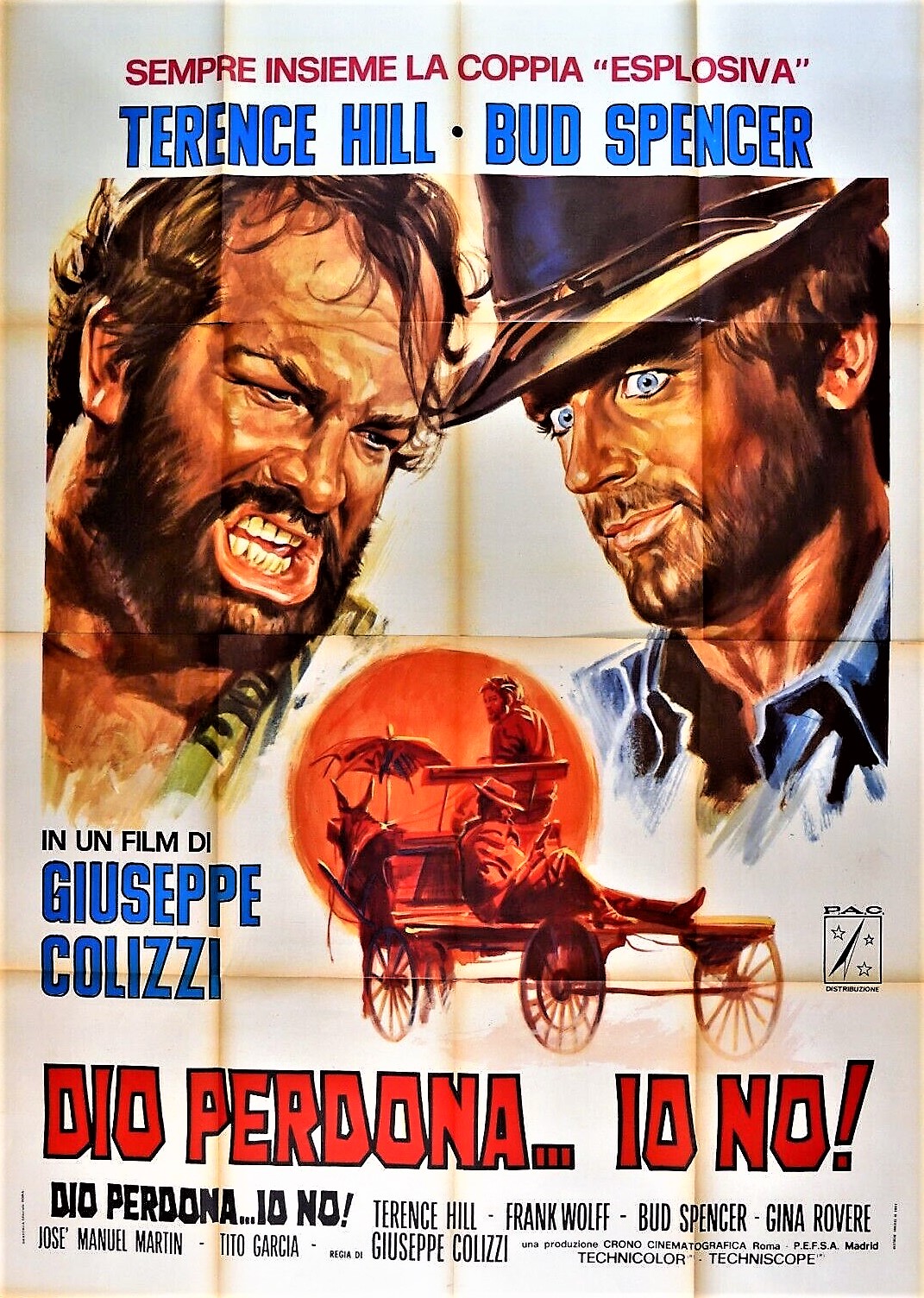 After the train is robbed and all the passengers are massacred, two gunslingers Cat Stevens (Terence Hill) and Hutch (Bud Spencer) plans to get the money back and get their revenge on the cruel outlaw Bill san Antonio (Frank Wolff). God Forgives... I Don't is the first film with Terence Hill and Bud Spencer together in the lead. But this is no comedy! Film has some familiar Hill/Spencer ingredients like fist fights and usual squabbling between Hill & Spencer but otherwise it's a serious and violent western. Great story which borrows a thing or two from The Good, The Bad and The Ugly (film's working title was "Il cane, il gatto, la volpe" which translates to "The dog, the cat and the fox".) This film is special to me because it's one of the very first spaghetti westerns I ever saw and it's such a entertaining movie that I can watch it over and over again without getting bored. I also recommend it to all those who are not fond of comedies of Hill and Spencer because this film shows that they're also capable to serious films.

Film was followed by two sequels: Ace High with Eli Wallach and rather disappointing Boot Hill. 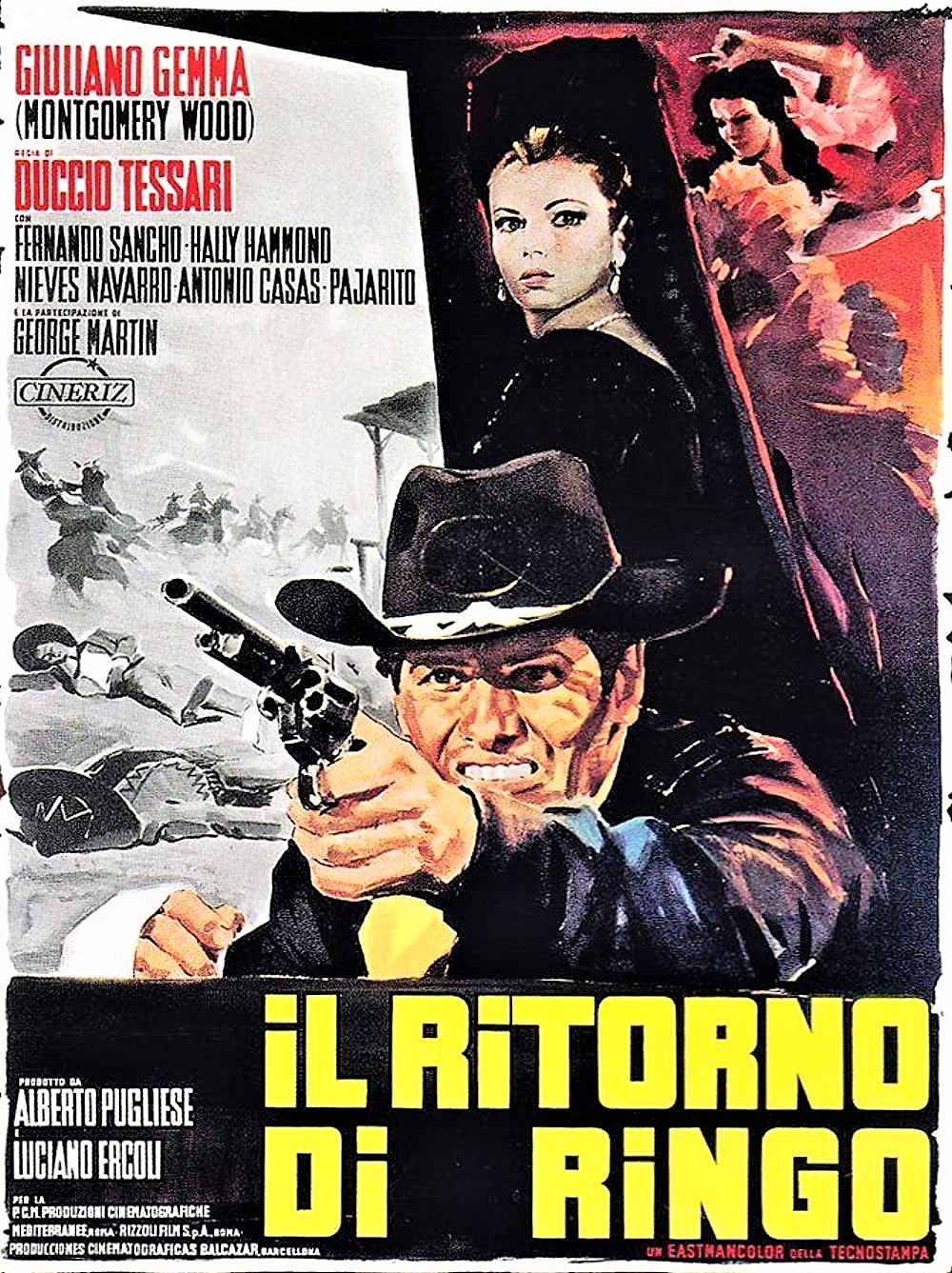 Made back to back with Pistola per Ringo, Una, this is one of those 'sequels' that has nothing to do with its predecessor except a common name. In fact this film is a stylish retelling of the Odyssey, with Gemma playing the role of the latter day Odysseus, returning from the civil war to find his home taken over by bandits and his wife set to marry their evil leader. Our hero disguises himself as a mestizo peasant in order to infiltrate his old home and discover if his wife has remained faithful during his absence.

With a rousing theme from the genius Ennio Morricone and an all star Spaghetti cast this movie delivers on every front. Action, romance, melodrama and a bit of comedy for good measure; this one has it all. Leave your cynicism at the door and enjoy the ride! --Phil H 00:58, 16 October 2007 (CEST) 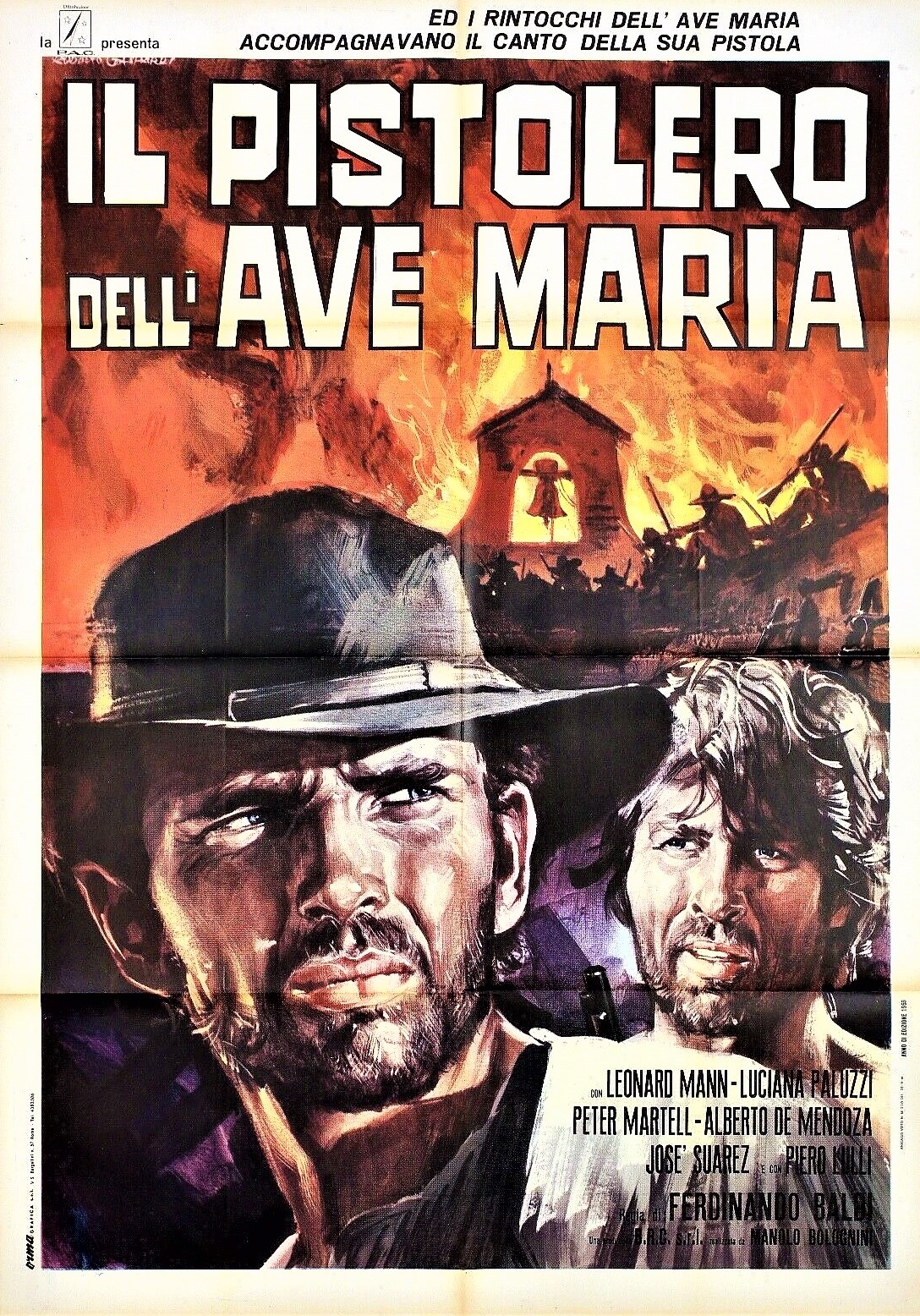 From the unforgettable score to the gripping screenplay this is one of the small gems of the genre. Three young adults Rafael, Sebastian and Isabella carry out a tale of intrigue and vengeance against Sebastian and Isabella's mother Anna Carrasco and her lover Tomas. The three as children watched as Sebastian and Isabella's father General Juan Carrasco, is killed on the night of his triumphant return from a long military campaign. The children now young adults try to put the pieces together of how the event happened. All the while haunted by chiming church bells. Anna continues to try and thwart their intentions by trying to stop Rafael but Tomas wants him murdered by a gang of hired assassins. Tomas now the scorned lover because of his violence, tries to regain Anna's love. It all boils down to a final reckoning of accounts in their burning hacienda and a confession by Anna that she is not really the children's mother.

A great screenplay that holds your attention and good acting by all the principal and supporting actors surrounded by one of the most unforgettable scores of the genre make for a must see film and my all-time favorite guilty pleasure. --Tom B. 23:45, 5 November 2007 (CEST) 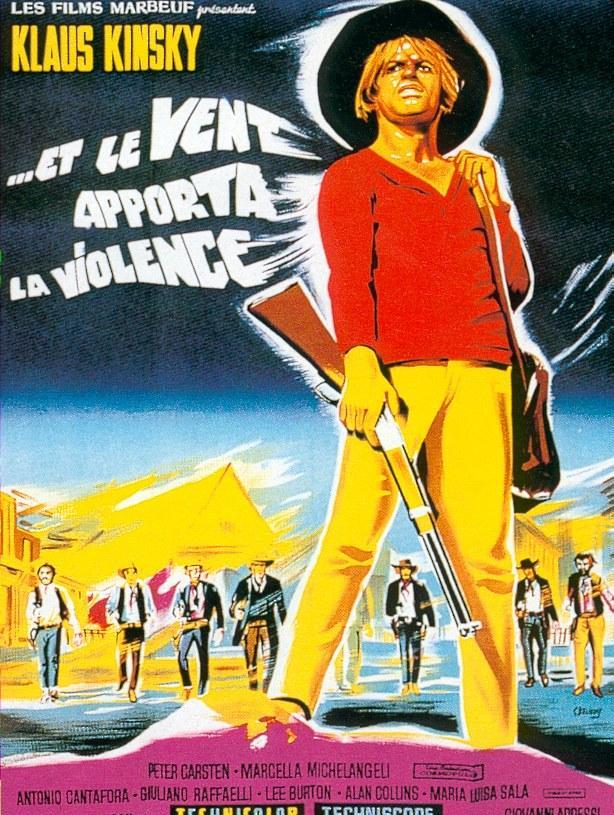 And God Said to Cain (1970) is one of those Spaghetti Westerns that, to me at least, embody the better aspects of the genre: grittiness, violence, seriousness and a certain religious/biblical subtext. Klaus Kinski does one hell of a job here playing the avenging angel, and Margheriti's film here comes to a dark and flammable finale that puts many rivals to shame. It is a bit like those Baldi family dramas, but subtler, with a tad more seriousness attached to it and there is no attempt to grab attention. The movie has been called a mystic western, because the finally combines not only the sinister atmosphere of the story, but it adds natural powers, in this case a hurricane, to the almost divine death sentences of revenge that are pronounced over the perpetrators, and brought in the form of Kinski's character. As I wrote earlier in a review of the German DVD, this movie is a celebration for fans of the sinister kind of films, and you won't be disappointed. 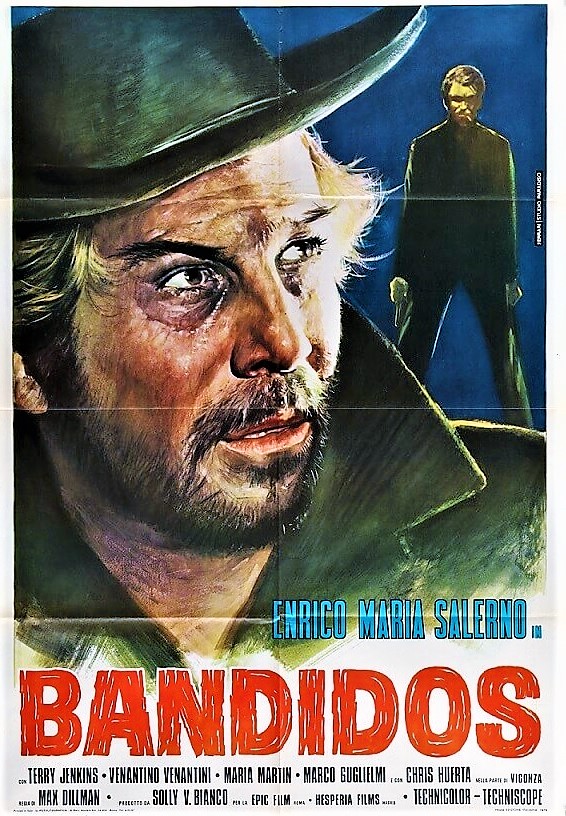 Bandidos (1967) A train is assaulted by a gang and all the passengers are killed, except for one, a famous sharpshooter who is recognized by the gang leader. He is mutilated so severely that he will never be able to hold a gun. To make a living he starts as a promoter for a Wild West show, preparing his revenge by educating a young man as a gunslinger. The plan seems to work, but this young man has his own reasons to chase the bandit, and it's all related to the assault on the train ... Combining elements from Greek drama and the psychological thriller, and directed by Sergio Leone's former director of photography, Bandidos is one of the most intense and beautifully looking spaghetti westerns. It was sadly overlooked when first released. 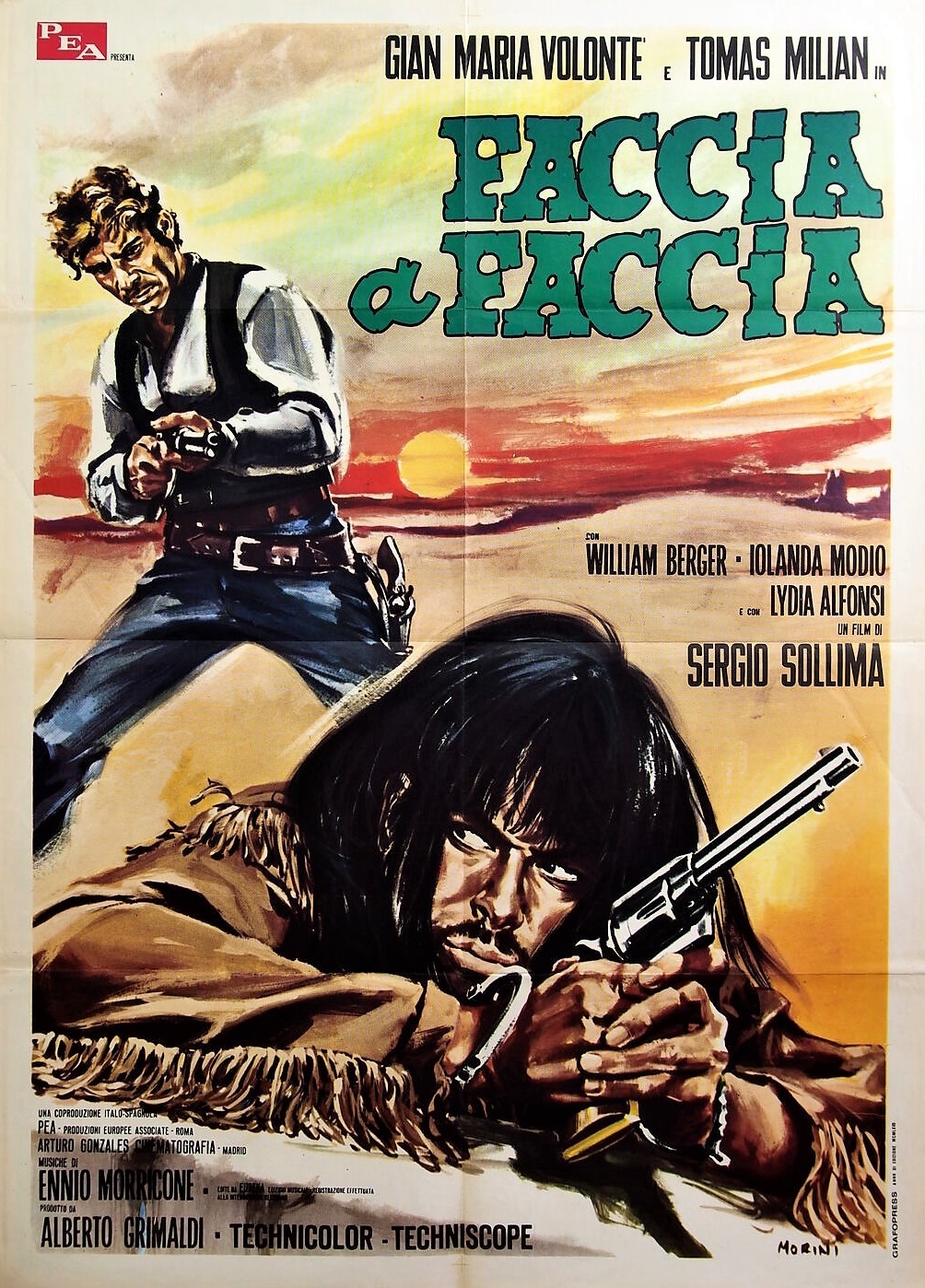 Prior to watching this one, I’d read numerous reviews describing it as a ‘political’ film that acted as a parable on the rise of fascism in Europe throughout the 20th century. While it certainly has those elements, I was surprised to find that this film had a far more philosophical approach to its thematic concerns. I personally view this movie as Sollima’s musing over concepts and themes such as man vs. man, man vs. environment, sexuality, violence and the justification (or imputation) thereof, fate and doppelgängers (the last two of which Alex Cox used to describe the film when it was shown on BBC2’s Moviedrome series), among many others. Few films have left me as uneasy as its characters, and few writers and directors have been as willing to question themselves throughout their own films as Sollima and Sergio Donati - as someone who wishes to write, direct and produce, films like these don't come out all that often. The cast members – Volontè, Milian, Berger, Modio, André, Sambrell, Alfonsi, del Pozo, even Linda Veras – are pitch-perfect. Rafael Pacheco’s cinematography is highly sophisticated and establishes its own flair without trying to trump Tonino Delli Colli’s work on Leone’s movies, and Morricone’s score, with its Thomas 900 organ, is bold and dramatic without being bombastic.

Ultimately, despite it not being as exciting or emotional as some of Leone and Corbucci's films, Face to Face is a highly original, multi-layered character drama that deserves far more academic and critical scrutiny than it has recieved. Give both the English and Italian versions a watch (Volontè dubs himself in Italian, while Milian and Berger are heard in the English dub), but be warned – Andrè's English voice actress sounds like she's trying to play Scout from To Kill a Mockingbird [!], and the uncut English version has long been out of print, with most versions running 20 minutes shorter than the Italian dub. Patrick (talk) 15:00, 14 January 2016 (UTC)

(Update [23 May, 2016]: Explosive Media's latest DVD, as well as their limited edition Blu-ray, includes both abridged and uncut English versions. The picture and audio quality of the scenes from the US version are slightly less than excellent, while the scenes originally from the Italian version are pretty flawed sound-wise, but are at least presentable.) 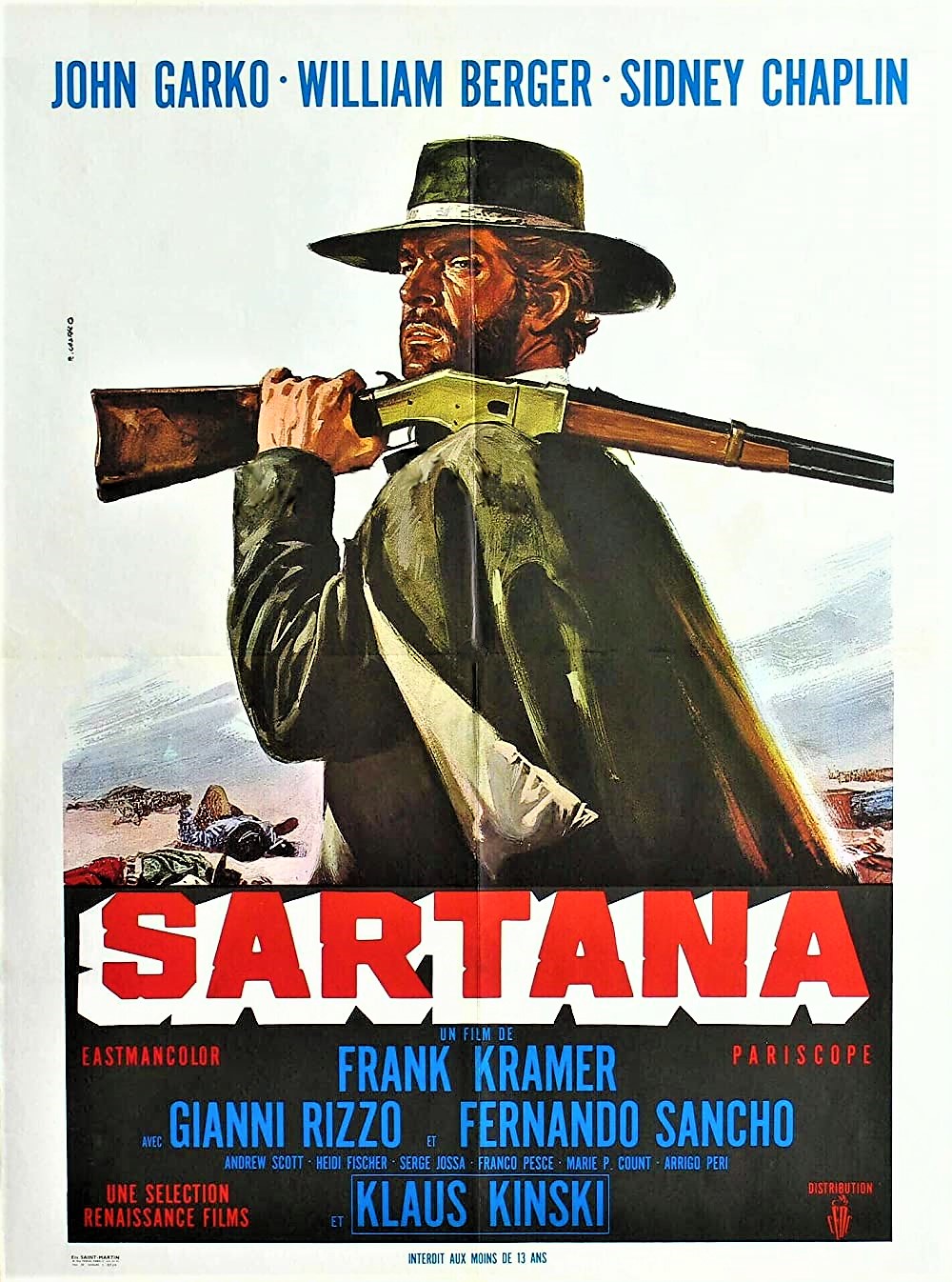 If You Meet Sartana, Pray for Your Death (1968, Gianfranco Parolini).

To my way of thinking, this is possibly the most quintessential spaghetti western to ever come out of Italy by virtue of its distilling all preponderant tendencies and facets of the genre. The work constitutes, in a certain sense, a nexus between genre’s crème de la crème and its lower strata represented by cheapjack, dime-a-dozen productions of questionable originality. On one hand, the film encompasses the overstylized aesthetics of Corbucci’s as well as Leone’s oeuvres, whereas Sartana’s sepulchral persona and the gloomy atmosphere seem to reflect Gothic elements found specifically in horror-inspired genre examples. On the other hand, its chintzy sandpit locations and barely comprehensible storyline appear to echo the squalor of the dregs of the genre; what with the way it proudly sports and enshrines their clichés, one could argue that the work comes to exhibit semi-parodic characteristics, thereby combining boldness of form with overall intertextuality. The resolute, quasi-caricatural performances by William Berger and Fernando Sancho are the final cherry on top and Piccioni’s score is an absolute classic. A bona fide trash masterpiece, not to be missed.

Retrieved from "https://www.spaghetti-western.net/index.php?title=Staff_favorites&oldid=136628"
Category:
Cookies help us deliver our services. By using our services, you agree to our use of cookies.