Stagecoach of the Condemned Review

A late spaghetti/paella, a thriller-western, largely set indoors, like the better known Shoot The Living, Pray For The Dead. With a story about redemption (rather than revenge) plus a hostage situation, it is surprisingly American in feel for a spaghetti western produced this late into the stream. There are echoes from both John Ford's Stagecoach (note the title!) and the series of westerns made by Budd Boetticher & Randolph Scott, known to western fans around the globe as the Ranown cycle (*1)

A bandit called Stevens (Bruno Corazzari) and his gang are thrown in jail after a stop at a farm ended in rape and murder. They tried to erase all evidence, but seem to have overlooked one person, who's now on his way to town to testify against them. One of Stevens' friends, a Mexican called Ramon Sartana (Fernando Sancho), holds up the stagecoach bringing the witness to town. Sancho is not sure which one of the passengers is the witness and therefore decides to make a stop at a coaching inn, not knowing that the owner (Richard Harrison) is a retired gunman, once known as the fastest gun in Texas ...

According to Erika Blanc (who plays Harrison's wife) the film was shot during a rainy month, on a shoestring, on neglected, dilapidated sets: buckets and wash-tubs were used to catch the water and prevent the sets from being inundated (*2). Sancho is his usual ebullient self, but at the same time less relying on his usual mannerisms; he has more screen time and more lines to deliver than Harrison's gunslinger, who almost seems a supporting character. The look in Harrison's eyes is by the way so mean that I thought for a moment that he was supposed to be the villain. He also looks rather thin, no longer the huge, muscular guy from the peplum movies; he must have been told that Italian audiences preferred their western heroes lean (*3). 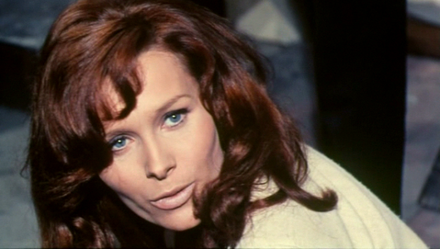 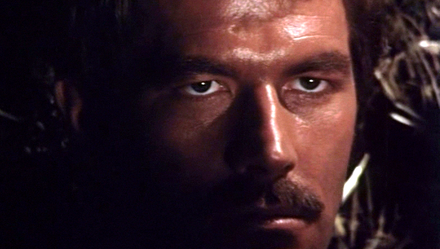 I wouldn't call this one of the genre's a hidden gems, but it's a entertaining little movie; it has its share of flaws, but it's a bit different from the average output. The story element of the ex-gunslinger who promised his wife never to use a gun again, feels worn-out (and also leads to a couple of embarrassing scenes with the man's young son, who thinks his father is a coward). There are also too many fistfights, and let's be clear: the Italians were never very good at them. But the hostage situation is handled with flair and even if those indoor scenes are a bit static, tension is always in the air.

Simon Gelten is a long time contributor to the SWDb. "I'm not as old as Tom B. but I'm working on it. I hope to catch up with him by the end of the next decade.", he says. Simon saw all movies by Sergio Leone and several by Sergio Corbucci in cinema, most of the time in Eindhoven, the city where he was born. Currently, Simon is living in Turnhout, Belgium. Simon is active within the database as both Scherpschutter and his alter ego Tiratore Scelto.
Retrieved from "https://www.spaghetti-western.net/index.php?title=Stagecoach_of_the_Condemned_Review&oldid=115773"