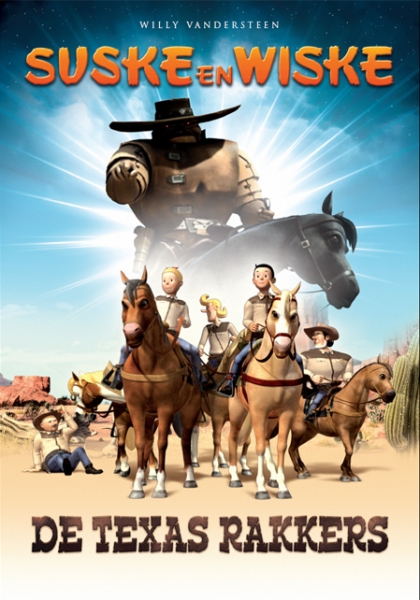 Luke and Lucy find out that a masked villain called Jim Parasite has kidnapped and shrunk all the Texas Rangers. They leave for Dark City, Texas with their friends and settle in the Texas Rangers' Head Quarters. It quickly becomes clear that they are not welcome. Parasite terrorizes the city and has spies everywhere. The saloon dancer Miss Missy decides to join Luke and Lucy in their fight against Jim, but Aunt Sybil doesn't trust her and suspects that she is secretly in cahoots with Parasite. Is she jealous of Ambrose and Wilbur's interest in Miss Missy?