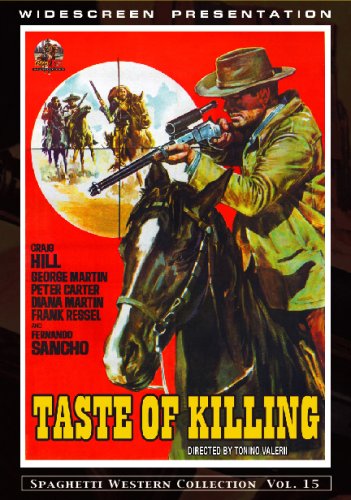 Hank Fellows (Craig Hill) is a professional gunman, hired to protect a load of gold for mine mogul Collins (Piero Lulli), after he made his name protecting another shipment of money that almost got snatched by the Sanchez (Fernando Sancho) gang. An elaborate plot by a gang of ruthless mexican bandits to rob the gold from the bank, that involves hostages and family intrigue, goes wrong at the wits of the "Lanky Fellow", and Collins in the end doesn't have to call upon the insurance, because his gold is safe and sound.

Tonino Valerii did a nice job with this flick. The narrative is nicely framed by Lanky's money transport stakeouts, the old guy who kind of works as the 'suffleur', and the recurring musical themes (that seem at parts borrowed). The cinematography is really good and the movie has Carlo Simi's fingerprints all over the place. While the plot has a few holes and the characters aren't fleshed out well enough, the movie is entertaining enough and the action is well paced. A few good gunfights and stabbings, decent explosions and dramatic dialog. All in all, Taste of Killing is a very decent spaghetti western.

Wild East delivers a decent widescreen print of this film, from Italian masters, visible from the credits sequences. The picture is sharp and vivid, it even looked extremely well on the huge screen I watched it on. The downside are visible scratches, dirt and the works. There are a few moments where the print is washed out and from seemingly worse sources, but overall, the picture is quite good. The only audio option is the English dub, which is decent, sounds quite dynamic and is generally of good quality. Wild East as usual, packed a nice picture gallery on the disc, along with the Italian and English trailers. At this point, some sort of featurette about Mr Hill would have been nice, though.

I hadn't heard much about this film, and honestly, I was not blown away by it. A standard spaghetti western, with a bit more production value than usual, a good cast, solid music and good people working behind the camera. Enjoyable, but neither overly funny nor overly intense in any way. A decent flick, and that on a decent DVD once again by Wild East, with good picture and sound quality, despite the print damage and a lack of noteworthy DVD extras. A recommended purchase to the spaghetti western fan.