Tepepa (Italy · Spain 1968) is a Zapata-western by director Giulio Petroni. 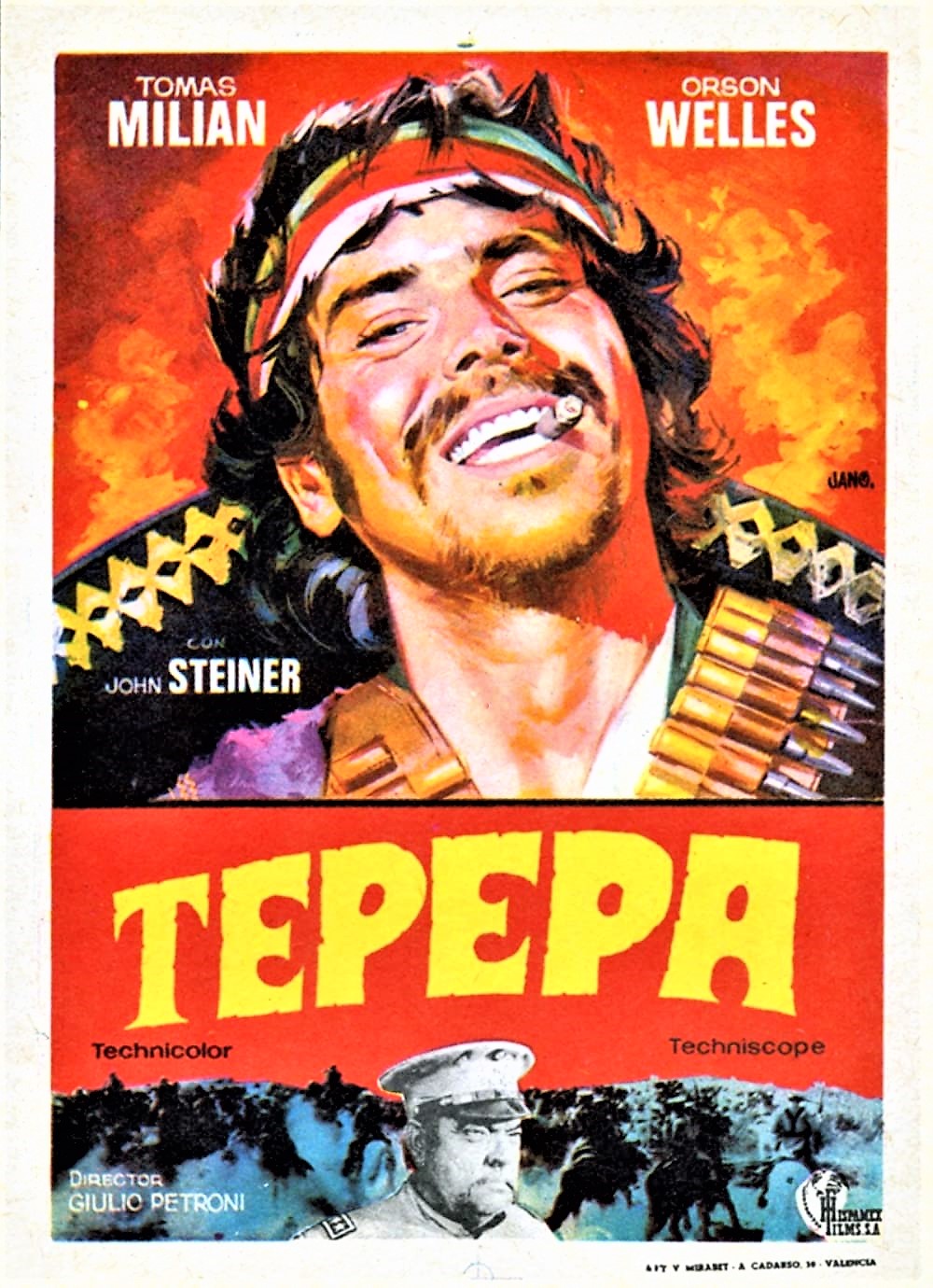 An English doctor saves a Mexican revolutionary leader (Tepepa) from the firing squad in order to exact personal revenge for the death of his fiancée. But things are not so simple, as the revolutionary is a popular man with the masses and his version of events throws doubt as to his guilt in the matter. The doctor is not swayed but, as political hostilities are renewed, both men are engulfed in the increasing violence and find themselves pursued by the ruthless Colonel Carrosco who is determined to recapture Tepepa and make an example of him to the peons who see him as a hero.

Various shorter versions exist, e.g. one for Italian TV and the Spanish DVD both are about 97 minutes. Please help the SWDb expand this section.

Retrieved from "https://www.spaghetti-western.net/index.php?title=Tepepa&oldid=140132"
Categories:
Cookies help us deliver our services. By using our services, you agree to our use of cookies.