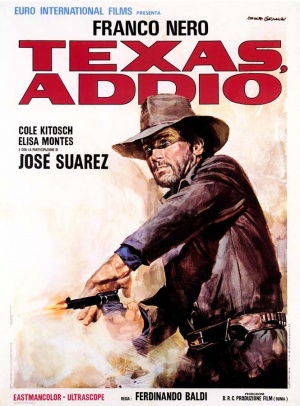 Nero, the sheriff of a border town, heads for Mexico to settle an old score: as a boy he has witnessed how his father was killed by a Mexican. In his quest for revenge, he is accompanied by his younger brother. The man they’re looking for has become a local tyrant, but the plot thickens when he turns out to be the younger brother’s father as well. While the younger brother is locked up by his father, Nero is escorted back to where he came from, but at the border his escort is attacked by a lawyer-turned-revolutionary and his men, who are about to march against the oppressor ...

This is a very entertaining spaghetti western, although it suffers a little from a series of unexpected shifts in tone. It starts as a straightforward revenge movie, takes a melodramatic turn halfway, and almost ends like a Zapata western. Some people involved in the production (Barboni, Rosetti and Bolognini) had previously been involved in Corbucci’s Django, and the film was called Django 2 in some countries, even though Nero’s character is called Burt Sullivan. It is often described as a more Hollywood orientated spaghetti, but borrows only a little from the more traditional US westerns. Apart from the soppy theme song and a few sentimental scenes, it unmistakably bears the spaghetti trademark: it is sadistically violent and characterized by many of the mannerisms the Italian western is identified with. - Scherpschutter