The Euro-Western: Reframing Gender, Race and the Other in Film

The Euro-Western: Reframing Gender, Race and the Other in Film 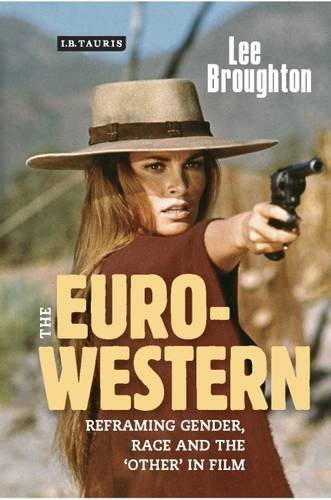 The Western has always been inextricably linked to the USA, and studies have continually sought to connect its historical development to changes in American society and Hollywood innovations. Focusing new critical attention on films produced in Germany, Italy and Britain, this timely book offers a radical rereading of the evolutionary history of the Western and brings a vital international dimension to its study. Lee Broughton argues not only that European films possess a special significance in terms of the genre's global development, but also that many offered groundbreaking and progressive representations of traditional Wild West 'Others': Native Americans, African Americans and so-called 'strong women'. European Westerns investigates how the histories of Germany, Italy and Britain - and the idiosyncrasies of their respective national film industries - influenced representations of the self and 'Other', shedding light on the broader cultural, historical and political contexts that shaped European engagement with the genre.

About the Author: Lee Broughton is a freelance writer, critic, film programmer and lecturer in film and cultural studies. His research on European Westerns has appeared in the collections Directory of World Cinema: Germany 2 (2013), Impure Cinema: Intermedial and Intercultural Approaches to Film (2014), International Westerns: Re-Locating the Frontier (2014), Spaghetti Westerns at the Crossroads (2016) and Mapping Cinematics Norths (2016). He is the editor of Critical Perspectives on the Western: From A Fistful of Dollars to Django Unchained (2016).

Retrieved from "https://www.spaghetti-western.net/index.php?title=The_Euro-Western:_Reframing_Gender,_Race_and_the_Other_in_Film&oldid=121096"
Category:
Cookies help us deliver our services. By using our services, you agree to our use of cookies.