From The Spaghetti Western Database
(Redirected from The Good, The Bad and The Ugly)
Jump to: navigation, search

Il buono, il brutto, il cattivo (Italy, 1966). This is the third part in the unofficial trilogy of the "Dollars movies". 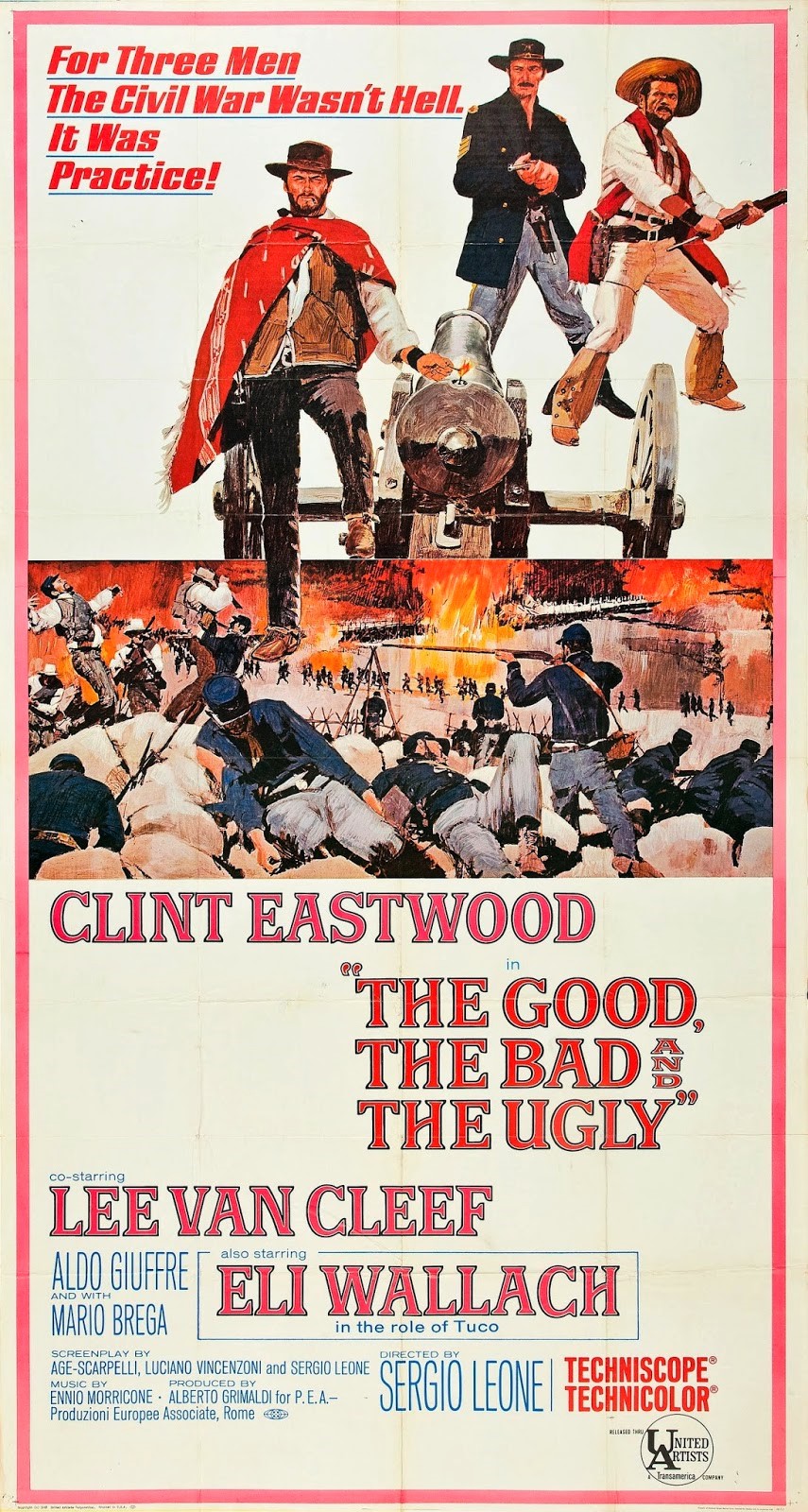 The Good (Clint Eastwood), The Bad (Lee Van Cleef) and The Ugly (Eli Wallach) are all out to get a large consignment of gold, which is buried in a graveyard. The Good knows the name of the grave and The Ugly knows the graveyard this is in. As they travel through Civil War torn America, they are constantly trying to double cross each other in order to get the gold for themselves. The film finishes with a dramatic three way gunfight.

Eli Wallach, Clint Eastwood and Lee van Cleef's original voices are heard in the English language track of this film. For the extended cut released on home video, some scenes had to be re-dubbed with the already older Wallach and Eastwood, a difference audible to some fans.

Retrieved from "https://www.spaghetti-western.net/index.php?title=Buono,_il_brutto,_il_cattivo,_Il&oldid=140704"
Categories:
Cookies help us deliver our services. By using our services, you agree to our use of cookies.