Review of the new UK BluRay release of The Great Silence by Eureka. 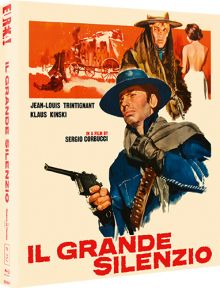 Story (taking this from the press release, forgive my laziness): On an unforgiving, snow-swept frontier, a group of bloodthirsty bounty hunters, led by the vicious Loco (Klaus Kinski) prey on a band of persecuted outlaws who have taken to the hills. Only a mute gunslinger named Silence (Jean-Louis Trintignant) stands between the innocent refugees and the corrupt killers. But, in this harsh, brutal world, the lines between right and wrong are not always clear, and good does not always triumph.

Woah. Well there is of coure more to the story, with an upcoming amnesty for the outlaws for election purposes, an upright but powerless sheriff (Frank Wolff), a vengeaful widow (Vonetta McGee) and a cowardly judge (Luigi Pistilli).

I am not gonna wax long about the movie. It has been reviewed to death, including on this site (for example my own review of the film and the USA BluRay by Film Movement), and for all the right reasons. The Great Silence is one of the genre's greatest examples and in and itself an outstanding movie of its time. It's one of a handfull of "snow westerns" as well, with the cold and snow adding to the atmospheric gloom and grim subject matter. Let aside the spaghetti aspect, and it remains one of the best and most influential westerns ever made. 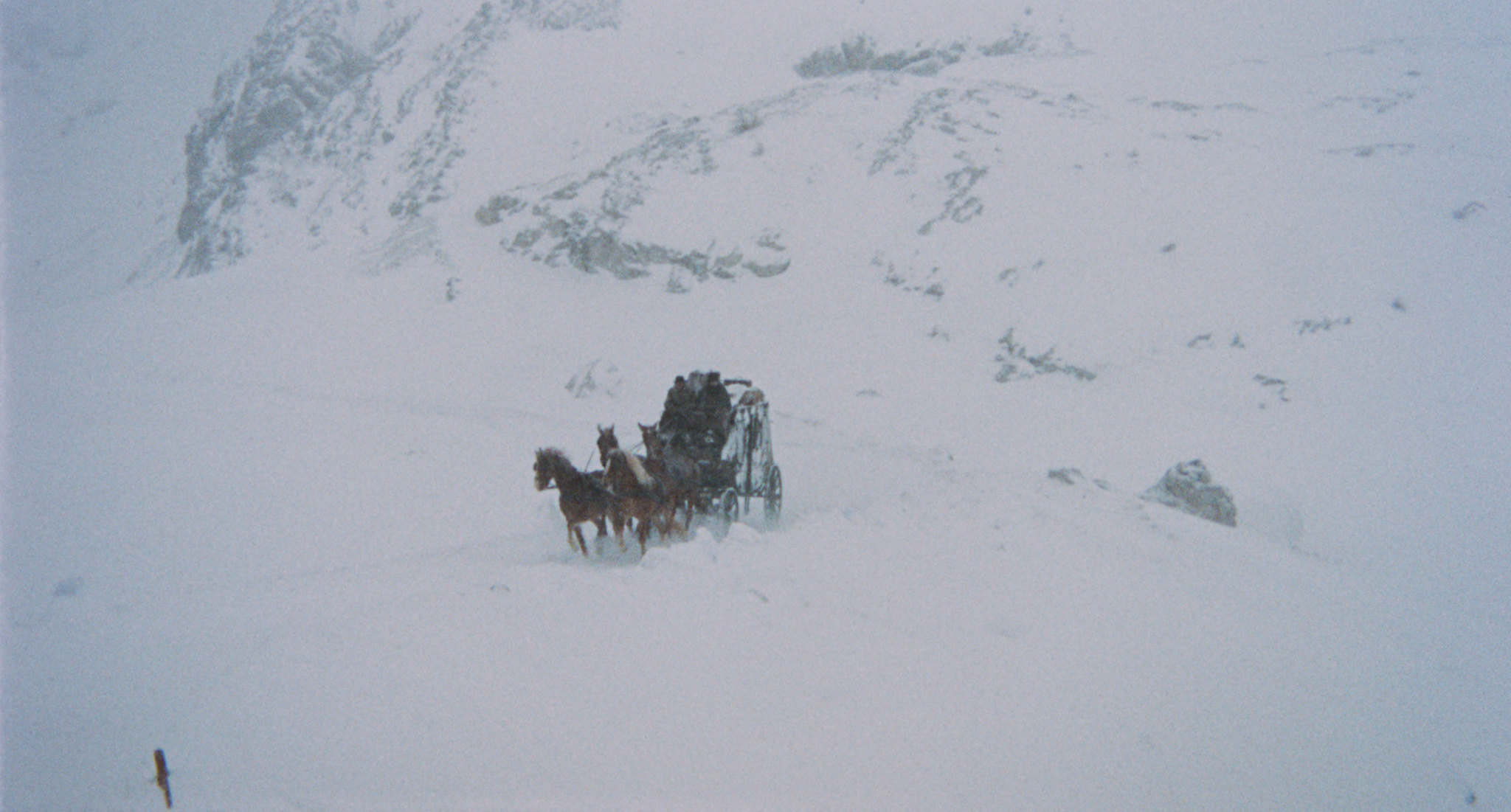 What has kept this movie on the minds of so many over all these decades is twofold (at least from the perspective of someone comparatively young): Firstly, it has been slightly hard to get for a long time. Some late night television broadcasts, the odd screening, but even with the advent of DVD, there has always been a lack of wide availability of this movie in acceptable quality. DVD came and went, and we had to wait until a few years back to finally see this one in somewhat restored versions. For this reason, it has always excuded an additional almost exotic attraction, as one of those spaghetti westerns that you had to purposely seek out, track down and then watch. And not only that, it is also just so different from the rest. Secondly, while it never ranked too high in popularity it has always ranked relatively high in critical appeal, but it’s been in recent years that it has undergone an increase in appraisal and wide discourse. It is now acknowledged as one of the very great ones, one of the very gritty ones and one of the very influential ones, a reputation that until the, probably, late 90s it did not have, one because it was too obscrube, and two because so many of today’s filmmakers have rediscovered the spaghetti western as a stylistic influence and paying hommage to Corbucci’s notorious snow western has become almost a must. The seeds of its oscurity were of course laid already in the 60s and 70s – fans will known that the movie never had a proper theatrical release in either the US or the UK.

For me as a spaghetti western fan it ranks among those gloomy atmospheric sinister ones that I love the most. I do enjoy the occasional lighthearted one, but my heart beats for those like The Great Silence: pessimistic, brutal, stylized and off beat. So it is always a tremendous pleasure to reserve an evening to revisit this one. The characters are an experience in itself, from the mute anti-hero to the cowardly judge, the snowy location and the majestic music. And as I always say: what better way to either discover or re-discover this masterpiece than by seeing it in such great quality as offered on this BluRay release. 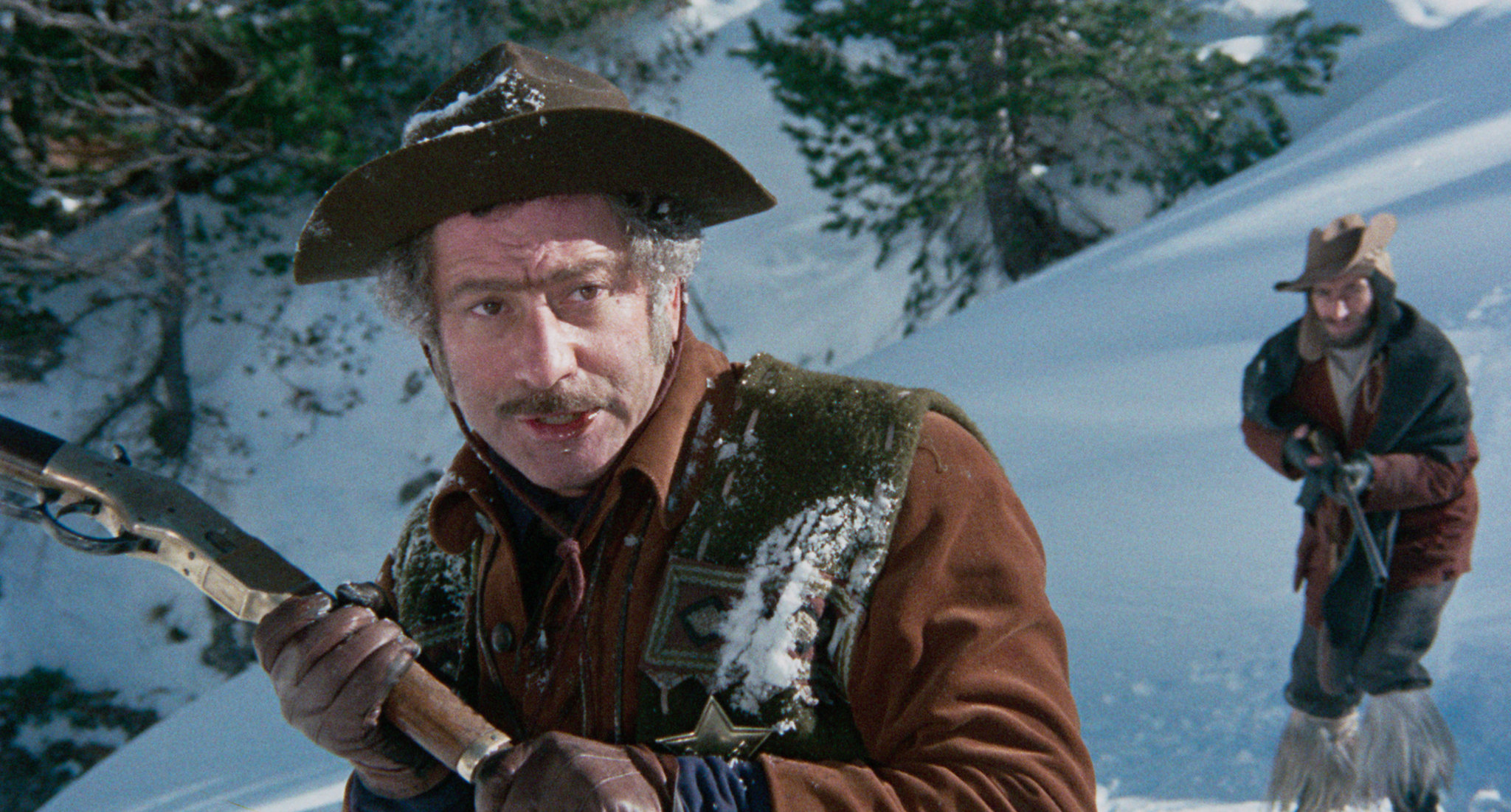 It is the fourth or so release of The Great Silence on BluRay, so there must have been some pressure on Eureka to top those that have come before. The very understated BluRay main menu gives way to the so far most impressive array of special features. The German BluRay already did a fine job (here is my review (in German)) with an audio commentary and an alternate version, and the US disc also had some extras and an essay (check out my review of that release) - yet with this one Eureka outdid themselves in a rather swell attempt to bring it all of that together. Now it's not gonna make everyone happy (e.g. no French or German audio or subtitles options, not the 4K mega-super restoration we all hoped for), but to get this out of the way: it's great, in fact it's really great, and you should buy it.

There's a choice between Italian or English in LPCM 2.0 mono, and optional English subtitles which have been newly translated for accuracy, doing away with some of the dubtitles that one had to cope with previously. Now as I finish this article I am travelling and currently unable to re-check the disc if the previous dubtitles are „also“ available, but then again I am not sure why one would want them. 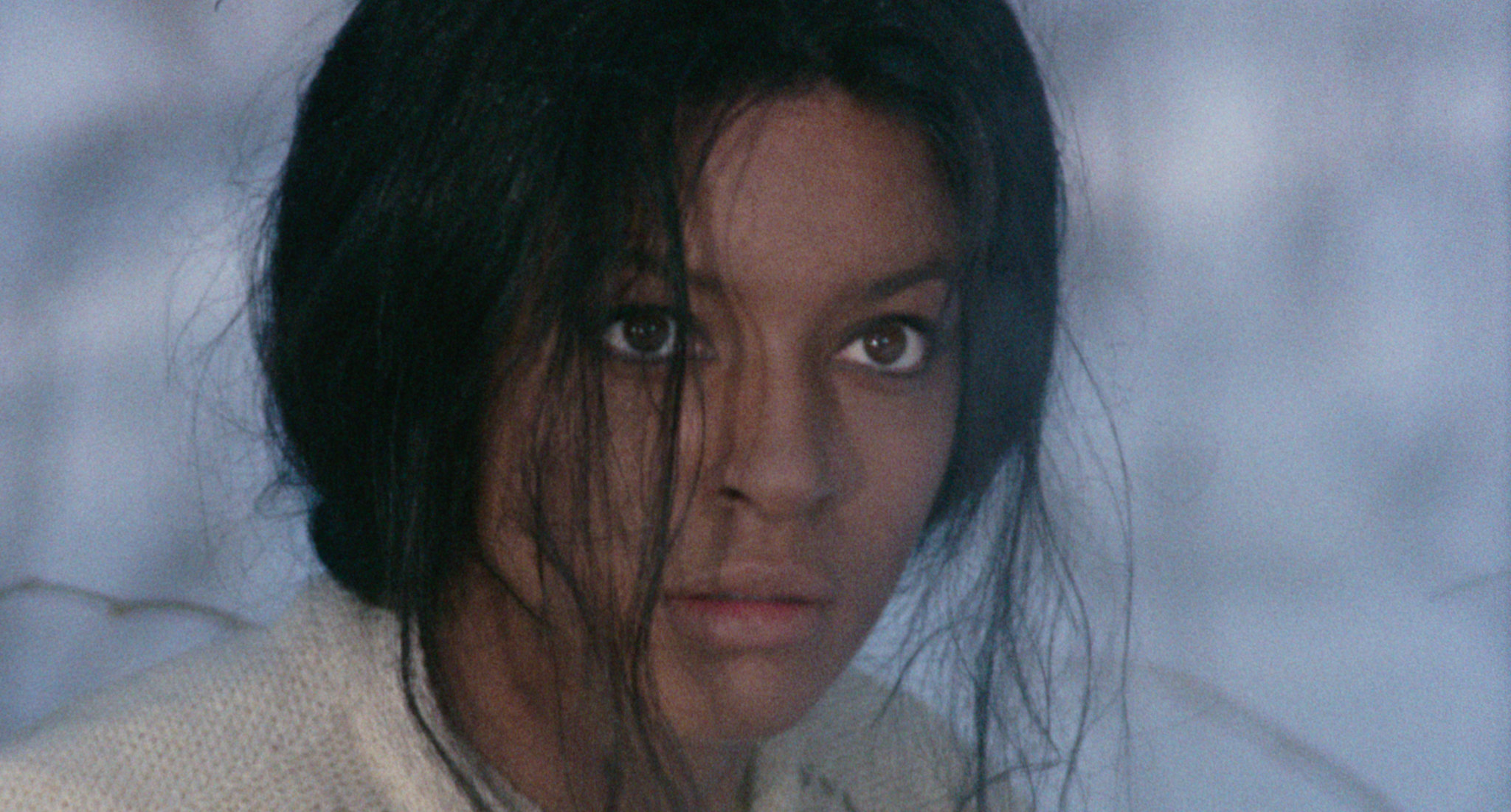 There are not one, not two, but three audio commentaries on this disc. Three audio commentaries on a spaghetti western, this is fantastic! The first is by Howard Hughes (author of, among other things, the book Spaghetti Westerns) and Richard Kwew (filmmaker and producer). The second is by Mike Siegel, who already provided one for the German disc, and this is his English version of that commentary, and just like its acribically researched German original, it is great! Mike is not only an expert on all things Peckinpah but a great documentarian, film historian and collector. You don’t wanna miss this commentary. The third is with filmmaker Alex Cox (author of 10,000 Ways to Die: A Director's Take on the Spaghetti Western), which was recorded live at Hollywood theaters, Portland in 2021 (you’ll notice from the audio presentation that it’s a live recording).

Unfortunately I lack the technical equipment to do proper side-by-side comparisons, so I had to switch back and forth between two rather different players (during live playback on one TV). Comparing this to the Film Movement disc (my review) it can be said that it is close to identical, only on my system did I have the impression that the Eureka disc has a bit more poppier colors (darks darker, colors more colorful), but I thought well, it could be a wrong impression from the way my players are set up, so I popped the Eureka disc into the other player and the impression remained (brighter greens and reds, etc). Curious as I was I reached out to them and they confirmed that Eureka have done some color grading, so my observation wasn’t that far off after all. Aside from that there is little noticeable difference between the two identical transfers and it’ll come down to taste and your keen eye. The chapter marks are different by the way. It is a fantastic looking transer with lots of detail, warm colors and plenty of contrast. 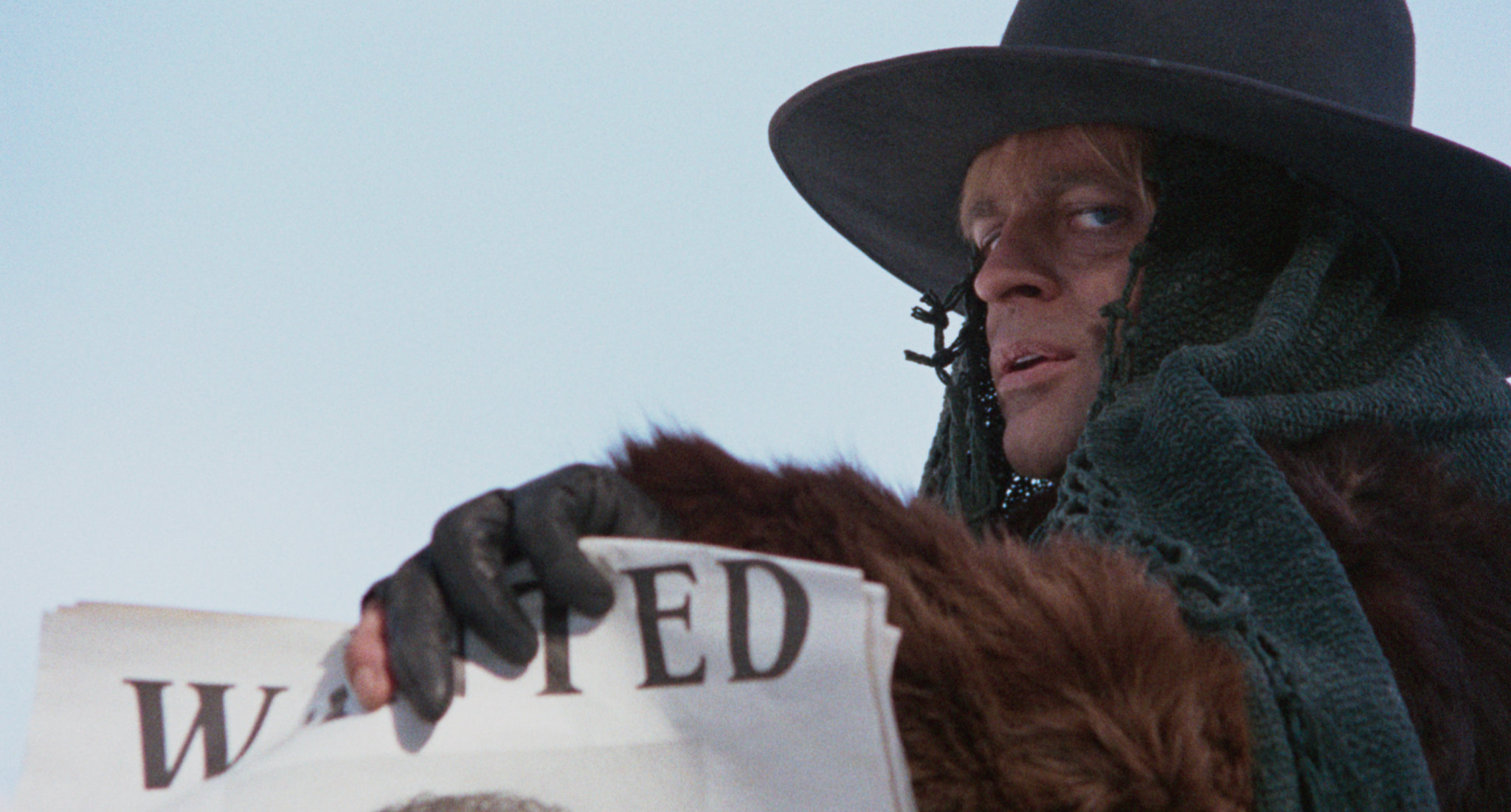 There is a lengthy booklet with two longer essays by Howard Hughes (one on the film and the other more focused on Klaus). Big thumbs up to Eureka for including a note that consumers should switch off any of the fancy smoothing options their TVs may have enabled. Some new TVs even now bring a „filmmaker mode“. Please head to Google to check how you can set up your screen for the most unadulterated movie experience. Lastly, the booklet opens with trivia by Alex Cox from a 1990 episode of the Moviedrome Guide.

There are three happy endings presented here, or rather two, the happy ending once with and once without Alex Cox’ commentary. The other is the ambiguous ending. These are also on the US disc. There's Austin Fisher (author of Go West, Comrade: Unearthing Politics in the Spaghetti Western) on The Great Silence (14min), an interesting intro and analysis of the film. Then there’s Cox on Corbucci (also US disc) and the by now rather well known 1973 „Western, Italian Style“ TV documentary, which was also on the US disc and has been used on an extra on some other spaghetti western releases before as well. I think it may even have been on DVDs of The Great Silence. Lastly, there’s three long form slideshows that have also already been in the German BluRay, as they are curated from Mike Siegel’s collection: Filming Silenzio, Promoting Silenzio and Silenzio in Pictures. To round things off there is the Italian theatrical trailer and the English trailer. 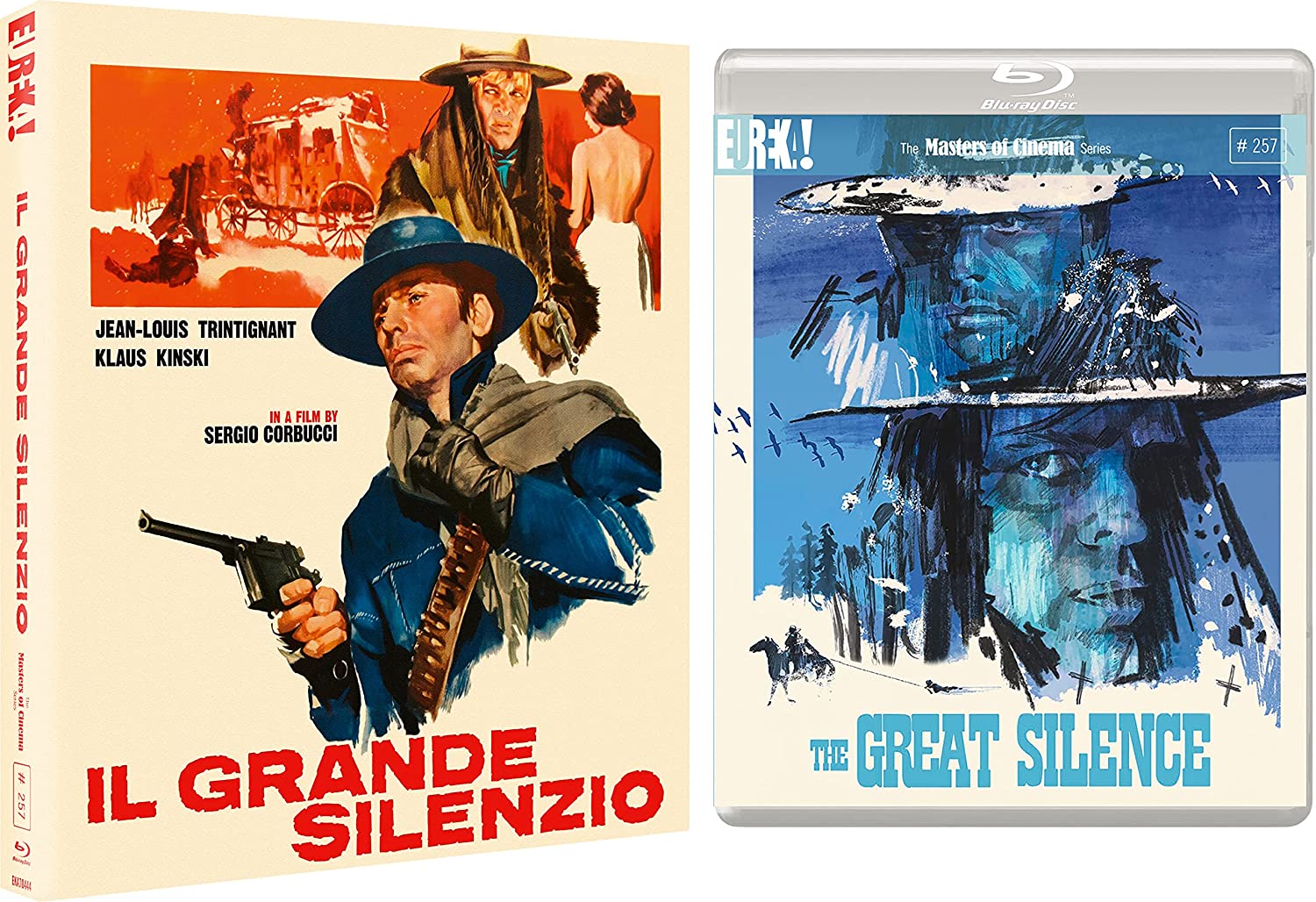 All in all, here’s my verdict: For those who already own either the German or US disc of this (I don’t know about the Asian releases I am afraid), this will come down to either taste or an interest in the additional extras. The US disc had considerably superior picture quality compared to the German disc but it wasn’t a milestone. This UK disc has the same transfer as the US disc with minor color grading. The language options may vary a bit, but between the US and UK disc are fairly identical, so all in all it’s the extras that will make the difference (and maybe the new subtitles). It is an absolutely fantastic disc, which will keep you busy for at least four evenings if you want to consume all the audio commentaries. This is a BluRay that does absolutely justice to The Great Silence, and I really see no damn reason why you shouldn’t buy it. Great job Eureka! 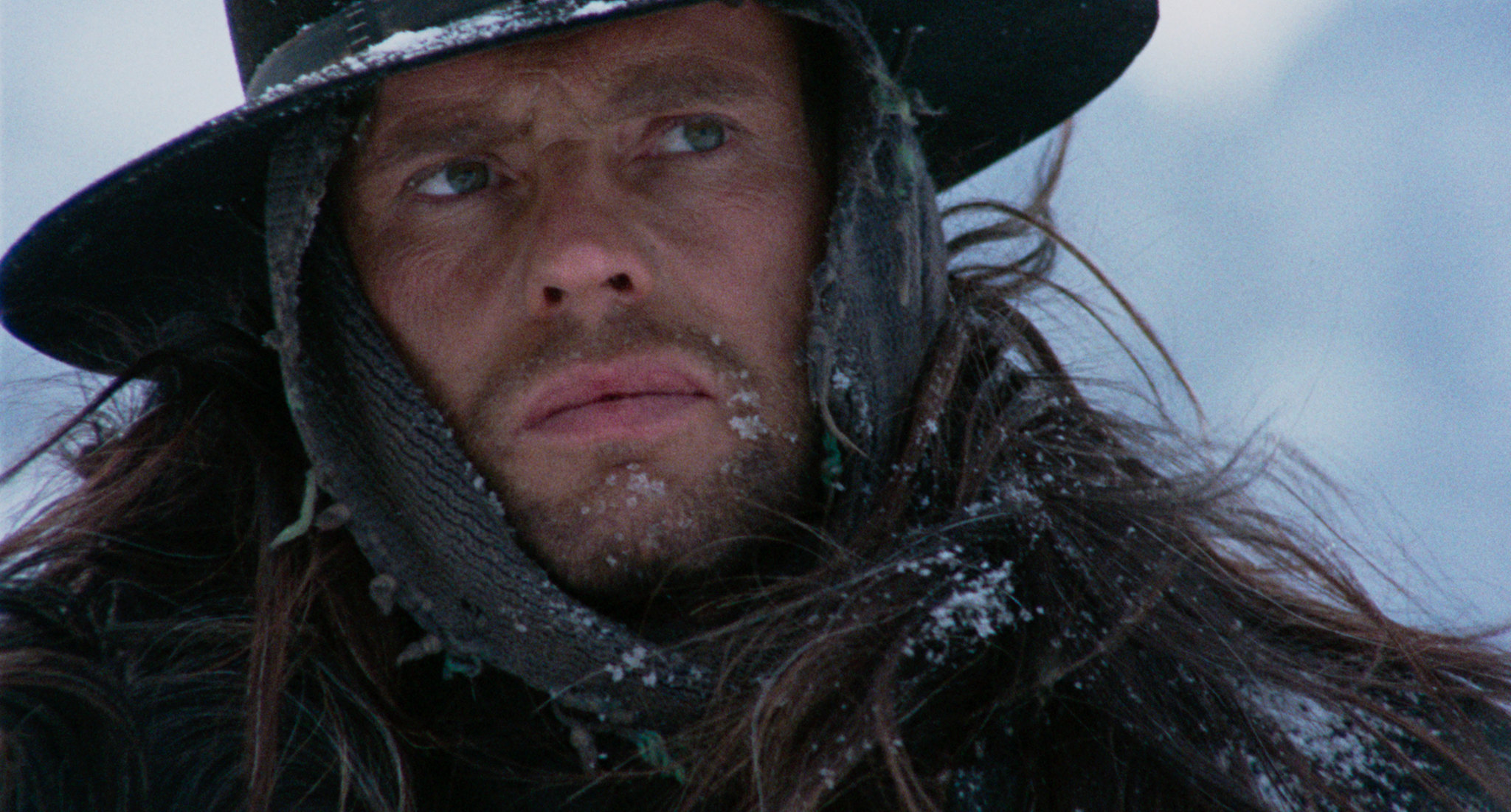