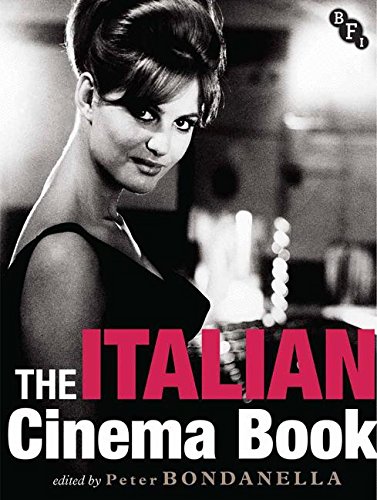 The Italian Cinema Book provides a comprehensive and dynamic guide to the major critical issues in the study of Italian cinema. It brings together some of the most distinguished and innovative scholars, critics, and film historians in the field to consider a number of historical, cultural, and theoretical issues. Moving beyond familiar approaches, the book showcases a number of new critical methodologies through detailed exploration of case studies and analysis of key filmic texts.

Chapters span the history and evolution of the Italian film culture over the past century. The silent era, the birth of 'talkies', realism during the Fascist period, the golden age of the art film, and the age of crisis up to 2010 are all discussed. The Italian Cinema Book offers a diverse range of original perspectives on the rise of Italian film stars, the structure of the film industry, the importance of the art and the genre film, and the representation of Italian culture and history in cinema.

About the author: Peter Bondanella is Distinguished Professor Emeritus of Comparative Literature, Film Studies and Italian at Indiana University, USA. He is the author of many celebrated books on Italian literature and cinema, and former president of the American Association for Italian Studies (1984—87). In 2009, he was inducted into the European Academy for Sciences and the Arts for his contributions to Italian cinema and literature.