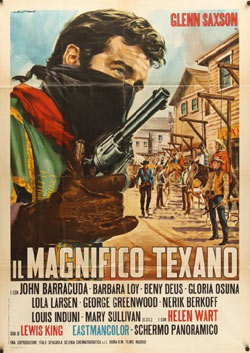 A home of a Mexican family is attacked by bandits. They burn down the house and kill all the people inside - at least that's what they (and all others) think, but one boy, the eleven year old Manuel manages to escape. Years later Manuel returns to the region incognito: his face half-covered, a poncho over his shoulders. Of course he was traumatized by the sight of his parents being killed and his home being burnt down, so all he's got on his mind is revenge. But there's also the lovely Evelyn, his sweetheart from the past, who thought he was killed in the fire, but never stopped thinking about him. Yes, they were only eleven years old, but it was more than just a puppy love ...

A romantic, highly melodramatic spaghetti western? Why not. The story about the boy turned avenger, whose mission is complicated by a romantic subplot, seems to have some potential. We soon find out that corruption and racial prejudice were at the base of things, and that is was Evelyn's father, the greedy judge Wilkins, who masterminded the massacre. Racial prejudice, a family feud, love among the ruins - it could - no should - have all worked, but frankly: it doesn't. The opening scene will remind genre fans of the gruesome opening of Death Rides a Horse, but we soon arrive in Zorro-land. Our hero - knick-named El Desperado - is wearing a poncho, but behind that black handkerchief and smeary make-up , he's no other than a Mexican nobleman defending the people of the land against tyrannical officials and other villains. When El Desperado rides into town unarmed, one of the Mexicans (about to be hanged) shouts: "No Desperado, if you turn yourself in, we lose everything!"

Capuano directed three Zorro movies in the early sixties, and this movie looks and feels like one, even if there are no swords and the character is put on a revenge mission. The rich people are dressed in the style of the Spanish nobility from the colonial era (even Evelyn, whose supposed to be American) and one of the more positive characters (the wife of the corrupt judge) is presented as a devoted catholic. The dirty atmosphere and anti-clerical tones of many a spaghetti are totally absent. As a result this is a very clean, good-natured spaghetti western, but luckily we get some gratuitous violence near the end. The only movie from the golden period which bears some resemblance to The Magnificent Texan, is the odd Starblack. Without being outstanding, the Robert Woods vehicle is by far the better of these two oddities. Glenn Saxson did quite well in a couple of other spaghettis, but here he seems completely out of place. Admittedly, neither the make-up nor the poncho are a great help. Apart from Luis Induni and Massimo Serato there are no familiar faces. Serato plays a character called Blackie and has adopted the actor's name of John Barracuda for the occasion (nevertheless his performance lacks bite). 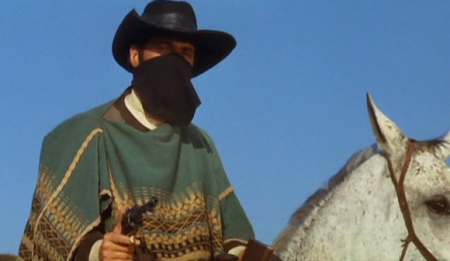 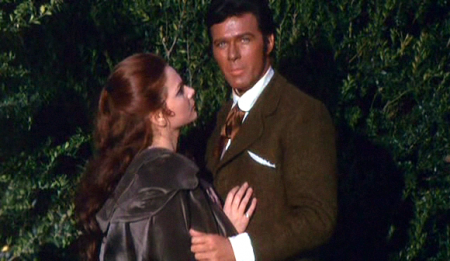 Retrieved from "https://www.spaghetti-western.net/index.php?title=The_Magnificent_Texan_review&oldid=114602"
Categories:
Cookies help us deliver our services. By using our services, you agree to our use of cookies.