The Mud and Blood Trilogy 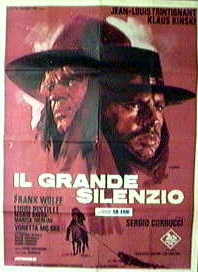 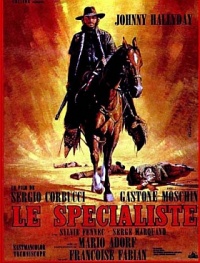 Django The Great Silence The Specialist

Whenever someone is discussing any Spaghetti Western trilogy, what immediately comes to mind is Dollars Triolgy. Sergio Leone's pilot films for which the genre perfected it's style, themes, and characters. But the genre contains many trilogies or at least possible trilogies. One of the best is Sergio Corbucci's "Mud and Blood Trilogy."

The "trilogy" started with the film "Django." Made in the wake of the Dollars films success and featuring similar characters in similar situations. But Django was decidedly different. It was much more violent, darker, and far more excessive. The film starred Italian new comer, Franco Nero. This film is responsible for launching Nero's career. His character was such a hit throughout Europe, that over thirty unofficial sequels were produced from 1966-1987. This film is responsible for expanding the popularity of the genre throughout Europe and the world. Except those countries which band the film for it's rather shocking violence.

In fact, all three of the films in the trilogy are known for their large amounts of violence. Particularly Django and the Great Silence. Django was heavily cut. In the film, a priest's ear is severed by a razor sharp hunting knife then is forced to devour his own ear! Although, violence in modern films is far more graphic, this was the sixties and such scenes were considered gratuitous and overly violent. When Corbucci made The Great Silence, he added even more gore and violence which resulted in the film's banishment from British cinemas. In the film, the graphic aftermath of gunfights were given close ups with fake blood, brain matter, and cold, dead, staring eyes. When the third film was released in 1969, violence was far more accepted by the public with the release of such films as Bonnie and Clde and The Wild Bunch. Therefore, The Specialist is far less shocking than the other films. It was also less violent than the previous two but still was rather violent. The particular violence that links these three films was Corbucci's tendancy of having the main characters either heavily wounded or crippled by the end. The Great Silence is the best example of this.

1967's "The Great Silence" is often considered an anti western. Instead of desert, we get snow, instead of the good guy killing the bad guy, the bad guy kills the good guy. The film is considered one of the best Spaghetti Westerns. It starred French actor Jean Louis Trinitgnant. As pointed out, the film was violent for the period and was widly banned. It also contained a very political subtext as most 60's Italian films did. But what it is most acclaimed for is its bleak atmosphere.

All the films of the trilogy have similar atmospheres. As we all know, there are a fairly low amount of Spaghetti Westerns that are upbeat and cheerful. But non were as dark and downbeat as the Mud and Blood Trilogy. The title says it all. They were all filmed in cold, wet, and bleak settings and were all very serious. The atmosphere for Django heavily resembled the Gothic Horror of Mario Bava. The Great Silence has been refered to as the Black Sabath of the Spaghetti Westerns. But The Specialist, although undoubtedly similar to the others, had a decidedly different feel to the atmosphere. Although it has the same feel of Django and Silence, it does not feature any gothic atmosphere. It does have the dead serious feel that the others have. It is possibly the most serious of the Trilogy but is not as downbeat as Silence. But it is equally melancholy and sad. By the end, there are no traces of real hope for the characters accept the fact that several live. But what is life in a Spaghetti Western? Surely the events that take place in the film do not leave the characters feeling warm and fuzzy. No. Their lives are changed. As are the lives of all the characters who are featured in this trilogy. But the death and lack of hope that is distinct about these films is what makes them so good. The atmosphere is very thick in these films and isthe defining feature of these films. They are dark, bleak, and violent. 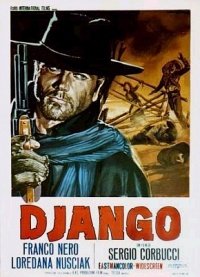 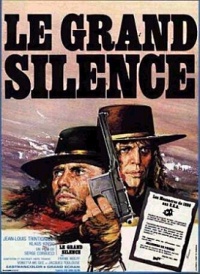 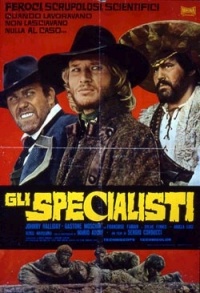 The third and final film of the trilogy was "The Specialist." It was also the strangest film of the three. It has many parallels between The Great Silence but is very different. Like Silence, it's characters are well defined and three dimensional. Or at least some are. But it is often called the most flawed. I really like the film and did not notice the flaws but someone else could easily identify them. But the film is very different. It is basically a murder mystery. Something that is seperate from the others. But it has features that link it to the other films. A cold mountainous setting, a deadly anti hero, a heroine in distress, and a crippled hero in the end. Also, it can be read as a political film. Which is what Sergio Corbucci intended it to be.

The Great Silence and The Specialist are both very political movies. Django is far less worried about politics but if youread closely enugh, you could possibly get something out of it. Silence switched the cliche of bounty hunters as good guy and made them the villains. Here, the bounty killers prey on poor defenseless bandits who were wrongfully charged in the first place. This obviously is intended to resemble the political termoil in Italy and is an attack on the Capitalist Western world of America. As most Political Italian Westerns did. The Specialist is far less political but still has something of a message. Here, Corbucci and Hallyday (the film's star) attack the members of the social movement in America. These people were very leftist and were dubbed hippies. But Halliday did not believe the hippies were doing anything to change the system they hated so much. So, in The Specialist, there are a group of pot smoking hippies who do nothing but cause trouble and smoke pot. But to make them even more pitiful, they are snibbling cowards who cry whenever they are chastised or punished for there misdeeds. This was an attack by Halliday on hippies who,according to him, were lazy. This element gives the film a social message about politically consiounce people thus making the film, partially political.

Now we come to the big question. Are these films a real trilogy, or just three seperate films that share some similarities? I am of the belief that these films are an accidental trilogy. I don't believe Corbucci set out to make a trilogy but the end result suggests that the films are related. So much so that they are widely believed to be a trilogy. To relist the similarities. All of them were filmed in cold, dark, bleak climates. All of them are violent. All of them feature a hero who is either dead or crippled by the end. All have similar atmospheres, and most of them have political messages. I consider this enough to make a trilogy. Especially if the films were all made by the same director. So, yes, they are indeed a trilogy.

One of the most underated trilogies of the genre. Or it is atleast underated as a trilogy while the films almost unanimously gather acclaim for their uniqueness. They are very good films that will make you feel more human. With superhuman heroes brought down to earth. Showing even these heroes have weaknesses. Like every huma does. What often happens in Spaghetti Westerns is that the heroes abilities are so exagerated that we come to believe they are indeed either ghosts or superhumans. But The Mud and Blood Trilogy will show what the real Spaghetti Western anti hero is. Just a man.