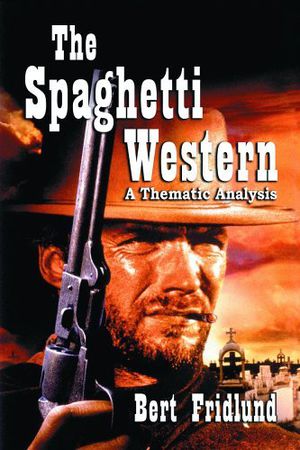 From Amazon: The 1960s and 1970s were the heyday of spaghetti westerns - low-budget films about the early American West mostly filmed in Italy. Though sometimes derided as excessively violent imitations of American-made westerns, they attracted a substantial following that has endured. With its classic elements of gunfights, gambling, heroes, sidekicks, love, and death, the genre is now perceived by critics as an intriguing object of study. This book analyzes the construction of the stories presented in spaghetti westerns. It examines the content of the Italian western, using concepts and constructs borrowed from scholars studying "pre-industrial" narratives. Plot, the constellation of characters, their relationship to each other, and their motives are studied. Films examined in detail include the seminal "A Fistful of Dollars" as well as "Django", "For a Few Dollars More" and "The Good, the Bad and the Ugly". The study then probes the elements of bounty hunters, gringo territory, the deprived hero, partnerships, betrayal, and comedy. An appendix details the top grossing Italian westerns between 1964 and 1975, including title, director, lead actor and intake. A second appendix provides a list of films quoted by Italian title and then by English title.

Retrieved from "https://www.spaghetti-western.net/index.php?title=The_Spaghetti_Western&oldid=97973"
Category:
Cookies help us deliver our services. By using our services, you agree to our use of cookies.