The Spaghetti Westerns of Giulio Petroni 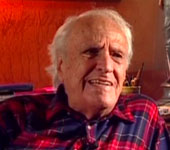 The Spaghetti Western is known for its flashy style. Of which, each director had his own style. And fans of the genre come to become more familiar with the director's name, so they soon come to expect either quality or lack of quality. Sergio Leone's name brings quality, while Demofilo Fidani's brings trash. But one of the best directors of the genre's name seems to go on without bringing any feeling to some. That name is Giulio Petroni.

I am an ardent Petroni fan and to me, his name brings quality. But it seems his apparent lack of a continuous style has made his name obscure while his individual westerns' reputations speak for themselves. People look at Death Rides a Horse with favor because many famous filmmakers sing it's praises. Among them, Quentin Tarantino. But few seem to find its appeal because of Petroni's name. His films are all very different than each other. After he directed Death Rides a Horse, he made a comedy. This may all be hard to understand but this is the fact as I see it.

For his first western, Petroni cast Lee Van Cleef and little known American actor John Philip Law as two wary partners in his dark revenge flick, Death Rides a Horse. Petroni directs the film with a style that seems to draw heavily from the westerns of Anthony Mann. He films many nightmarish flashbacks that remind our hero of the background of his mission. This, with Morricone's score and the subtle religious imagery, give the film the feel of a Gothic Thriller. But the film never relies on this atmosphere to make it any better or any more flashy. It uses it to add some flavor or spice things up during the film's slow sections. But Petroni's slow pacing was deliberate. So we have the mysterious feel to keep us in the dark yet on the edge of our seat until Petroni finally pulls back the curtain at the film's action packed climax. I find the film strange because it is probably the most mainstream of Petroni's films. At least plot wise. While the bulk of his westerns seem to be far from mainstream. It is more western at core than Tepepa which is not western much at all. Though is still a good movie. But maybe I label it mainstream because it reuses a now very cliched Spaghetti Western theme, VENGEANCE. 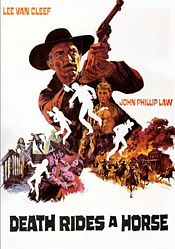 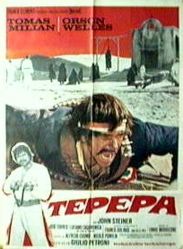 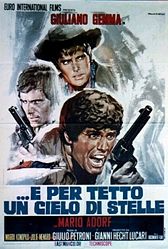 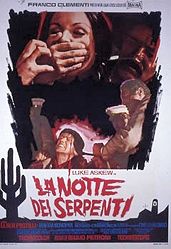 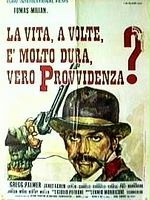 As I said, Petroni doesn't seem to have a continuous style and all his films seem different. But that is not to say his films are not stylish because they are. In fact, each film has a distinct tone and style that may be different than the others but is still very noticeable. That style is based heavily on what seems to be emotion. Death Rides a Horse is emotional obviously because of the film's plotline. A young boy's entire family is slaughtered before his eyes and many years later, his only friend in the world is alienated by him because of the man's dark secret. Tepepa is very emotional as it deals with passion, patriotism, heroism, betrayal and revenge. It also is very melancholy and very sad. As is Night of the Serpent which is definitely lighter than Tepepa but still a rather dark film. Our hero is a man tortured by his past which he tries to obscure with the use of alcohol and libation. Even Petroni's first comedy, And For a Roof, a Sky Full of Stars, is somewhat melancholy and at times, rather tear jerking. This is the factor that all Petroni's westerns seem to share. Except Providence.

Petroni's next western production would be one of many that were gifted with the inclusion of a script written by the intensely political hands of screenwriter, Franco Solinas. Solinas was an overtly political man and had written scripts for westerns before. Notably that of The Big Gundown which was also heavily allegorical in the political world. But Petroni's film is Tepepa. Starring Cuban American, Tomas Milian and English actor, John Steiner. The film is also famous for it's other cast member, the great Orson Welles. Welles participated in the film solely for the money and even tried to steal canisters of film from Tepepa on his departure from production. Like Death Rides a Horse, Petroni paces the film in a deliberately slow pace. The film is more about politics, obviously, than action. So therefore, most of the running time is dedicated to politics concerning the Mexican Revolution which may also serve as a allegory on Italian political turmoil. Tepepa, although sharing similarities with Death, is also completely different. Death is not political while Tepepa is heavily political. The atmosphere is far more melancholy and the characters are deeper explored. Which is a talent of Petroni.

Another aspect Petroni's films almost all seem to share is that of character development or study. Death Rides a Horse explores the themes of human nature relating to hatred and vengeance. Tepepa is as I said earlier, focused on the character's passion and patriotism. Even his first comedy, is rather heavy on character background and development. Which may not be saying much for a comedy western. Petroni's most obscure western, Night of the Serpent, has been praised by some critics for it's great character study and development. Even compared to Lord Jim. But it is also his most character oriented film. Tepepa is more focused on politics, while Death Rides a Horse is more focused on atmosphere, but remains more character oriented than Tepepa. Sky is a comedy and thus, focuses on comedy. I don't think I should even mention Providence.

After directing the melancholy political Italian Western epic, Petroni took a 180 degree turn and began work on a Comedy Western! Although it is probably Petroni's weakest western, it has many strong points. One of them being the film's brilliant title, A Sky Full of Stars for a Roof. One of the best titles of the genre I say. But it also has many dark, sad, or otherwise melancholy scenes that may sit rather oddly in the film. But it is these scenes that lift the film off the dirty floor of the routine Italian Comedy Western. These scenes are actually sometimes very sad and Morricone's mournful score illustrates this feeling. On the comedy level, this film fails. But as a fun buddy movie with some serious moments, this film excels. Many scenes are also improved solely by Morricone's great score. 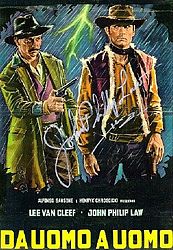 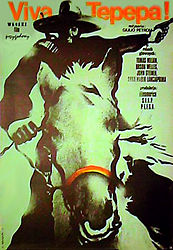 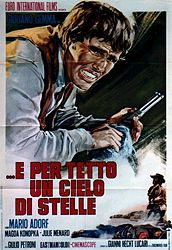 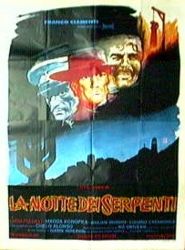 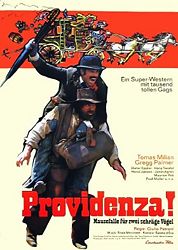 Sky was not Petronis last comedy spaghetti, he directed one more. The extremely odd and rather funny, Life is Tough, Eh' Providence?. The comedy style of Providence is far different than Sky's and is not serious at all unlike Petroni's other westerns which is why I am refraining from including it in this article, not to say I don 't like the film. But they both are filled with saloon brawls, fat sidekicks, and fancy shooting. Petroni should be credited in the Comedy spaghetti hall of fame because his film A Sky Full of Stars for a Roof is very similar to the famous They Call Me Trinity. It is possible that Sky served as an influence for Barboni and may have thus destroyed the genre with the creation of the dreadful comedy spaghetti westerns.

Petroni was on a roll. Three good Spaghetti Westerns in a row. But for his 1969 western, Petroni returned to more familiar territory. Night of the Serpent starred little known American character actor, Luke Askew who had become known as being one of the first actors to dare to grow out his hair. Serpent is most similar to Death Rides a Horse. Both films are slow and dark. Not to mention both share a thunderstorm as the backdrop for their opening scenes. But Serpent is different. It is not a revenge movie but a redemption movie. Our hero lives a pathetic life and has degenerated to shining shoes for bottles of liquor. But once he is forced into unsuspected circumstances, he must sober up in order to regain his precision with a pistol and coordination with his step. But by sobering up, he is also regaining his self respect and honor by saving the life of a child. Serpent shares Petroni's character study as mentioned but goes deeper. The darkness and sadness of the character seems to create the atmosphere on it's own. But Petroni does of course, have a way with atmosphere.

Petroni's westerns are all very atmospheric which may be a result of their style. They are often dark and entrancing. But I think I've said enough about that. His atmosphere is not subtle in his westerns. Nor is it absent. From what I have seen, his is constant throughout the movie. It may be hidden in some scenes but does reappear to reaffirm it's existence. An astonishing aspect of his atmosphere is that it fits completely with the theme of the film. Except for maybe Sky Full of Stars for a Roof. But in Death Rides a Horse, his revenge western, the atmosphere is dark and intense. Fits well with the pacing. Tepepa is also a depressing movie. A lot less dark but Petroni's atmosphere creates the mood. Night of the Serpent is perhaps the best example of Petroni atmosphere at it's best. The film deals with a drunk who accidentally shot his boy. So Petroni has it slow and sad. Not intensely sad but subtle in it's depression. So as a final verdict, in the bulk of his films, Petroni's atmosphere is ever constant, downbeat, subtly noticeable yet moody.

The Italian Western had been directed by many directors. Some bad, some great. Very often, the only one to ever receive credit is Sergio Leone. Leone was a great director but not the only one directing Italian Westerns. Giulio Petroni is one of those many who goes on without much credit. But his films are never overlooked. Only his name. But to some, Petroni is a great storyteller. His films are not muddled with allegory. If he has a political message to deliver, he is upfront with it and does not descend into pretension by constantly hinting at it as Sergio Sollima did. He is also not concerned greatly about action. He tells his stories slow but not too slow. He focuses on his characters far more than Gianni Sergio Corbucci. And he told stories better than Carnimeo. He is not too flashy, not too political, not too fast, but when it comes right down to it, he's a damn fine director. Viva Petroni!