The Stranger and the Gunfighter Review (Scherpschutter) 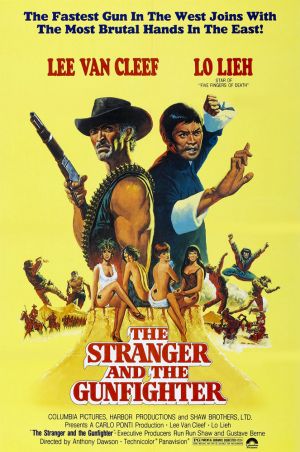 A young Chinaman is sent to the Far West to find out what happened to his late uncle's fortune. The info tattooed on four ladies' derrières lead to the whereabouts of the money. Lee van Cleef goes along for the ride as his guide and - eventually - buddy. A comic variation of Red Sun, often silly, but enjoyable thanks to the chemistry between the two stars and a couple of good jokes.

One of many hybrid movies from the Seventies, called a soja western by some. Its credentials are quite impressive: among the producers are Carlo Ponti and Run Run Shaw, and it stars both Lee van Cleef and Lo Lieh, the most charismatic star of the Kung Fu genre (except for Bruce Lee). The script tells a familiar treasure hunt story of a lost fortune that can be located by piecing together the info entrusted to different people, in this case four women, one Russian, one Italian, one American, one Chinese. The Italian title is Là, dove non batte il sole, in English: There, were the sun doesn't shine, and that's exactly the place where the info was tattooed, by a Chinaman called Wang, the owner of the treasure.

The movie is a bizarre concoction of comedy, martial arts and straightforward spaghetti western action, half-baked, but not entirely without entertainment value. Most of the comedy is daft, but there are a few inspired jokes too. The script's rather repetitive, but never wastes too much time in one spot, leading the two heroes from one set piece to another with admirable pace; they hop, so to speak, from bottom to bottom and end up in the villain's lair, located in an old mission post. It makes the best of the opposition between the polite, dutiful easterner and the selfish, roguish westerner, but without making any serious socio-cultural statements. Actually, Kipling's famous line East is East and West is West, and never the twain shall meet is denied in the film's finale, when Van Cleef insists on accompanying his new buddy into the mission post (and eventually even follows him to China!). 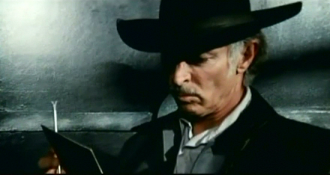 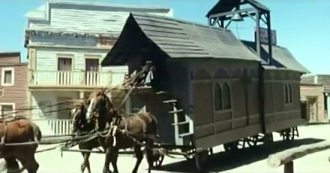 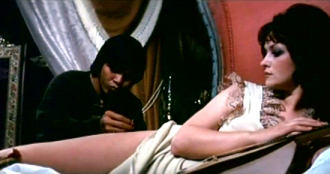 (2) For some words on King Boxer and its star Lo Lieh, see: http://www.coolasscinema.com/2009/02/shaw-brothers-kung-fu-cinema-part-four.html