Today It's Me... Tomorrow It's You Review 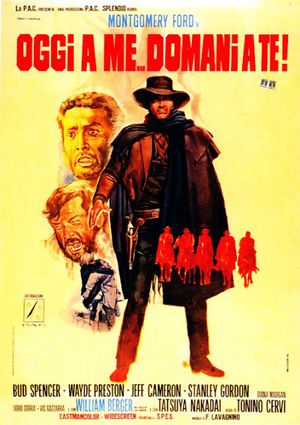 Bill Kiowa assembles a small militia to get even with Elfego, a machete wielding psychopath who has killed his Indian wife. An revenge western with a pich of Hollywood & Kurosawa. Also starring Bud Spencer)

Often presented as a "Spencer-without-Hill" comedy, this film must have created a lot of frustration among fans of the Trinity movies. There are a few hints at comedy, but they're of minor importance. This is a revenge movie in the best tradition of the Italian western, with a few winks at Hollywood and Kurosawa as well. The avenger, Bill Kiowa, is not a loner: before marching up against his arch enemy Elfego - who has surrounded himself with Comancheros - he assembles a small army of specialists in the tradition of The Magnificent 7 or The 7 Samurai.

It's immediately clear who is the avenger and who is the villain, but the explanation of what exactly causes Kiowa to seek revenge on Elfego is postponed, like in For a Few Dollars More. The first half hour, with Kiowa assembling his gang, is a bit short on excitement, but once we've found out what crime Kiowa was framed for by Elfego, the film takes its real start. Once again Elfego tries to frame Kiowa for a crime he did not commit, but this time the latter is saved by his gang members. The two gangs finally meet in a forest, in the film's protracted and violent finale. Before Kiowa and Elfego meet face to face, Elfego's men, stalked by Kiowa and his associates, are killed one by one, in rather gruesome fashion. It was one of those spaghetti westerns that met with censorship; in most versions a couple of moments that were cut during the flashback sequence are still missing. You'll notice the cut easily and will understand why it was made. 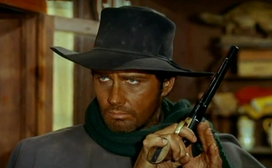 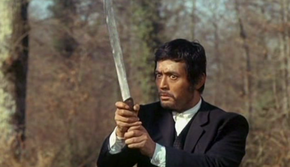 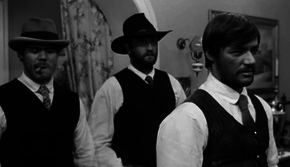 Today it's me ... tomorrow it's You! is the only spaghetti western directed by producer Tonino Cervi, who also co-wrote the script with Dario Argento. Most outdoor scenes were shot in the (cold and wet) autumn of 1967, in La Caldara di Manziana, northwest of Rome. A couple of scenes (among them a few town scenes) were apparently shot in mid-winter, snow covering the ground. Italian cinematographers were often blamed for having little eye for scenic beauty, but Sergio D'Offizi makes the best of the gorgeous landscape and the film really has a marvelous look with its rich autumnal colors. Kurosawa-actor Nakadai lends a certain melancholic aspect to his downright perverted and sadistic character, but there's a problem concerning this character: is he supposed to be Japanese or Mexican? His name is written as 'Elfego' - are we supposed to read it as 'El Fuego (the fire)? But this villain uses a sword to kill his victims, and does not burn their houses. His sword is not a samurai sword like some critics have maintained, but a machete. Maybe the man is a half-breed too, like his men and probably even his opponent: the name Bill Kiowa seems to indicate a mixed descent as well (1).

# Alex Cox on the movie (evaluation)

Alex Cox calls this a 'near perfect revenge western'. It's a rather straightforward spaghetti western, with a hero dressed in the style of Django and several references to Leone, most notably a scene in a gun shop with Halsey chosing a gun in Tuco style. Cervi also seems to have been inspired by Samurai movies (2) and film noir (just look at the clothes and fedora hats in the black & white flashback). The film has a fine supporting cast and the characters are colorful, but at the same time they lack depth; the action is too one-sided, with none of Bill Kiowa's men getting killed and only one seriously wounded, even if the odds are against them. There have been some complaints about Angelo F. Lavagnino's score; it combines typical Italian and American influences, but some think it's too quirky to fit the movie. The main theme may get a little on your nerves. 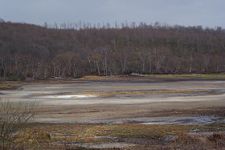 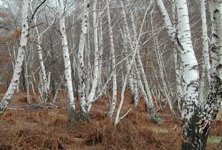 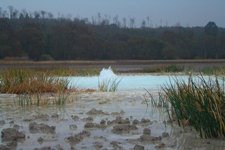 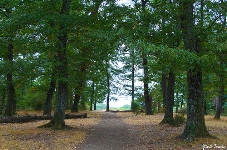 In 1988 la Caldara was declared a Monumento Naturale (Natural Monument). It's located inside the National Park of Bracciano-Martignano Lakes, about forty kilometers northwest of Rome. The hills are dominated by thick vegetation, maquis, and centuries old trees, mainly oak trees. An exception is la boschetta della betulla bianca with its remarkable stands of white birch trees (very rare this far south). D'Offizzi shot a couple of wonderful scenes in the boschetta. The hills border vast plains marked by marshes and even some small geysers (sulfer springs of gas and water, the water having a temperature of about 20°C). The finale was probably shot in the nearby Bosco di Manziana, one of the greenest areas in the centre of Italy, and more often used for spaghetti western with a 'green' setting, among others Un Dolaro Bucato and California. 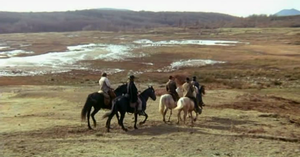 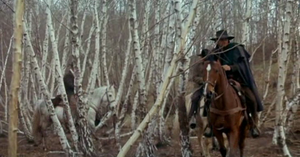 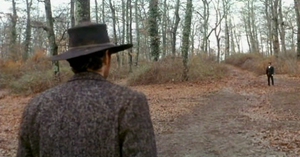