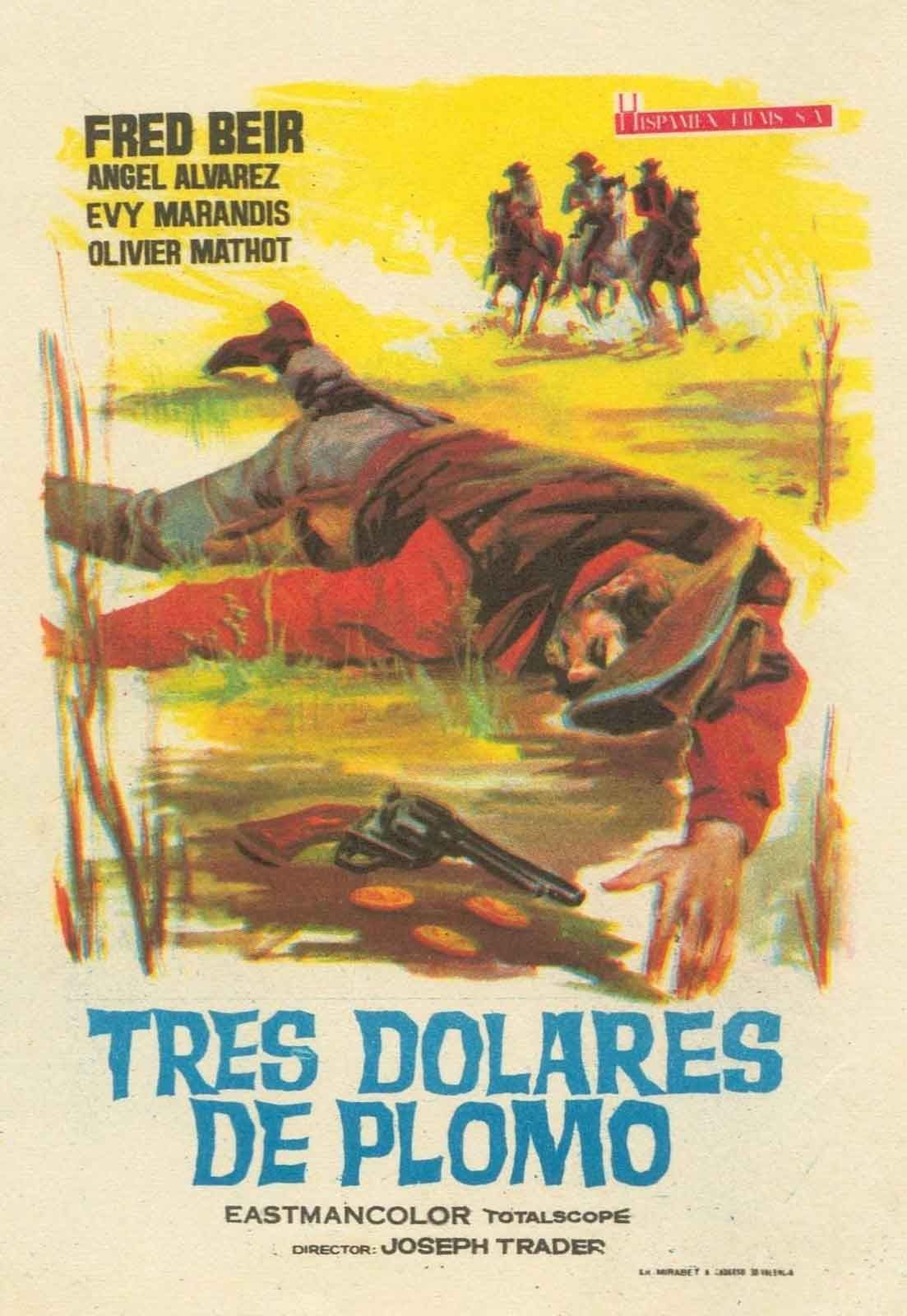 Rudy Wallace arrives home at the family ranch after fifteen years of absence. Only a few weeks ago his father was killed by cattle baron Morrison. Rudy intends to revive the farm but Mark, Morrison’s brutal henchman, and his gang make it clear that big boss Morrison allows no competition. They terrorize the farmers and instruct them not to sell Rudy any cattle. Just when Rudy opposes Mark in a fistfight, Raf, a Sheriff and ex-buddy of Rudy, comes to town to arrest Rudy for a murder commited in another city.

Retrieved from "https://www.spaghetti-western.net/index.php?title=Tres_dólares_de_plomo&oldid=128059"
Categories:
Cookies help us deliver our services. By using our services, you agree to our use of cookies.