A late tortilla-spaghetti western, made on a tight budget, with a rather chaotic script. In the first days after the Civil War, Alec Calloway, a Southerner, is tricked by the Clegg brothers into carrying out a robbery of a gold cargo belonging to the North. Calloway was told that the gold would be used to rebuild the South, but the Cleggs are only interested in personal gain. Calloway kills one brother and hands over the other to the authorities. On his way home he saves the life of halfbreed kid who was buried up to his neck in the ground. He calls the boy Mestizo* and raises him as his own son. Some fifteen years later, the boy has become Dean Reed and fallen in love with Calloway’s daughter Deborah, who’s promised to another man. Mestizo is ostracized and joins a local gang of thugs, led by a man called Clegg, who was recently released from prison, and has sworn to take revenge on Calloway...

The film seems to have all the right ingredients, but the revenge story doesn’t combine well with the melodratic story about the young halfbreed Indian who must deal with prejudice and racial hatred. The version I saw had a running time of a mere 78 minutes and was sloppily edited, with a succession of scenes that didn’t make much sense on a couple of occasions. Different directors and different screenwriters (among them Ignacio F. Iquino) are mentioned in relation to different versions (Spanis, Italian), so maybe different versions were edited for different markets. 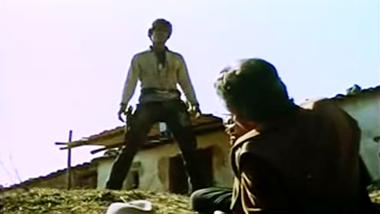 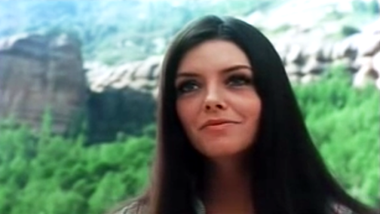 Singer/actor Reed - 'the Red Elvis’ - was an interesting name for spaghetti western directors: because of his communist convictions (and his appearance in a couple of East-German westerns) he had a fan base in Eastern Europe and he was a former stunt rider who could perform his own stunts; in this movie he repeatedly shows his spectacular horse-mounting techniques. With his blond hair and fair complexion he was an odd choice for the part of a halfbreed and the fake tan created by an over-zealous make-up artist makes him look like a member of the Black and White Minstells show; Patty Shepard (best known for her role as the black-clad villainess in The Man called Noon) is charming as Reed’s love interest. The movie’s best scene is an illustration of the title: his foster father has told him to count to twenty when he feels the urge to shoot someone, so when he’s challenged to a duel by two pieces of vermin, Mestizo asks them to walk twenty paces in the town street before he blows them to hell.

Simon Gelten is a long time contributor to the SWDb. "I'm not as old as Tom B. but I'm working on it. I hope to catch up with him by the end of the next decade.", he says. Simon saw all movies by Sergio Leone and several by Sergio Corbucci in cinema, most of the time in Eindhoven, the city where he was born. Currently, Simon is living in Turnhout, Belgium. Simon is active within the database as both Scherpschutter and his alter ego Tiratore Scelto.
Retrieved from "https://www.spaghetti-western.net/index.php?title=Twenty_Paces_to_Death_Review&oldid=106100"