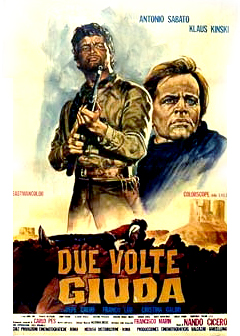 Like Enzo Barboni's The Unholy Four (Ciakmull, l'Uomo della Vendetta), Twice a Judas tells a story about an amnesiac gunman trying to unravel the secrets of his own life and the downfall of his family. A young man (Sabàto) wakes up, next to a corpse, in the middle of the desert. A gunshot wound to his head has caused memory loss, but in a nearby town, he is called 'Luke' by a man dressed in black, who wants to know if 'the killing is still going on'. With the help of this black-clad gunman, Luke is supposed to kill a man, but when he's told the victim is his brother, he saves his life and shoots the man in black instead. This brother soon turns out to be a town bully and nobody seems willing to help Luke to solve the mysteries. His only clues are a medaillon with a photos of himself and a young woman, and the name 'Dingus' that is carved in the stock of a rifle.

With its biblical references and Freudian overtones, Twice a Judas is not your average spaghetti western. It's a mystery yarn eventually blending into a flashback-driven revenge story, but contrary to what's customary within the genre, there's only one longer flashback near the end, explaining everything at once. The film tries, on a much smaller scale, to recreate some of the magic of Once upon a Time in the West, but is (understandably) only partially successful in this aspect. One wonders if it wouldn't have been wiser to unravel the mystery bit by bit, with a series of shorter flashbacks used progressively throughout the movie. The background story, with bankers hiring professional gunmen to kill Kinski, and Kinski terrorizing homesteaders to keep them from selling out to the bank, is also quite bizarre. Why is Kinski so attached to the land? The various mysteries are, of course, interwoven, and the respective answers will lead the story to its climax. 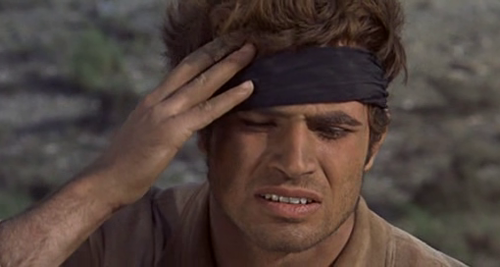 Twice a Judas is deliberately paced (some will call it slow), but it has good atmosphere; with Aristide Massaccesi (Joe d'Amato) behind the camera, it also looks great. Kinski is ideally cast as the mysterious brother, a character of the most suspicious kind, but Sabàto is also surprisingly good in a (for him) atypical dramatic role. Sabàto wasn't a bad actor, but he usually fared better in the more light-hearted variations, in which his boyish charm and athletic skills could be used to maximum effect. Twice a Judas is not really an action-oriented movie, and the finale, with Sabàto using his father's 'elephant gun', is a bit of a let-down, but one protracted shootout, involving the family dog, is particularly strong. It's also good to see a couple of not-so-familiar (predominantly Spanish) faces in supporting roles. Claudia Rivelli, who plays Sabàto's wife (the beautiful woman of the medaillon) is Ornella Muti's sister. In Italy she was best known for her appearances in so-called fotoromanzi (1). The score by Carlo Pes alternates more traditional spaghetti western themes with unsettling, experimental influences. 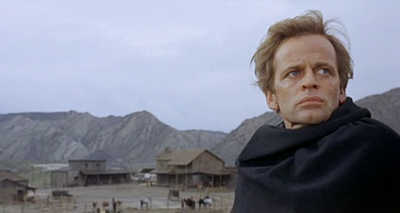 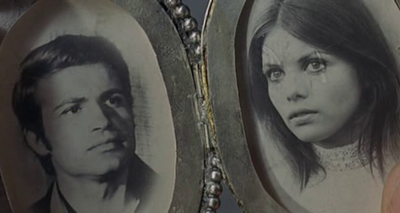 Generations of cut and fullscreen versions have ruined the reputation of the movie. The Spanish DVD is said to run 86 minutes, but the screen turns black after 83 minutes. This version can be watched on You Tube. The German DVD was slightly cut and didn't respect the original aspect ratio (it's in 1,78:1 instead of 2,35:1) (2). The Italian Medusa release finally comes up with a (seemingly) uncut version in the original aspect ratio; it also has excellent video quality, but the stock material regarding vultures, inserted in the opening scene, is vertically stretched, creating a very ugly contrast. The disc is not English friendly (it has Italian audio and Italian subtitles), but a fansubbed version is already available on the net.

Simon Gelten is a long time contributor to the SWDb. "I'm not as old as Tom B. but I'm working on it. I hope to catch up with him by the end of the next decade.", he says. Simon saw all movies by Sergio Leone and several by Sergio Corbucci in cinema, most of the time in Eindhoven, the city where he was born. Currently, Simon is living in Turnhout, Belgium. Simon is active within the database as both Scherpschutter and his alter ego Tiratore Scelto.
Retrieved from "https://www.spaghetti-western.net/index.php?title=Twice_a_Judas_Review&oldid=111670"