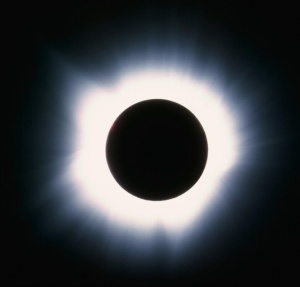 As we all probably know, the golden years of the Spaghetti Western lasted from about 1965-1968. By 1969, Italian film producers considered the Spaghetti Western a dead genre. Although Gianfranco Parolini proved them wrong with Sabata, there was no doubt that the genre was on its last legs.

By 1973, the genre came to an end. The number of Spaghettis made afterwards could probably be counted on one hand. But it was not dead after all. In fact, the mid to late seventies spawned a whole new subgenre of the classic Spaghetti Western. These became known as the Twilight Spaghettis because they were made in the Twilight years of the genre.

The first of these so called Twilight Spaghettis was a very (in)famous entry from equally (in)famous Italian director Lucio Fulci, "The Four of the Apocalypse." The filmed starred Italian superstar Fabio Testi. Along with American actor Michael J. Pollard. English actress and future wife of Peter Sellers, Lynne Frederick. Guianese actor, Harry Baird. To top this strange cast came genre regular, Tomas Milian in his very last Spaghetti Western role. The film is very violent and is filmed with usual seventies soft focus lens. It is packed with over full squibs which became more prominent as the decade progressed. It has a very strong sense of atmosphere which is probably the main attribute to which the late Spaghettis are known for. The film is not called a Twilight Spaghetti by all but some have labeled it so and I personally fit it in and include it in this article. 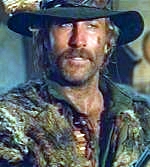 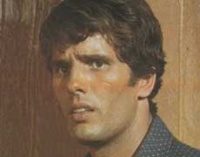 Atmosphere is indeed very thick in the Twilights. The films are very dark and serious. Therefore, the filmmakers create a very gothic atmosphere to seal the mood of the film. But the atmosphere is not the Gothic Horror of Antonio Margheriti or Mario Bava. It is Gothic in a "Medieval" sort of way. They are not creepy but are filled with striking imagery often seen in Gothic Horror. But the characters and events are not filmed or created in a horror film style. I say Medieval because these films heavily resemble an old Medieval landscape with fog, mud, and blood.

The first official Twilight is Enzo G. Castellari's "Keoma." The original script was written by genre actor George Eastman but neither the film's director nor the star, Franco Nero, were happy with it so they both rewrote it. The film is full of style and references. Castellari has said that he wanted the film to be filmed in the style of Sam Peckinpah's films. Peckinpah was a great director who used copious amounts of slow motion footage while filming action scenes. Many, almost all of the action scenes in Keoma are filmed in slow motion with Peckinpah style rapid cuts. The film's score is a subject of intense controversy. Nero has said he wanted the score to resemble Leonard Cohen to obtain a similar feel with Bob Dylan's score for Pat Garret and Billy the Kid. I personally love the score but others hate it.

The music of the Twilight Spaghettis is very distant from the scores of the Golden Age. Whereas the Golden Age featured trumpets, horns, orchestras and electric guitars, the Twilight spaghettis featured harmonicas, acoustic guitars, and synthesizers. The most famous of the Twilight scores were composed by Guido and Maurizio De Angelis. Their work on Keoma and Mannaja was intentionally similar to the work of Cohen and Dylan as I said. They more closely resemble folk songs rather than a normal spaghetti soundtrack. Often with an intensely deep voiced singer handling the vocals. The soundtrack to California was somewhat different. It more closely resembled that of a late seventies Blaxploitation movie with sad harmonicas and other instruments.

After completion, Keoma was released to great success and acclaim. Several directors took note of the film's success and started out on surreal projects of their own. Right after Keoma came "Mannaja" in 1977. Some might say that Mannaja is just a flashy Keoma rip off but this could be no further from the truth. Mannaja does have similar elements but it is something else. It is too unique to be a rip off. Mannaja is very gothic and dark. Obviously giving a very strong sense of Twilight atmosphere. It is far more violent than Keoma, that is a clear sign of the late period. It does not, however, use as much slow motion as in Keoma. It uses it sparingly. Only really using it for a few well filmed set pieces.

And this brings us to another topic. The technical advancement the film industry had made since the 60's. Another factor to these Spaghettis was the use of "modern" (70's) technology in film. Back in the 60's, techniques such as slow motion, squibs, and rapid editing were all still in the experimental stage. The first slow motion death scene was achieved by Kurosawa in The Seven Samurai, I believe. Also, the first use of a squib to emphasize impact of bullets, was in the American western, Run of the Arrow. Editing had never been a major aspect to the visuals of a film until around the time Django, Kill was made. The film employed a large amount of experimental editing techniques such as rapid cutting from one shot to another and putting images into the film upside down. This created a truly bizarre yet beautiful effect. All of these elements were put to copious use by director Sam Peckinpah for The Wild Bunch. Afterward, they all became fairly commonplace in the film industry. Especially Twilight Spaghettis. The main effect this technology gave to the late spaghettis was surreality. They gave to the film a strange dreamlike quality. It made these films very eye catching and although many do not see their importance to these films, I do. Keoma uses the most amount of slow motion and it is very entrancing to view because of this. For the slow motion footage, the Peckinpah technique of rapid editing was also included. Mannaja uses slow motion and fast editing for one key scene and it definitely looks very up to date. 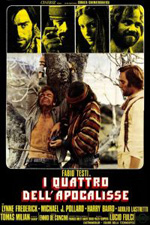 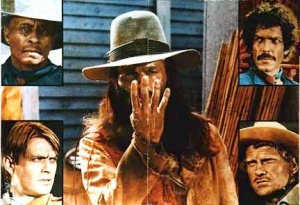 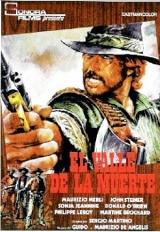 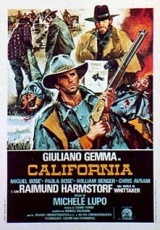 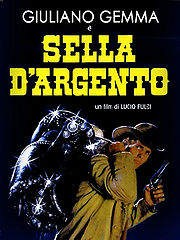 Another of the directors to notice the recent revival of the westerns was Michele Lupo. Lupo had a very small contribution to the genre. But California is his best. The film is set around the end of the Civil War and covers the travelings and adventures of Confederate veteran, Michael Random. Genre king, Giuliano Gemma was cast as Random and marks his first Spaghetti performance in two years. Back in the 60's, Gemma was busy to say the least. He made four westerns in 1965 alone. But he hadn't done anything since White, Yellow, and the Black. Cast alongside Gemma was Panamanian singer, Miguel Bose. Giving the film a conscience for younger crowds perhaps. The film is very dark and melancholy. It is not without flaws but is still very good. It is rather different from Keoma and Mannaja. It does feature a little bit of humor and features a wider range of locations. Filmed in both a muddied Italy and darkened Almeria. The muddy and dark settings though are both clear signs of Keoma's influence.

In fact, the setting of these films is very strange comparatively. These films, save for Four of the Apocalypse, all are set in dark, wet, muddy locations with decaying towns and eerie fog. The fog in these films, mostly in Mannaja, was added to disguise the decaying town sets that had deteriorated beyond repair. So fog was added. This adds a dark and horrific atmosphere to the films that also creates a very Gothic atmosphere. These films were mostly filmed in Italy's Lazio province. Lazio is very green and rocky. It in no way resembles the US but this fact just adds to the mythic feel these films emit. Their beauty and creativity distract from the clear inaccuracies. California was unique, in that half of the film was shot in Almeria. Though the film's color scheme disguises the normally bright blue sky and gives it a dark and gray look that closer resembles the muddy Italian locations used at the beginning of the film. Locations are a very important aspect to these films and are very unique.

Some do not like these films because they believe them to be too overly dramatic and soap operish. This is just a harsher way of saying these films are beautiful and depressing. They are true art films that will make a grown man cry. They may not be the best of the genre, but they are completely different and prefer their own style instead of trying to completely return to the old shoot em' up days of the 60's. They are truly different.

Retrieved from "https://www.spaghetti-western.net/index.php?title=Twilight_Spaghetti_Westerns&oldid=48451"
Categories:
Cookies help us deliver our services. By using our services, you agree to our use of cookies.