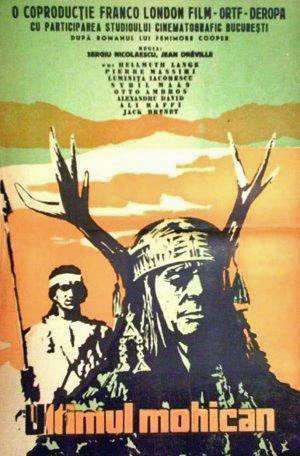 Chingachgook has a son, Uncas, who is about 18 years old. The mother, Wah-ta-Wah, had died in a harsh winter shortly after birth. Natty Bumppo had only been able to save Chingachgook and the infant when he arrived. The three help the two daughters of Fort Commander Colonel Munro, Alice and Cora, on their way to their father. Their Scout is Huron chief Magua, who was punished by the Colonel for arson and had been dishonorably released from serving as an Indian Scout. He plans to lead the group into a trap to take revenge, but Natty and the Mohicans take the lead while Magua flees. Later, the Delawares and Hurons, who suffer from food shortages, join forces after Munro refuses to help the Delawares. Fort William Henry is destroyed and all soldiers are killed, including Colonel Munro and Major Heyward, Alice Munro's fiance. In the end, Cora and Uncas are killed by Magua and then Magua by Natty. Chingachgook remains the last Mohican.

Adated from the "Leatherstocking Tales" by James Fenimore Cooper, this co-production between France, West Germany and Romania was shown in movie theatres in Eastern Europe and as second of a four part TV series in Germany and France.

The other parts of the series are Vînatorul de cerbi, Aventure en Ontario and Preria.

Retrieved from "https://www.spaghetti-western.net/index.php?title=Ultimul_Mohican&oldid=134640"
Categories:
Cookies help us deliver our services. By using our services, you agree to our use of cookies.