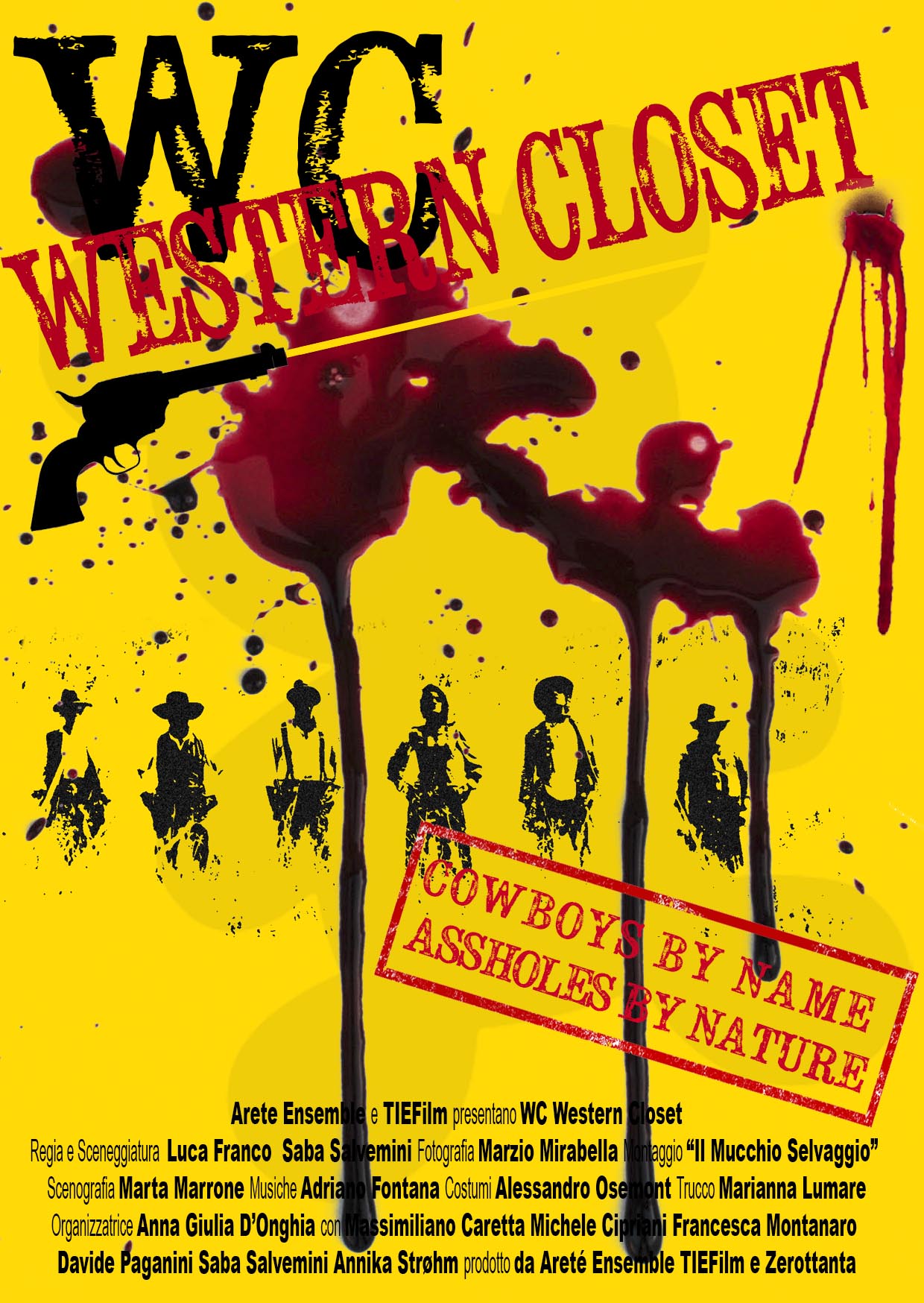 Six horrible and desperate individuals, unkown to eachother, whose lives meet in a torrid day in an arid desert of the West, united in a common destiny.

W.C. Western Closet tells the story about some strange and desperate individuals whose lives meet in a torrid day in an arid desert of the West. A thirsty and hungry lost cowboy lost in the desert. A peasant woman that lives alone with the memory of her dead husband. A fool who's morbidly attached to an old teddy bear. A good bad guy, but bad, but also good. A jealous whore looking for revenge. A lonely and horny sheriff. Their walk, their stupidity and a series of unfortunate events lead them to get to know each other, collide, hate, love and in the and kill each other.

A short film about human stupidity, brutality, misfortune and that bond that unites us all: chance... and about our common destiny: death. A tragic comic dance about human condition. The filmmakers wanted to talk about our western society and they chose the Western genre. A grotesque western that from comedy turns into tragedy. This project, a part from the creators' artistic and personal motives, also wants to be an homage to the grand second class Italian western cinema during the seventies and to its masters such as Enzo Barboni, Sergio Corbucci and many others.