Who Directed Ringo From Nebraska? 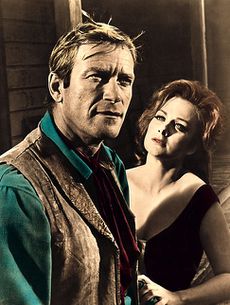 Ringo del Nebraska is a spaghetti western from 1965, you can read a review of it here

In this article we try to answer the question who actually directed the movie, the relatively unknown Spanish director Antonio Roman (who's credited for it) or the famous Italian director Mario Bava (who is thought to have taken over from Roman at a certain point)

A popular reading is that the original director, Antonio Roman, was fired (to be replaced by Bava) by producer Fulvio Lucisano after directing less than 10% of the film. This theory was introduced by the author Troy Howard, in his study The Haunted World of Mario Bava (2002) and has been adopted by most Bava scholars. There had always been rumors that Bava had been involved in the making of the movie, and Howard’s study seemed to settle things once and for all. But it might not be as easy as that. The film was Spanish-Italian co-production and Antonio Roman was one of the co-founders of the Spanish production company, Castilla Cooperativa Cinematographica. His wife, Yvonne Bastien (who plays Kay Hillman) co-executively produced the movie. According to Marco Giusti Mario Bava was brought in to assist Roman, not to replace him: 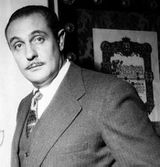 “[The film] was directed by the old Antonio Román, a Spanish director, who showed little affinity with the western genre. For this reason Fulvio Lucisano added a second director to the team, Mario Bava, who is said to have solved some of the problems Román had in regard to special effects, western action and choice of scenery. (...) It wasn’t easy to persuade [Román] to accept help. Apparently an agreement was made, that he would be involved in one Bava and Lucisano’s other projects of the same year: he co-wrote Bava’s Terrore nello Spazio (or at least put his name under the script). “

According to Giusti, most people involved in the production, with the exception of producer Fulvio Lucisano, seem to remember that Roman was the principle director, not Bava:

“Fulvio Lucisano says the film was almost completely directed by Bava, but the actors have other recollections. Aldo Sambrell thinks Roman was the only director, and this is also how Renato Rossini thinks about it: “Bava did second unit direction, and also did some action scenes; he supervised more or less the whole thing, but Roman was the one who actually directed the movie.”

Human memory is of course fallible. If the memories are correct, at least one of the names must be wrong. Aldo Sambrell is not in the movie so how would he know who directed it? Still this is how Bava’s son Lamberto Bava remembers things. In an interview to Italian magazine Nocturno he explained:

“Lucisano called for my father to solve some problems regarding sets and costumes, and I went with him to Spain. Tony Roman, this Spanish director, was a nice guy. We had a lot of fun when we found out how he proceeded on the set. He was always very happy with the first take, but then changed his mind and did the same scene over and over again. In the end he inevitably preferred the first take after all.”

Ringo del Nebraska is a fairly good-looking spaghetti western, but apart from a few odd angles it doesn’t look or feel like a Bava movie. But then again neither of his western outings did. Most of the scenes that seem to have a certain Bava imprint are shot on location and do not feature the lead actors, so it seems likely that they were directed by the second-unit director. But there’s also this odd scene with the shadow play performed by Yvonne Bastien while Ken Clark is approaching her. There’s a similar scene in Roy Colt & Winchester Jack, set in a bawdy house, where visitors are watching a nude woman’s silhouette on a screen (it turns out to be a hoax). Apparently Bava was fascinated by this practice. As said the scene features the two lead actors so I suppose it was directed by the first-unit director. Maybe Roman and Bava both did some first-unit directing.

Retrieved from "https://www.spaghetti-western.net/index.php?title=Who_Directed_Ringo_From_Nebraska%3F&oldid=100401"
Categories:
Cookies help us deliver our services. By using our services, you agree to our use of cookies.