Yellow Hair and the Fortress of Gold 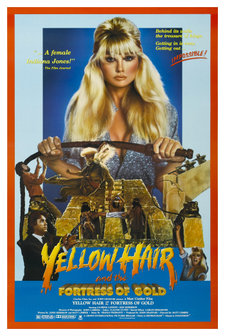 In this often violent, undistinguished western, Yellow Hair (Laurene Landon) and her cohort the Pecos Kid (Ken Roberson) are out to wrest some gold from the hands of the Tulipan nation but have to battle a Mexican general and several others, as well as the Tulipan themselves before they can even think of getting their hands on the treasure. Knowledge is on their side since they were raised by an Apache woman, and although Yellow Hair is more than just an average warrior-women, she is in just an average film, at best.

Retrieved from "https://www.spaghetti-western.net/index.php?title=Yellow_Hair_and_the_Fortress_of_Gold&oldid=128768"
Categories:
Cookies help us deliver our services. By using our services, you agree to our use of cookies.