A Minute to Pray, a Second to Die (Composite version) Review 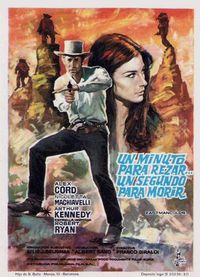 Alex Cord - an outlaw on the run - hears rumors about the governor of New Mexico offering people like him a pardon (and 50 dollars to make a new start) in the town of Tuscosa. Bounty hunters are gathering in the nearby town of Escondido and start runaways on their way to their redemption. With outlaws as victims and bounty killers as ruthless murderers, the similarities to The Great Silence are obvious. Like Trintignant, Cord has a handicap: he suffers from paralytic seizures (and fears to be an epileptic) which make him, the fastest gun around, temporarily defenseless against his enemies. All people who help him are killed and in the end the governor has to team up with him to fight off the bounty killers.

Thanks to a composite version created by autephex, I was able to see this movie for the first time in its uncut, 118 minutes version. In the shorter version (known to most people as the one with the happy-ending), Alex Cord's gunman - called Clay McCord - rides out of town redeemed, having received a pardon from the governor. This ending was created by simply omitting the final four minutes of the longer version, in which McCord (who has given up his guns) is defenseless against the human predators bushwhacking him just outside of town. But it wasn't the only cut made; throughout the movie scenes were either cut or abridged, reducing the running time by another fifteen minutes. Most cuts are brief and seems unimportant, but somehow they changed the mood of the movie considerably. It never felt like an upbeat movie, but I only now realized how sad, how downbeat it really is (3).

The story-line could be partly viewed as a reflection on the absurdity of government; the movie shows the West as a waste land, marked by a moral decay that has made people nervous and paranoid, and has driven some of them over the edge, among them the hero: in an early scene we see him putting an empty gun against a man's head, pulling the trigger, maniacally laughing when he notices the man's horror and fear. It's a strong scene, but it only makes sense in relation to this unhappy ending, as it shows the dark and twisted side of the character. Unfortunately it was missing from the longest available version, a Japanese VHS (from a TV screening). Cuts often lead to similar contradictions, but they have finally been solved in this composite version.

With the presence of Alex Cord, Robert Ryan and Arthur Kennedy, the film has an American feel, but the outrageous violence, including extended torture scenes and the killing of a priest and a women, mark it as a spaghetti western. That unhappy ending is quite brutal (it's by the way closer to El Puro than The Great Silence): McCord is shot off his horse, and while crawling and stumbling he's shot some four or five times more; it's a scene that remains quite sadistic today, probably because this film has - unlike most contemporary shockers - a 'human edge': we learn to care about these people, including madman McCord. The slow pace might put off some viewers and Alex Cord's languid voice and acting style may work a little disorienting, but if you're attuned to them, Cord is perfectly believable as the troubled gunslinger. Carlo Rustichelli's unusual score, inspired by Gustav Mahler, also works better in this uncut, more solemn version.

A Minute to pray, a Second to Die is an interesting genre example, and I would call it a must see for every fan of the genre, but it falls a bit short to be called one of the real great spaghetti westerns. Nicoletta Machiavelli is beautiful as ever, but her role is shoehorned, a couple of scenes seem foolish (Ryan's entrance in the town of Tuscosa for example) and they could've done more with some locations, the beautiful town of Escondido in particular.

(Some ideas for this review by autephex) 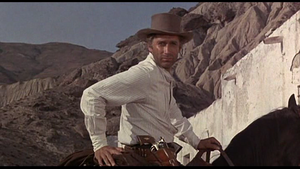 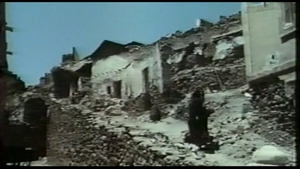 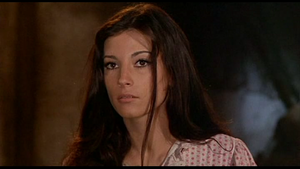 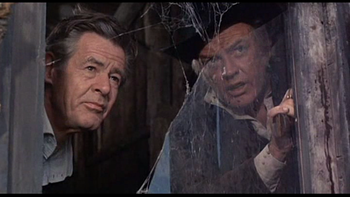 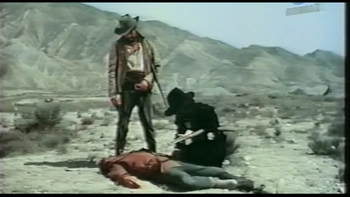