Difference between revisions of "All'ultimo sangue" 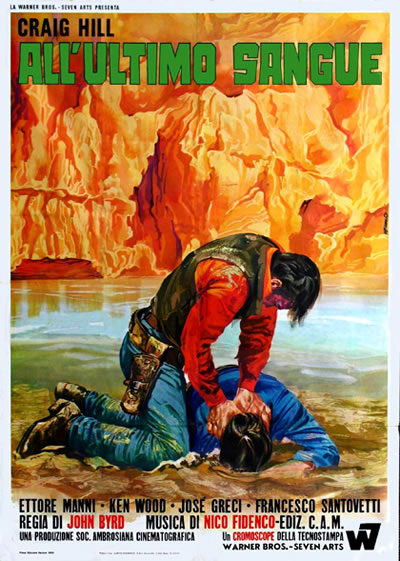 Clive Norton is a young captain ordered by his superior to recover two shipments of stolen army payroll gold. Clive enlists the help of Ted Hunter, a condemned prisoner whom he has released. They soon discover that two different gangs are responsible for the robberies...

Paolo Moffa directed this gritty spaghetti western under the name "John Byrd," and if the sets look familiar, they were previously seen in Sergio Leone's classic, Per Qualche Dollaro in Più. The film's most memorable performance comes from Cianfriglia, a former stunt double for Steve Reeves who later gained a cult following as star of the Super Argo series.