All the Colors of Sergio Martino

All the Colors of Sergio Martino is a book by Kat Ellinger about the Italian director Sergio Martino, the book is of course named after his movie "All the colors of the dark". 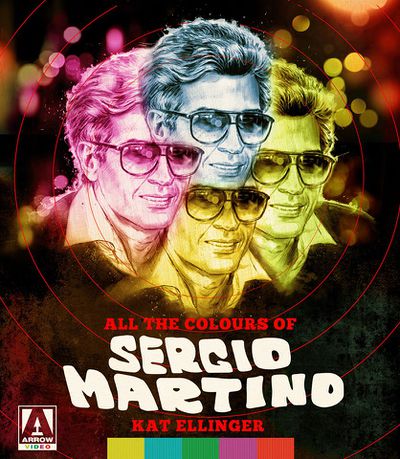 Mondo, giallo, crime thriller, cannibal, comedy, western, sci-fi and action. Over the best part of 40 years Italian Maestro Sergio Martino has worked tirelessly in many genres of film and television. While his output is often diverse in tone and theme, one thing you can always guarantee is that his cinema is always entertaining.

Author Kat Ellinger tracks the director s rise, from his humble beginnings as actor, production manager and second unit director, to his status as one of Italy s most celebrated cult filmmakers of the seventies and eighties. Chapters in the book include a run down of his earliest collaborations with the likes of Mario Bava and Umberto Lenzi and his first films, before turning to provide an in-depth examination of his giallo films. Later chapters focus on his crime thrillers, horror, sci-fi, action and adventure films; as well as delving into some of his most important partnerships; including those with his long-time producer, brother Luciano Martino, script-writer Ernesto Gastaldi and giallo and sexy comedy queen Edwige Fenech. In addition to this, the book takes a long look at some of the director s most overlooked films; including the massive contribution he made to the Italian sexy comedy and his major works for Italian television.

Retrieved from "https://www.spaghetti-western.net/index.php?title=All_the_Colors_of_Sergio_Martino&oldid=126450"
Category:
Cookies help us deliver our services. By using our services, you agree to our use of cookies.