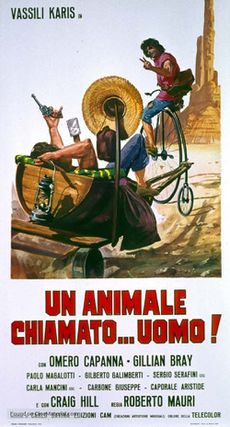 Two 'Trinity'esque brothers bicycle into Silver City and become involved with its citizens and the local rancher who runs it.