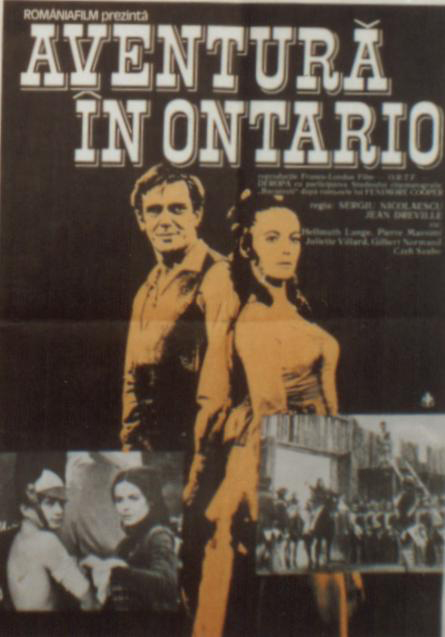 Natty Bumppo and his friend Chingachgook live from deer hunting. Bumppo does not obey the protective season, which is against the law. The Sheriff locks him up but Chingachgook can free him. Now they are outlaws. They flee west and arrive at Fort Henry. There they meet Major Dunham, the commanding Officer and acquaintance of Natty, as well as Lieutenant Jasper and Captain Muir, who compete for the favor of Majores' daughter Mabel. Muir has shared secret information about the fort with neighboring Sioux Indians. He also sent a fake message to Mabel, who had been brought to safety, according to which she should go back to the fort. On the way back, Natty and Chingachgook save her from a Sioux raid. The Sioux plan to attack the fort and lure the whites out to weaken it. Major Dunham falls in the fight against the Indians. In the end, the traitor is exposed and killed.

Retrieved from "https://www.spaghetti-western.net/index.php?title=Aventure_en_Ontario&oldid=114773"
Categories:
Cookies help us deliver our services. By using our services, you agree to our use of cookies.