Difference between revisions of "Blind Tom" 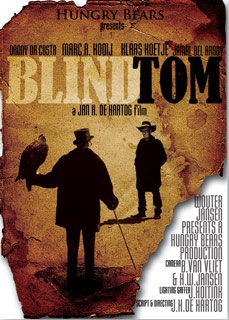 A bird of prey skimming over a desert landscape, a blind man stumbling upon a stranger who says he’s been waiting for him, a sniper waylaying in the background … Nobody can be trusted in Jan H. De Hartog’s new hutspot western, full of violent action and tongue-in-cheek humor.

There are more people willing to kill Blind Tom than he had counted on, but then again, the blind man has more weapons than his opponents had reckoned with ..

And then there’s still this banjo player, playing his tune …