This page is our personal hall of faml'e. A reminder to us all that even though considered a B-genre, Spaghetti Westerns were full of great characters, played by great people. Many have passed away, and while we are young growing up re-watching all these classics, many more will probably leave us. May they be remembered. What follows, is a work-in-progress, a growing list of legends who have passed away...

Veteran Spanish director and writer Eugenio Martín died in Madrid, Spain on January 23, 2023. He was 97. He was best remembered for known for three classic Spanish films “Horror Express” (1972), “The Ugly Ones” (1966) and “A Candle for the Devil” (1973). Martín was born in Ceuta on May 15, 1925, and shortly after moved to Granada. There he would grow up secretly reading Lorca and León Felipe and poisoning himself with cinema. His first contact with what would later be his trade was in the cinema-club that he founded. And so on until the censorship of a Jesuit made him desist. "Granada was a prison then," he said in an interview. When he decided to go into exile, he would get the possibility of studying at the Madrid Film Institute and there he went with what was his first short film (“Romantic Journey to Granada”). Eugenio was married to actress Lone Faerch since 1970. Martín worked on four Euro-westerns: “The Ugly Ones” – 1966 [director, writer]; "Duel in the Eclipse” – 1968 [director]; “Bad Man's River” - 1971 [director, writer]; “Pancho Villa” – 1971 [director] and was scheduled as a director on an unmade western “Mudarra” in 1964.

Czech cinematographer and cameraman Jiří Machání (aka Jiří Macháne) died in Prague, Czech Republic on January 20, 2023. He was 82. Born on December 27, 1940 he graduated twenty-four years later he graduated from the university as a cinematographer. At first he worked ifor the Czechoslovak Army Film and as an assistant cameraman he participated in Jan Schmidt's gloomy vision “The End of August in the Ozon Hotel” and in Kachyňa's disillusioning fresco “Long Live the Republic”. He began his independent work as a cameraman with Schmidt's film “The Lanfieri Colony”, shot in the Soviet Union during the August invasion of Czechoslovakia. “His Funeral Celebration” directed by Zdeněk Sirový gave a true picture of the village in the 1950s and 1960s but ended up in the vault, it was not performed until 1990. Machání was the cinematographer on two Euro-westerns: “The Claim at Deaf Creek” and “David Sandel’s Last Shot” both in 1972.

Italian director, assistant director, writer and actor Giorgio Mariuzzo died in Rome, Italy on January 16, 2023. He was 83. Born in Venice on July 14, 1939, he started his career as an assistant director in 1968 and since the mid-1970s started writing screenplays and also directed a number of films. Best known for his collaboration with Lucio Fulci in the early 1980s, from 1985 he was mainly active on television. He wrote the story, screenplay and directed under the alias George McRoots the 1976 Spaghetti western “Apache Woman” starring Al Cliver and Clara Hopf.

The Italian choreographer, theater and television director Gino Landi died January 17, 2023, in Rome. Landi was a pseudonym of Luigi Gregori, he was born in Milan on August 2, 1933, he was 89 years old. As a dancer he began with Erminio Macario, as a choreographer hbut was also known as a director and writer for “Bárbara” (1980), “Waterloo” (1970) and “Roma” (1972). He was a choreographer on the Euro-western “Another Try, Eh Providence” (1973) with Tomas Milan.

Italian bombshell Gina Lollobrigida who starred in films including “Fanfan la Tulipe,” “Beat the Devil,” “Trapeze” and “Buona Sera, Mrs. Campbell,” died on January 16, 2023, in a Rome clinic. She was 95. Born Luigina Lollobrigida on July 4, 1927 in Subiaco, Lazio, Italy. Modelling work in her youth led to participation in a series of beauty contests, and she placed third in the Miss Italy pageant in 1947. She made her feature film debut the year before with a small role in the Italian-language “Return of the Black Eagle.” Lollobrigida played opposite Hollywood stars such as Humphrey Bogart, Rock Hudson, Burt Lancaster, Tony Curtis and Frank Sinatra, becoming one of the most recognizable cinema icons of the 1950s and 60s. She rivaled Sophia Loren, Marilyn Monroe and Birgit Bardotte as 1950’s 60s divas. Gina was also an acclaimed photojournalist. She appeared in only one Euro-western as Alica/Alice in 1971’s “Bad Man’s River” with Lee Van Cleef and James Mason.

German actress and voice dubber Uta Hallant died in Berlin, Germany on December 31, 2022. She was 83. Hallant had a short career as an actress but a long distinguished career as a voice actress. She dubbed such stars as Audrey Hepburn, Julie Andrews and Jamie Lee Curtis. Her Euro-western dubbing career consisted of over

Georgian singer and actor Buba Kikabidze died on January 15, 2023 he was 84. The Besides being a veteran singer and songwriter, Kikabidze was remembered for his acting roles, particularly in the much-loved Soviet-era comedy “Mimino”, in which he played a homesick Georgian pilot. Born Vakhtang Kikabidze Konstantinovich on July 19, 1938 in Tbilisi, Republic of Georgia he appeared in one Euro-western as Hertsog in 1973’s “The Adventures of Huckleberry Finn”.

The German actor and voice actor Lothar Blumhagen died in Berlin, Germany on January 10, 2023, at the age of 95. Blumhagen born in Leipzig, Germany on July 16, 1927, was the German voice of many international stars. His dark, rough timbre was unmistakable and perfectly underlined the appearance of a British gentleman. Blumhagen also stood in front of the camera again and again for television films and was also seen on theater stages. "His family mourns the loss of a humorous, warm-hearted and generous father, father-in-law and grandfather. We will remember him as an open-minded, art and literature enthusiast." Lothar voiced many Euro-westerns during his career.

Italian voice dubber and actor and Winner of the XII Targa "Gualtiero De Angelis" at the Festival "Voci a Sanremo" 2008; winner of the Lifetime Achievement Award at the International Dubbing Grand Prix 2009 died in Rome on January 2, 2023. He was 92. Born in Rome on June 20, 1930, he was the son of two antique dealers, he became a child actor by chance at the age of eleven, starring in the film Lighthouses in the Fog (1942): he then played small parts in three other films during the war. At the end of the conflict he began to act first in front of the microphones of EIAR in programs for children, then in prose, both in theater and in radio dramas with the Rai prose company, mainly at the Radio Roma headquarters. He later entered the world of film dubbing within the CDC cooperative, where he became one of the leading youth voices. She voiced such actors as Anthony Perkins, Alain Delon , Ryan O'Neal, Russ Tamblyn Tomas Milian and Peter Lee Lawrence. As dubbing director he worked on all the films of Luigi Magni and those of Mario Monicelli starting from the film Camera d'hotel (1981). In 1999 he retired from the artistic activity. Turci was once married to voice actress Serena Verdirosi [1947- ], with whom he had one son, Francesco.

Italian actress Tamara Baroni died at her home in Natal, Brazil on December 28, 2022. She was a week short of turning 76. Baroni was born in Parma, Italy on January 3, 1947, and finished fourth in the 1967 Miss Italy beauty contest. She then became a model and married to Gianni Garbellini which was later annulled. Tamara became a journalist for several newspapers in her hometown of Parma and also wrote two books of poetry. She appeared in a few films but preferred the stage. She moved to Brazil with her third husband Gianni Garbellini and three children. After her acting career she became a realtor. Tamar appeared in one Euro-western “A Gunman Called Dakota in 1971 as Scott’s daughter. 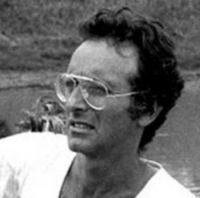 Italian director Ruggero Deodato died in Rome, Italy on December 29, 2022. He was 83. Ruggero was born on May 7, 1939, in Potenza, Italy, and grew up outside Rome. One of his close friends at the time was Renzo Rossellini, the son of famed Italian director Roberto Rossellini. Knowing Ruggerio's love for the movies, Renzo persuaded him to work as a second unit director on some of his father's productions. From 195819-67 Deodato worked as a second unit director for several cult film directors such as Anthony M. Dawson (Antonio Margheriti), Riccardo Freda and Joseph Losey. Deodato's directorial debut was the action-fantasy "Hercules, Prisoner of Evil” (1964), replacing Margheriti who quit the production. Deodato's claim to fame was the spaghetti western “Django” (1966). His career took off in 1968 when he directed a number of films based on comic-book characters and musicals. It was while shooting one of these films that Deodato met, and later married, Silvia Dionisio. From 1971-75 Deodato worked in television, directing the series’ All'ultimo minuto’ (1971) as well as TV commercials, including ones for Esso Oil, Band-Aid and Fanta. Deodato returned to filmmaking with an erotic melodrama and a police thriller. At the same time his marriage fell apart. In 1977 Deodato directed the notorious “Jungle Holocaust” (1977) and later “Cannibal Holocaust” (1980). Deodato traveled to New York City and directed the disturbing thriller “House on the Edge of the Park” (1980), a semi-follow-up to Wes Craven's “The Last House on the Left” (1972). Deodato made “House on the Edge of the Park” (1980) in just 19 days on a tiny budget. He then returned to directing action and horror flicks. Ruggerro directed 1969’s “In the Name of the Father” starring Paolo Villaggio. He also was an assistant director on “Django” and “Ringo and His Golden Pistol”, “Navajo Joe” both (1966), “The Hellbenders” and “Wanted” (1967).

British actor Christian Roberts died on December 26, 2022. He was 78. Born Christian Charles Roberts in Southmoor, Berkshire, England. He’s best remembered for his film debut role as the rebellious Denham in the 1967 film “To Sir, with Love” starring Sidney Poitier, Judy Geeson and Lulu. He was educated at Cranleigh School, Surrey and at the Royal Academy of Dramatic Art. Much of his acting career was in theatre. Roberts lone Euro-western appearance was as Adam Galt in the 1969 British film “The Desperados! starring Jack Palance and Vince Edwards and George Maharis.

Director of photography Giurato Blasco died on December 26, 2022. He was 81. Born in Rome on June 7, 1941. He received his professional training with a series of short-length films, winning the Florence “Festival dei Popoli” with “The Furthest Island”. His camera operator career began at the side of Dario Di Palma, then Rotunno and Kuveiller, collaborating with the greatest directors of the period, such as Fellini (“I Clowns”, “Roma”), Zurlini, Gregoretti, Giraldi, Questi, Wertmuller, Vancini, Pasolini, Maselli, Petri, Monicelli, Lumet, Bolognini and Pontecorvo. Blasco was a camera operator on Sergio Cobucci’s “The Specialist” starring Johnny Hallyday and Mario Adorf.

Retrieved from "https://www.spaghetti-western.net/index.php?title=Cemetery_with_crosses_-_legends_lost_but_remembered&oldid=140054"
Cookies help us deliver our services. By using our services, you agree to our use of cookies.